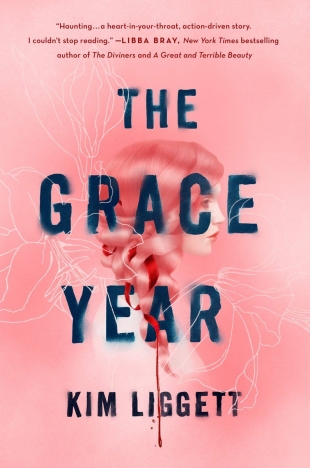 The Grace Year by Kim Liggett

Kim Liggett’s The Grace Year is a dystopian novel that focuses on what happens when a group of sixteen-year-old girls are banished to a remote camp and forced to fend for themselves for a year.  Why? Because the society they live in believes that they all possess dangerous magic and must be purified before they are suitable to take their rightful place in society.  Sounds crazy and a little creepy, right?  Well, buckle up because that’s just the beginning of all of the craziness and creepiness that is to come if you pick up a copy of The Grace Year.

I want to start by talking about the world the story is set in.  The world of Granger County grabbed my attention right away. It’s a very dark place and has an almost Puritanical vibe to it.  The men are clearly in charge, while the women have no rights whatsoever.  This element of the story has a very Handmaid’s Tale feel to it.  The women’s role is to grow up, become wives, and bear children. Or if that isn’t an option, to go and work as laborers.  Females are also believed to possess a very dangerous and seductive kind of magic.  The men of the town believe that this magic must be driven from women of marriageable age before they can be suitable wives.  To accomplish this, the town has a ritual where all girls take part in a “grace year” when they turn sixteen.  They are all sent away to a remote camp where they must fend for themselves for an entire year.  The belief is that this is some kind of a purification ritual and the girls who survive it will come home ready to submit to their husbands or to a life of labor if that is their destiny.

Sounds like a fun place to live, right?  Yeah, the protagonist of the story, sixteen year old Tierney James, doesn’t think so either. The bulk of the story focuses on Tierney and how she thinks this whole patriarchal society is b.s. and has no interest whatsoever in becoming a wife or mother.  I loved Tierney right away, especially because her views about everything put her at odds with most of the people in Granger, including most of her fellow grace year girls.  A survival story always has its fair share of tension anyway, but the author ratchets it up a notch here by putting Tierney in the underdog role against all of these other girls that she is locked in with.

The author also effectively builds tension and suspense by having one of the rules of the ritual be that no one who makes it home from the camp is allowed to talk about what happened there.  Tierney and her fellow grace year girls have no idea what they’re walking into and I don’t want to say much about it either, so I’m going to leave it at this:  I’ve seen write-ups comparing The Grace Year to not only The Handmaid’s Tale, but also to Lord of the Flies and The Hunger Games and I’m here to tell you that those comparisons are spot on!  What happened in there had me flying through the pages and wondering who, if anyone, was going to actually make it back home.

I’ve already mentioned that this is a dark world, as is to be expected in a dystopian read.  I just also want to quickly point out that I think the book is best geared towards older YA readers.  While there are some hopeful moments sprinkled throughout as I found myself cheering Tierney on to be one of the survivors, by and large, this is a violent, even gory, read and it tackles dark themes such as mental and physical abuse, suicide, and many others.  It’s not a read for the faint of heart.

Kim Liggett’s The Grace Year is one of those books that had me wanting to scream “Down with the Patriarchy!” the entire time I was reading it. If a dark but powerful tale of survival and resistance sounds like your cup of tea, you should give The Grace Year a try.

No one speaks of the grace year. It’s forbidden.

Girls are told they have the power to lure grown men from their beds, drive women mad with jealousy. They believe their very skin emits a powerful aphrodisiac, the potent essence of youth, of a girl on the edge of womanhood. That’s why they’re banished for their sixteenth year, to release their magic into the wild so they can return purified and ready for marriage. But not all of them will make it home alive.

Sixteen-year-old Tierney James dreams of a better life—a society that doesn’t pit friend against friend or woman against woman, but as her own grace year draws near, she quickly realizes that it’s not just the brutal elements they must fear. It’s not even the poachers in the woods, men who are waiting for their chance to grab one of the girls in order to make their fortune on the black market. Their greatest threat may very well be each other. 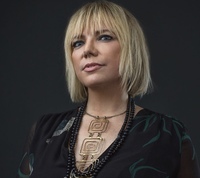 Kim Liggett, originally from the rural midwest, moved to New York City to pursue a career in the arts. She’s the author of Blood and Salt, Heart of Ash, The Last Harvest (Bram Stoker Award Winner), The Unfortunates, and The Grace Year. Kim spends her free time studying tarot and scouring Manhattan for rare vials of perfume and the perfect egg white cocktail. 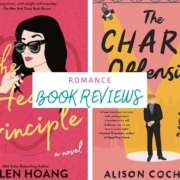