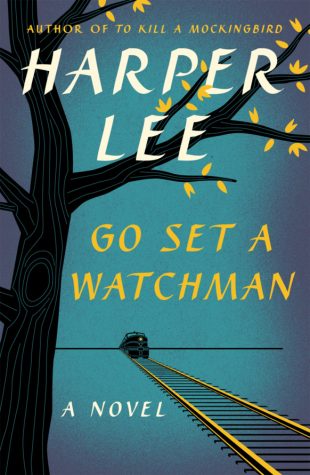 Ms. Lee uses the same characters and the same town in each novel to create a coming of age novel that also explores themes of  racism, poverty, and oppression, but “Go Set a Watchman” still stands out as unique from “To Kill a Mockingbird” in many ways.  For one, the narrative perspective is completely different.  Instead of seeing the horrors of racism through the eyes of eight year old child narrator Scout Finch as we did in “Mockingbird”, we see them through the eyes of a more worldly twenty-six year old young woman in Jean Louse Finch (formerly known as Scout).    Maycomb County, Alabama is still at the heart of the narrative, although instead of being set during the Depression Era as Mockingbird was, the action takes place two decades later in the beginnings of what would become the Civil Rights Movement.

What I liked most about the novel was the inner conflict that Jean Louise experiences as she struggles to reconcile in her own mind the Maycomb County she knew as a child with the reality of what she sees when she returns to her hometown for a visit – a town that is now filled with hatred, racism, and pro-segregation rhetoric.  As fiercely independent and strong as she seems to be, when Jean Louise sees her father, Atticus, and her boyfriend, Hank, also engaging in such behavior, her world is understandably rocked.  It’s gut-wrenching to watch her struggle with the idea that the father she has hero-worshiped all her life might actually support such atrocious racist views.  As she tries to come to terms with this reality, Jean Louise learns the painful lesson that we are all just human, and that if you try to put someone up on too high of a pedestal, they’re bound to fall and disappoint you.  This conflict adds a layer of complexity and depth to the story and makes it a bit edgier than Mockingbird.  It is while she grapples with this lesson that the reader is presented with some of my favorite moments from the novel:  the nostalgic flashbacks to young Scout and her childhood antics in Maycomb.  So vividly written, those flashbacks almost become a story in their own right and it’s easy to see why Ms. Lee’s publisher would suggest that she explore those childhoods further in Mockingbird.

What I didn’t care for:

As much as I enjoyed the story overall, there was, however, one scene that had me raging – the scene where Jean Louise’s uncle slapped her to “knock some sense” into her. I don’t know if that kind of violent behavior toward women was deemed more acceptable back when this story was set, but I couldn’t believe how passively Jean Louise accepted the slap and how casual the overall reaction to it was.  You backhand a woman hard enough to make her spit blood and your only reaction is Oh, I’ve never hit a woman before. I need a glass of whiskey because that took a lot out of me?  All I can say is thank goodness for the rise of feminism.  If this story were set today, Jean Louise’s uncle would have found himself lying on the sidewalk spitting up blood of his own, or at minimum, at the police station facing an assault charge.

There were also a couple of places in the novel where it was hard for me to tell when it was just straight narrative or if an internal monologue was taking place in Jean Louise’s head. A simple ‘thought Jean Louise’ or maybe even using italics on the internal monologue would have made those areas much less confusing. The writing of those passages was still powerful, but the formatting left a little to be desired.

Would I recommend this novel?

Absolutely. I would recommend this to anyone who enjoys historical or contemporary fiction because the themes that it covers are just as relevant today as they were over 60 years ago. While we’ve come a long way since the days of segregation, we still have a very long way to go to fully eradicate racism in this country.

I would also recommend this to anyone who loves a good coming-of-age story.  Even though she’s already 26 years old when the novel opens, Jean Louise does a lot of growing up and finally becomes her own person, rather than, as her uncle so poetically states a “barnacle” too firmly attached to her father and his beliefs. 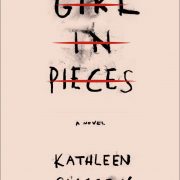