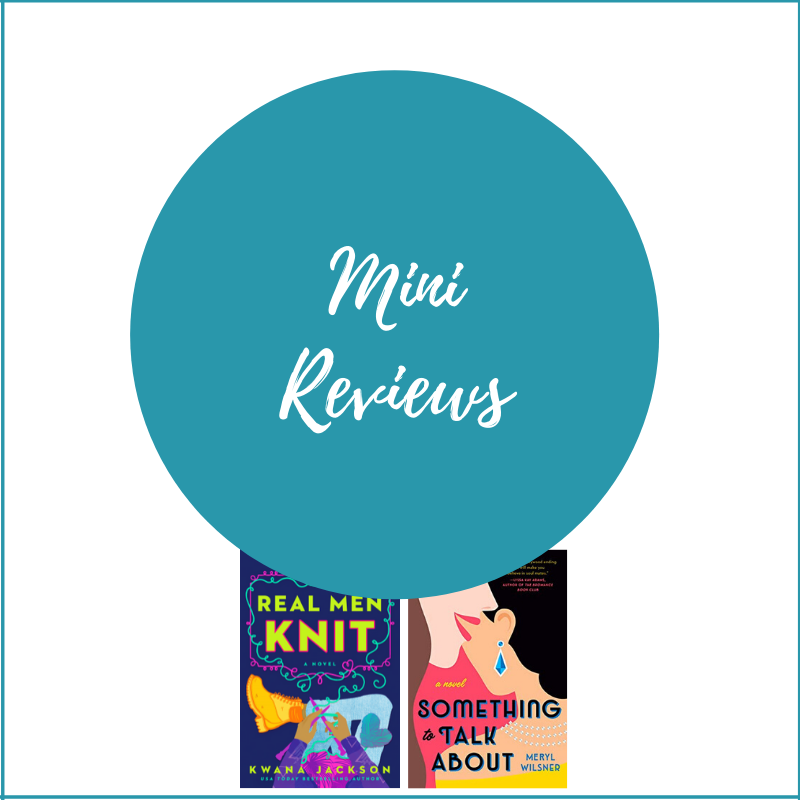 Today I’m sharing reviews of some new and recent releases that are sure to please anyone who enjoys a fun and heartwarming read with a side of slow burn romance.

Kwana Jackson’s new novel, Real Men Knit, is a heartwarming story about what happens when a prominent Harlem business owner, Mama Joy Strong, unexpectedly passes away and her four adoptive sons are left to determine what happens to Strong Knits, her beloved knitting shop.

I was drawn into this story right away because of Mama Joy.  Even though she’s deceased, Mama Joy is still such a major presence in the book. She’s the thread that ties everyone together and was clearly loved and respected by all who knew her. I also just loved that she chose to adopt not just one or two, but four (!) troubled boys who were in foster care and made them all into a family.  She just struck me as one of those people you instantly wish you had had the opportunity to meet because she was clearly a force of nature.

What surprised me about Real Men Knit is that I went into it expecting a romance based on the synopsis, but while the story does have a hint of romance, I would consider it more a story about family and about growing up.  One of the main characters is Jesse, one of Mama Joy’s sons.  Jesse is the butt of many a joke in the Strong household because 1) he has no real direction in life yet in terms of a career, and 2) because he has a reputation as a ladies’ man, specifically for moving from one woman to the next, leaving a trail of broken hearts in his wake.  The other thing about Jesse though is that he loved Mama Joy more than anything and it’s Jesse who is the driving force behind wanting to save Strong Knits and preserve his mama’s legacy.  He also wants to prove to his brothers that he’s not the screw up they think he is.  Jesse won me over right away, mainly because of his intense devotion to Mama Joy, and I was rooting for him to win his brothers over to the cause of saving Strong Knits.

The hint of romance comes in the form of Kerry Fuller, the other main character, who also grew up thinking of Strong Knits as her home away from home and Mama Joy as her second mom. Kerry is invested in saving the shop as well and agrees to help Jesse.  Sparks fly and there is definitely chemistry between them, but it’s a slow burn affair because Jesse has to get past thinking of Kerry as ‘Little Kerry’ that he grew up with, and Kerry has to get past Jesse’s reputation as the neighborhood heartbreaker.  It’s sweet watching the two of them come together to save the shop but I definitely would have preferred a little less of a slow burn.

Real Men Knit is a wonderful story about family and community, and yes, about love too.  If you’re in the mood for a heartwarming story that will put a smile on your face, look no further.

Something to Talk About Goodreads

Meryl Wilsner’s debut romance Something to Talk About was such a fun read for me.  It centers on Jo Jones, a showrunner for a popular TV series who is now looking to make her move to the big screen when she signs on to pen the script for the next installment in a hugely popular action series.  Hollywood being what it is, there are plenty of people lined up ready and waiting to gossip about how Jo’s not up for the job.  Jo is already tired of fielding questions about the new film and whether she’s the right person for the job, so when she has to attend a major award ceremony, she asks her trusted assistant Emma to accompany her and serve as a buffer to drive away the reporters.  An innocent moment between Jo and Emma is caught on camera and the rumor mill runs wild with it, declaring them a couple and trying to spin it into a scandal worthy of the tabloids.

We watch the story unfold from the alternating perspectives of Jo and Emma, and I thought this was very well done. I liked seeing how each woman reacted to the growing scandal, and, in particular, how worried they were for each other.  Would Jo be deemed as a predatory employer taking advantage of her assistant?  Or would Emma be seen as trying to sleep her way to the top?  Ever-present paparazzi and on-set leaks have both women on edge, second guessing their every interaction and who might be watching them. It makes for some very awkward moments between them, especially since the more closely they work together to make it look like they aren’t romantically involved, the more they begin to realize they actually do have feelings for one another.  I really liked both Jo and Emma so I was definitely cheering them on, both to beat back the rumor mongers and to take the leap to coupledom.

Something to Talk About is an entertaining read that also takes a hard look at some of the more toxic elements of working in show business.  I loved this aspect of the story, especially since it featured Jo kicking butt and taking names, reminiscent of today’s Me Too movement.  About the only real downside of the book for me was that it felt like the actual romance I was looking for and expecting took a back seat to everything else.  I don’t mind a slow burn romance at all, but I felt like I was nearly finished with the book before we really started to get a hint of any potential romance between Emma and Jo. If that had happened, just a little sooner, it would have been an even better read for me.  Even with that though, I would highly recommend Something to Talk About to anyone who enjoys women’s fiction and an inside look at Hollywood culture. 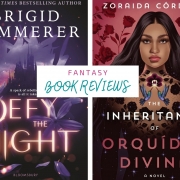 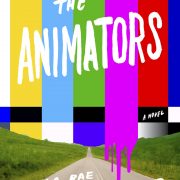 Review: WHAT YOU WISH FOR by Katherine Center
21 replies