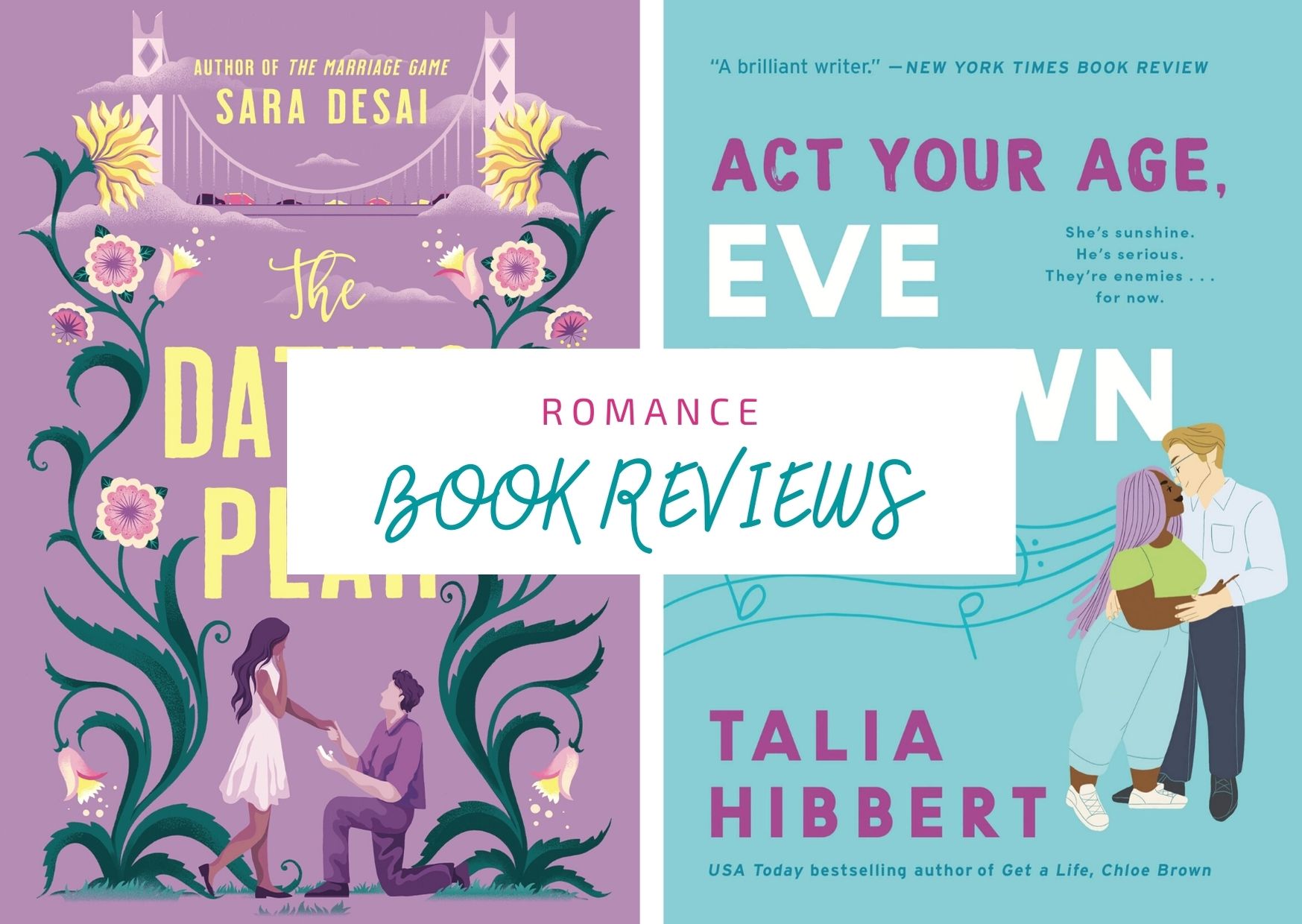 Beware the Ides of March!  More like, beware the day after Daylight Savings Time kicks back in.  I feel like I have been dragging ever since we turned our clocks ahead.  Oh well, hopefully sharing my thoughts on these two fabulous rom-coms will liven things up a bit. 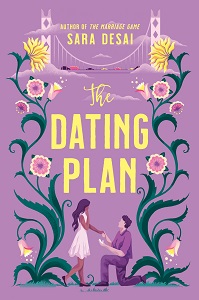 Sara Desai’s new novel The Dating Plan is a heartwarming rom-com filled with quirky characters and laugh out loud moments.  That’s not all though.  It’s also a heartfelt story about two people who are perfect for each other, if they can only overcome painful events from the past that have shaped how they see themselves and how they see each other.

Daisy Patel is a software engineer who loves statistics, spreadsheets, and all things Marvel.  Daisy, however, does not love Liam Murphy.  In fact, she actually hates him.  Why?  Because ten years ago, Liam was supposed to be Daisy’s date to her senior prom and he stood her up.  Not only did he stand her up, but he abruptly packed up and left town without a word.  She hasn’t heard from him since that night, so when Liam shows up at a conference Daisy is attending, sparks fly…and not in a good way.

Liam is in a bind though and thinks Daisy might actually be the perfect person to help him get what he wants.  Liam’s grandfather, who recently passed away, has left him the family business in his will, but there’s a catch. In order to secure his inheritance, Liam must marry before his next birthday and then stay married for at least one year.  Otherwise, the business goes to Liam’s brother, who just wants to dismantle it and use it to infuse cash into his own struggling business.  Liam is desperate to keep that from happening and when he witnesses Daisy being hounded by her matchmaking Aunties, he approaches Daisy with what he thinks is a win-win deal for them both.  If Daisy will agree to marry him and stay married for a year, he can secure the family business for himself while Daisy is freed from the incessant matchmaking and arranged marriage frenzy.  Daisy agrees reluctantly but says she cannot wing it when it comes to faking a whole relationship.  She needs a plan, complete with a slate of dates, that will provide her with a realistic backstory.

The plan they come up with is what really drives the bulk of the action in the book and it’s so much fun to follow Liam and Daisy as they seek to fool people into thinking they’re a couple.  There are so many hilarious moments, particularly involving Daisy’s aunties as well as some of the fun dates they decide to go on.  Daisy and Liam are adorable together and it becomes clear the more time Daisy and Liam spend together that they really are perfect for each other.  If only they could resolve and move past what happened ten years ago.  I was really rooting for them every step of the way.

I don’t want to give away anything, but I found the progression of their relationship very satisfying overall, and I also appreciate the blend of rom-com and heavier topics as we learn more about why Liam so abruptly disappeared from Daisy’s life.  The Dating Plan is a gem of a story for anyone who enjoys a light-hearted romance balanced with a healthy dose of family drama.  4 STARS. 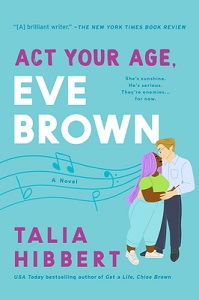 I’m so bummed that Act Your Age, Eve Brown marks the end of Talia Hibbert’s popular romance series, The Brown Sisters, but I’m thrilled to report that the final book in the series has quickly become my favorite.  I devoured this book in just a few hours because I just couldn’t get enough of Eve and her new boss, Jacob.  Their chemistry is off the charts so the sexy factor is high, but Eve is kind of a hot mess so the laugh factor is equally high.

As much as I adored Chloe and Dani from the first two books, I have to say that Eve just stole my heart from the very first page. With her purple hair, orange lip gloss, her kickass music playlist, and her overall sunny disposition, Eve is just a delight in every way.  Eve does have one little problem though and that’s sticking with plans she has made, especially those plans that relate to a career.  Eve has no idea what she really wants to do with her life and so she basically flits from one career to another, all the while living off of her trust fund.  Until her parents decide to cut her off, that is.  They’re both worried that she’s never going to get her life together so they kick her out of the nest and force her to get a job and fend for herself.  Eve goes out for a drive to clear her head and comes across a charming bed and breakfast that has an opening for a chef. On a whim, she decides to interview for the position and immediately butts heads with Jacob Wayne, the sexy B&B owner. Jacob likes to be in control and wants everything just so.  He can tell from the moment he meets Eve that there’s no way he could deal with having her in his kitchen. She’s just way too flighty for him to deal with.  When an unforeseen accident forces Jacob to step back and let Eve work for him, he finds out there’s a lot more to Eve than meets the eye and he may have severely underestimated her.

As I’ve already mentioned, the chemistry between Eve and Jacob is fantastic.  I was rooting for them to get together from their first snarky conversation during the job interview and cheering for them every step of the way as they got to know each other better.  I love how Eve’s sunny disposition basically wears down Jacob’s inner grump in one hilarious scene after another.

I don’t want to give away anything else about the plot but if you’ve been enjoying this series so far, you are absolutely going to fall in love with Eve.  And if you’re unfamiliar with the series but are looking for a delightful and sexy romance, Act Your Age, Eve Brown is just the read you’re looking for.  My only disappointment was that another Brown sister didn’t turn up out of the blue so that the series could continue.  Otherwise, the series has ended on a perfect note with me.  5 STARS. 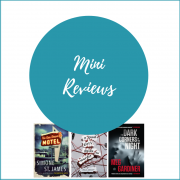 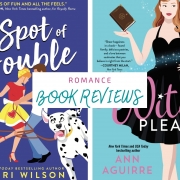 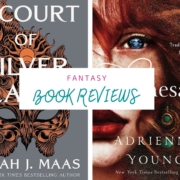 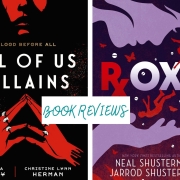 Reviews: ALL OF US VILLAINS and ROXY
16 replies