My selection for this week is The Ruin of Kings by Jenn Lyons.  There are demons, dragons, prophecies, and a long-lost prince who realizes being a prince isn’t all that because his new family is the absolute worst?  Yes, please!

THE RUIN OF KINGS by Jenn Lyons 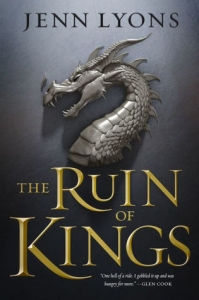 There are the old stories. And then there’s what actually happens.

Kihrin is a bastard orphan who grew upon storybook tales of long-lost princes and grand quests. When he is claimed against his will as the long-lost son of a treasonous prince, Kihrin finds that being a long-lost prince isn’t what the storybooks promised.

Far from living the dream, Kihrin finds himself practically a prisoner, at the mercy of his new family’s power plays and ambitions. He also discovers that the storybooks have lied about a lot of other things things, too: dragons, demons, gods, prophecies, true love, and how the hero always wins.

Then again, maybe he’s not the hero, for Kihrin isn’t destined to save the empire.

Uniting the worldbuilding of a Brandon Sanderson with the storytelling verve of a Patrick Rothfuss, debut author Jenn Lyons delivers an entirely new and captivating fantasy epic. Prepare to meet the genre’s next star. 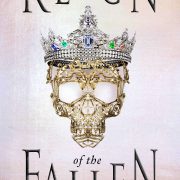 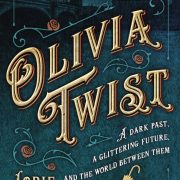 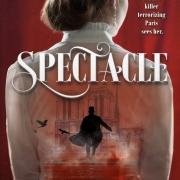 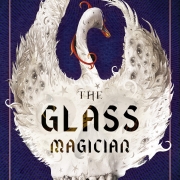 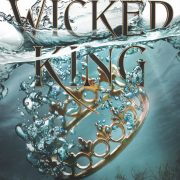 Backlist Briefs: Mini Reviews for THE CHEERLEADERS & MY PLAIN JANE
Scroll to top