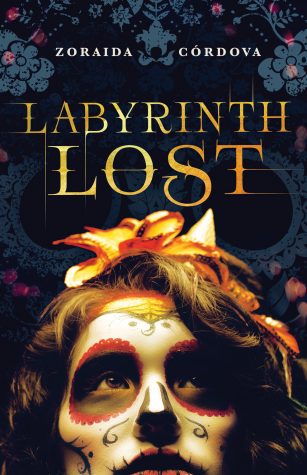 
Goodreads Synopsis:  Nothing says Happy Birthday like summoning the spirits of your dead relatives.

Alex is a bruja, the most powerful witch in a generation…and she hates magic. At her Deathday celebration, Alex performs a spell to rid herself of her power. But it backfires. Her whole family vanishes into thin air, leaving her alone with Nova, a brujo boy she can’t trust. A boy whose intentions are as dark as the strange marks on his skin.

The only way to get her family back is to travel with Nova to Los Lagos, a land in-between, as dark as Limbo and as strange as Wonderland…

Zoraida Córdova’s Labyrinth Lost is the first book in the Brooklyn Brujas series and it follows sixteen year old Alex, who is just trying to live her life as an average teen in Brooklyn, New York.  Alex, however, is anything but average.  She comes from a long line of magical brujas and brujos, which are witches, so everyone in her family is eagerly anticipating the moment when her magical powers finally awaken.  The problem is that Alex doesn’t want her powers. Her family doesn’t realize it, but Alex’s magic has long since awoken and she thinks she accidentally caused something bad to happen with it since she couldn’t control it.  Because of that, she wants to parts of this magic and so has hidden her magic from others  for as long as she could.

Eventually, however, her family finds out and they throw her the traditional Deathday celebration. This celebration is a family blessing of sorts, including both living family members as well as the spirits of those who have died, which ensures every bruja and brujo’s magic works as it should.  As they are preparing for the Deathday celebration, Alex meets a new friend, Nova.  She is immediately drawn to Nova, although she’s not sure she trusts him because he acts so mysterious.  She confides in him that she doesn’t want her powers and he suggests a spell she can use to eradicate them during the Deathday ceremony.  Alex attempts the spell during the ceremony and, much to her horror, it backfires and banishes her entire family to another realm, an in-between world of sorts, called Los Lagos.  The rest of the book focuses on Alex’s quest to travel to this other world and to right her wrong and save her family.

There were so many things I loved about this story that it would take me all day to list them, but here are some standouts for me.

Unique Worldbuilding – Labyrinth Lost feels like a cross between Alice in Wonderland and Orpheus’ journey to the underworld to save Eurydice, and then on top of that, it is also filled with a rich history of Spanish and Latin American legends.  Córdova uses this unique combination of ingredients to create one of the most incredibly original worlds I’ve encountered since I started reading fantasy novels.  It’s equal parts creepy and magical and you can’t even begin to guess from one moment to the next what Alex will face on her journey across Los Lagos.  There’s a portal to the other world that must be traveled through, then there’s a ferry that must be taken across a river of souls where souls actually try to grab at the ferry’s passengers, not to mention fierce monsters that are prowling around just waiting to attack, and there’s even a random a tea party, complete with little toad stool chairs, in progress.  I really flew through these pages because I just couldn’t wait to see what Alex would encounter next.

Diversity – Labyrinth Lost scores high marks in diversity. In addition to use of Latin folklore, the main character is a person of color and she is also bisexual.  (For those who are fans of love triangles, there’s one in this book and it’s f/f/m).

Family Relationships – I loved how Labyrinth Lost had such a huge focus on family and how important one’s family is.  Even though their relationships tend to be complicated, as most families are, Alex is so close to both her mom and her two sisters and it kills her to think they are suffering because of what she did.  She is willing to risk everything, including her own life, to do whatever she needs to do to free them from Los Lagos.

Coming of Age Story – I love reading journeys of self-discovery and Alex’s journey definitely fits the bill.  When the novel first opened, I honestly didn’t even really like Alex that much. She came across as very selfish and spoiled, and so in many ways, she was my least favorite character. That said, however, she shows such tremendous growth as she devotes herself to saving her family and learns to embrace her magic and all it entails along the way.  By the end of the novel, I ended up loving Alex.

I won’t really call this a dislike because it’s more “Man, I really wish there was more of this” and that involves Alex’s friend and eventual love interest, Rishi.  Rishi is so devoted to Alex that when she sees this random open portal in Alex’s backyard and can’t find Alex anywhere, she dives into the portal without hesitation because she wants to make sure Alex is okay.  Beyond the fact that she’s totally devoted to Alex, however, we don’t really learn that much about her.  I loved the little glimpses of her personality that we did get and really wanted more.  I’m glad this is just the first in the series so there’s hope for more about Rishi.

Labyrinth Lost is such a unique and memorable read. I loved learning about the Latin folklore and look forward to exploring it further when the next book in the Brooklyn Brujas series is released. 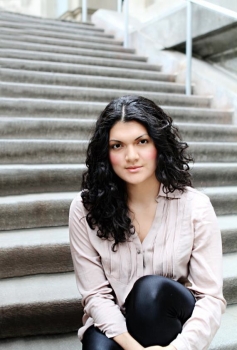 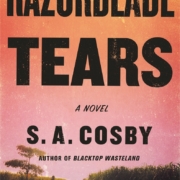 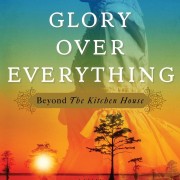 Review: NOT THAT I COULD TELL by Jessica Strawser
12 replies

Waiting on Wednesday – Spotlight on Calling My Name by Liara Tamani