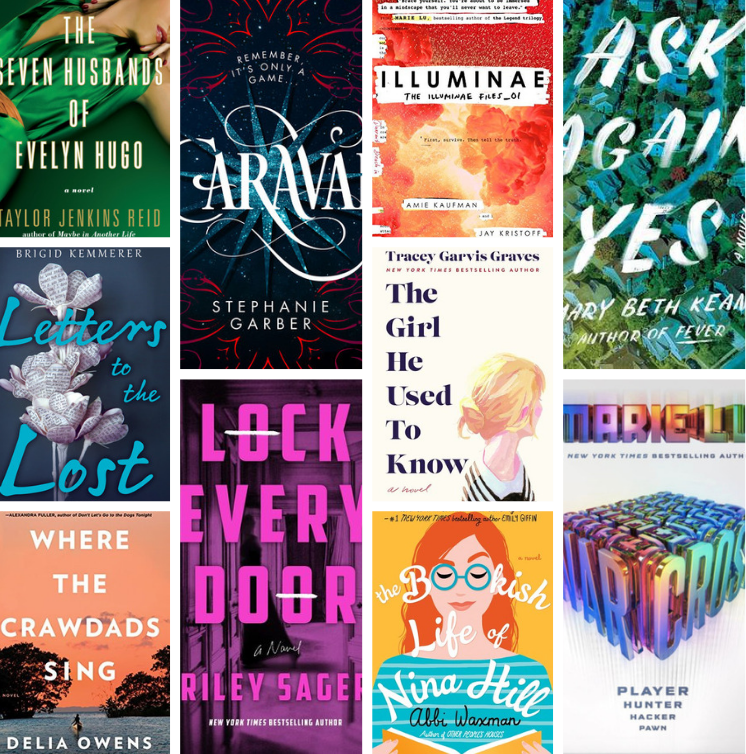 This week’s TTT topic is a Freebie so I decided to with books I’d love to see made in TV shows or movies.  This has been on my mind a lot lately because of all recent announcements about new streaming services.  Between the big screen, the small screen, and streaming giants like Netflix and Hulu, it seems like there is more and more opportunity out there for great books to be adapted.  Several of my favorites like Daisy Jones & the Six and The Grisha Trilogy are already being adapted, but here are a few more I hope to see adapted as well.  Now I’ll confess here that I didn’t research these very thoroughly so if you’re aware of upcoming adaptations for any of these that I haven’t heard of yet, please let me know! 🙂

1, THE SEVEN HUSBANDS OF EVELYN HUGO by Taylor Jenkins Reid

Evelyn Hugo is a character who is larger than life, and as a movie star, I think it’s only fitting that this book should be made into a film. I think it would be glorious!

2, LETTERS TO THE LOST by Brigid Kemmerer

I think any of Kemmerer’s YA contemporaries would be wonderful as films, but Declan and Juliet’s story has a special place in my heart and I think it would make for a very moving film.

3, WHERE THE CRAWDADS SING by Delia Owens

I just finished reading this beautiful, heartbreaking story yesterday and all I could think about was how I wanted to see it on the big screen.  This is the book that actually inspired this week’s topic.

4, LOCK EVERY DOOR by Riley Sager

I love a good, atmospheric film as well and I think this book set in a creepy Gothic NYC landmark hotel would be perfect.

How fabulous would this be as either a film or limited series?

6. THE ILLUMINAE FILES by Jay Kristoff and Amie Kaufman

This amazing science fiction series would also make for an exciting limited series on any of the steaming services. I’d totally binge watch it!

7. THE GIRL HE USED TO KNOW by Tracey Garvis Graves

I think Annika and Jonathan’s story would make for a beautiful movie about second chances.

8. THE BOOKISH LIFE OF NINA HILL by Abbi Waxman

At first I was thinking film, but the more I think about it, I would definitely watch an entire series devoted to Nina and her bookish antics.

Heck, I’d watch just to see her have conversations with Phil the cat, lol.

This was another moving story about family and forgiveness that the entire time I was reading, I kept picturing it on the big screen.

Ready Player One is one of my favorite films and I keep thinking that the virtual reality world of Warcross would be equally epic on the big screen.

What are some books you’d like to see adapted for TV or film? 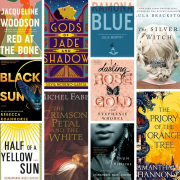 Top Ten Tuesday – Catch the Rainbow: Books on My TBR That Have Colors in the Titles
38 replies