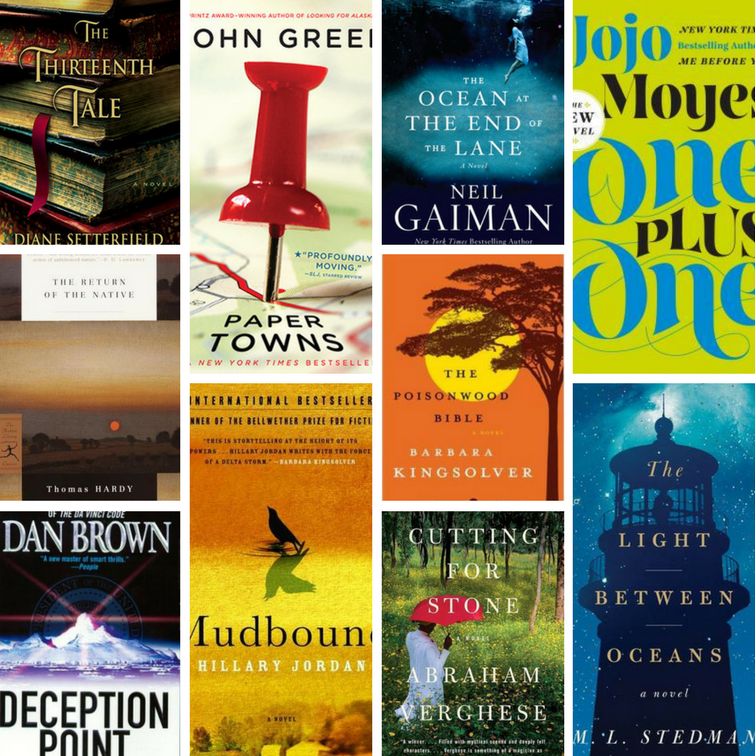 This week’s TTT topic is  Books I Really Liked but Can’t Remember Anything/Much About.  Scrolling back through all of the books I’ve read over the years, it was actually a little disturbing how many of them I have no recollection of reading.  Sure, there are plenty of books that I’ve read and re-read and could probably quote passages from memory, but there are far more that I just draw a complete blank on when I look at them and even when I read the synopsis.

The ones I decided to mention today were especially surprising to me because I rated each of them at least 4 stars when I read them and also saved copies of them for my library, which I never do unless I love a book. So I know I loved them when I read them, but if you were to ask me what any of these were about, I couldn’t begin to tell you.

ONE PLUS ONE by Jojo Moyes

THE THIRTEENTH TALE by Diane Setterfield

THE POISONWOOD BIBLE by Barbara Kingsolver

THE RETURN OF THE NATIVE by Thomas Hardy

THE OCEAN AT THE END OF THE LANE by Neil Gaiman

CUTTING FOR STONE by Abraham Verghese

THE LIGHT BETWEEN OCEANS by M.L. Stedman

Question:  Does it bother you when you can’t remember anything about a book you know you read and loved?