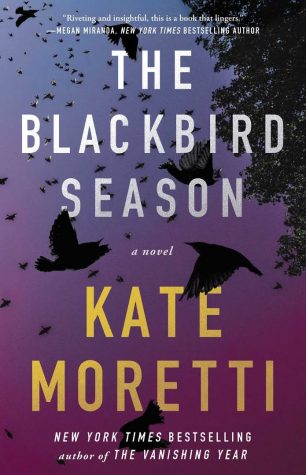 The Blackbird Season by Kate Moretti

Kate Moretti’s The Blackbird Season takes place in Mt. Oanoke, Pennsylvania.  Mt. Oanoke is one of those small towns where everyone knows everyone else and where pretty much nothing ever happens.  That is, until one day when a thousand dead birds plummet from the sky and land on the local high school baseball field.  Since most of the town was there to watch their baseball team and beloved teacher and coach, Nate Winters, play, the rumor mill starts running rampant right away, as everyone tries to make sense out of what has happened.  Some assume there is a logical explanation for the birds, while others see it is a bad omen, a sign of trouble to come.

Pretty soon, however, the mystery of the birds take a backseat when a news reporter prints a story alleging that Nate Winters is having an affair with one of his students, troubled teen Lucia Hamm.  Without giving him a chance to prove that the story isn’t true, everyone in the town immediately turns on Nate. He goes from being the hometown hero to the town outcast and ultimately loses his job over the alleged affair.  Lucia doesn’t help matters when she corroborates the story and tells everyone that she and Nate are in love, thus breathing even more life into this small town scandal and causing even Nate’s wife to question his innocence.

When, soon after, Lucia goes missing, all eyes turn to Nate as the most likely suspect and the reader is filled with questions:.  Is Nate actually guilty of having an affair?  If not, can he prove his innocence?  What has happened to Lucia? Did Nate have anything to do with that since she made him look so bad?  If the affair isn’t true, why would she lie about it?

One of my favorite parts of The Blackbird Season is the way in which the story is presented.  It’s a character driven mystery that is told from the alternating points of view of Nate, his wife Alecia, troubled student Lucia, and perhaps the only person in town who believes Nate is innocent, his friend and colleague Bridget.  I liked watching the story unfold in this way because as each piece of the puzzle is revealed, you get to see not only how Nate keeps getting himself into situations that make him look bad, but then you also get to watch those who are closest to him, his wife and his best friend, and their changing reactions when more and more details unfold about Nate and Lucia.  Then finally, you also have the perspective of Lucia and see some of her motivations behind her actions and why she keeps approaching Nate.

If you enjoy a suspenseful read, you’ll probably enjoy The Blackbird Season.  Moretti writes suspense very well and so there are lots of twists and turns along the way as we seek to unravel both the truth behind the alleged affair and the mystery of what happened to Lucia.  I liked that the story kept me guessing, so much so that I changed my mind about whether Nate was innocent or guilty every few chapters.  From that standpoint, it’s a wild ride and a solid read.

My biggest issue with The Blackbird Season was that this ended up being another of those books where none of the characters are very likeable or sympathetic.  Since I typically enjoy books more when I can connect with at least one character, this made reading The Blackbird Season somewhat challenging.  Nate Winters, in particular, just flat out got on my nerves.  As a teacher, he should know better than to be creeping around on the internet keeping an eye on his students.  Whether he means well or not, there’s no way that’s going to turn out well for him if other adults in the community find out.  He’s one of those characters that just constantly makes bad choices and does stupid things that make him look guilty even if he’s probably completely innocent.  If you’re being accused of sleeping with a student, for example, you don’t keep randomly meeting up with the student.  The man just had no common sense and was infuriating because of it.  I actually screamed at the book a couple of times because he was just so frustrating, lol.

I also wish the author had done a little more with the actual blackbird theme that runs through the book.  The opening scene with all of the dead birds plunging onto the baseball field was fantastic and set an ominous tone for what I thought was going to be an atmospheric and creepy read, maybe even a bit supernatural, but then it just kind of fizzled and was mentioned occasionally in passing – that scientists were investigating the bird deaths, etc.  Since more wasn’t made of it, it ended up just feeling unnecessary to the rest of the storyline and somewhat out of place, for me anyway.

If I hadn’t had the issue with not liking any of the characters, The Blackbird Season would have easily been a 4 star read for me.  Even with not liking any of the characters, I was still drawn in enough by the mystery of the dead birds, the small town skewering the town hero over his alleged affair with a student, and that student’s subsequent mysterious disappearance that I just had to keep reading to find out what happened.  If you enjoy a good mystery, I’d say The Blackbird Season is a good choice.  If, like me, you just really need at least one likeable character, this book may or may not be a good fit.  I hate to make the comparison since it’s so overdone, but if you enjoy books like Gone Girl and The Girl on the Train, you’d probably like this one too.  If not, I’d probably say to pass on it.

Thanks to Netgalley, Kate Moretti, and Atria Books for providing me with an advanced copy of this book for review.  This in no way shapes my opinion of the book.

“Where did they come from? Why did they fall? The question would be asked a thousand times…

Until, of course, more important question arose, at which time everyone promptly forgot that a thousand birds fell on the town of Mount Oanoke at all.”

In a quiet Pennsylvania town, a thousand dead starlings fall onto a high school baseball field, unleashing a horrifying and unexpected chain of events that will rock the close-knit community.

Beloved baseball coach and teacher Nate Winters and his wife, Alicia, are well respected throughout town. That is, until one of the many reporters investigating the bizarre bird phenomenon catches Nate embracing a wayward student, Lucia Hamm, in front of a sleazy motel. Lucia soon buoys the scandal by claiming that she and Nate are engaged in an affair, throwing the town into an uproar…and leaving Alicia to wonder if her husband has a second life.

And when Lucia suddenly disappears, the police only to have one suspect: Nate.

Nate’s coworker and sole supporter, Bridget Harris, Lucia’s creative writing teacher, is determined to prove his innocence. She has Lucia’s class journal, and while some of the entries appear particularly damning to Nate’s case, others just don’t add up. Bridget knows the key to Nate’s exoneration and the truth of Lucia’s disappearance lie within the walls of the school and in the pages of that journal. 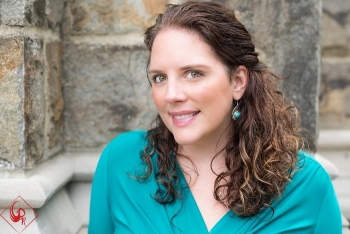 Kate Moretti lives in Pennsylvania with her husband, two kids, and a dog. She’s worked in the pharmaceutical industry for ten years as a scientist, and has been an avid fiction reader her entire life.

She enjoys traveling and cooking, although with two kids, a day job, and writing, she doesn’t get to do those things as much as she’d like.

Her lifelong dream is to buy an old house with a secret passageway. 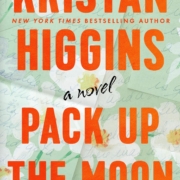 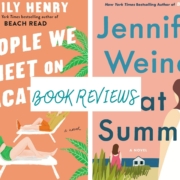 Reviews: PEOPLE WE MEET ON VACATION & THAT SUMMER 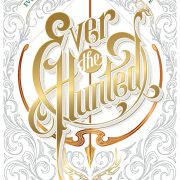 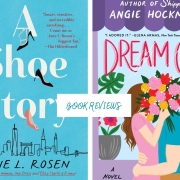 Reviews: A SHOE STORY and DREAM ON

Book Review: The Inexplicable Logic of My Life
16 replies

Discussion Post: The Struggles of Blog Commenting and Why We Should Do It A...