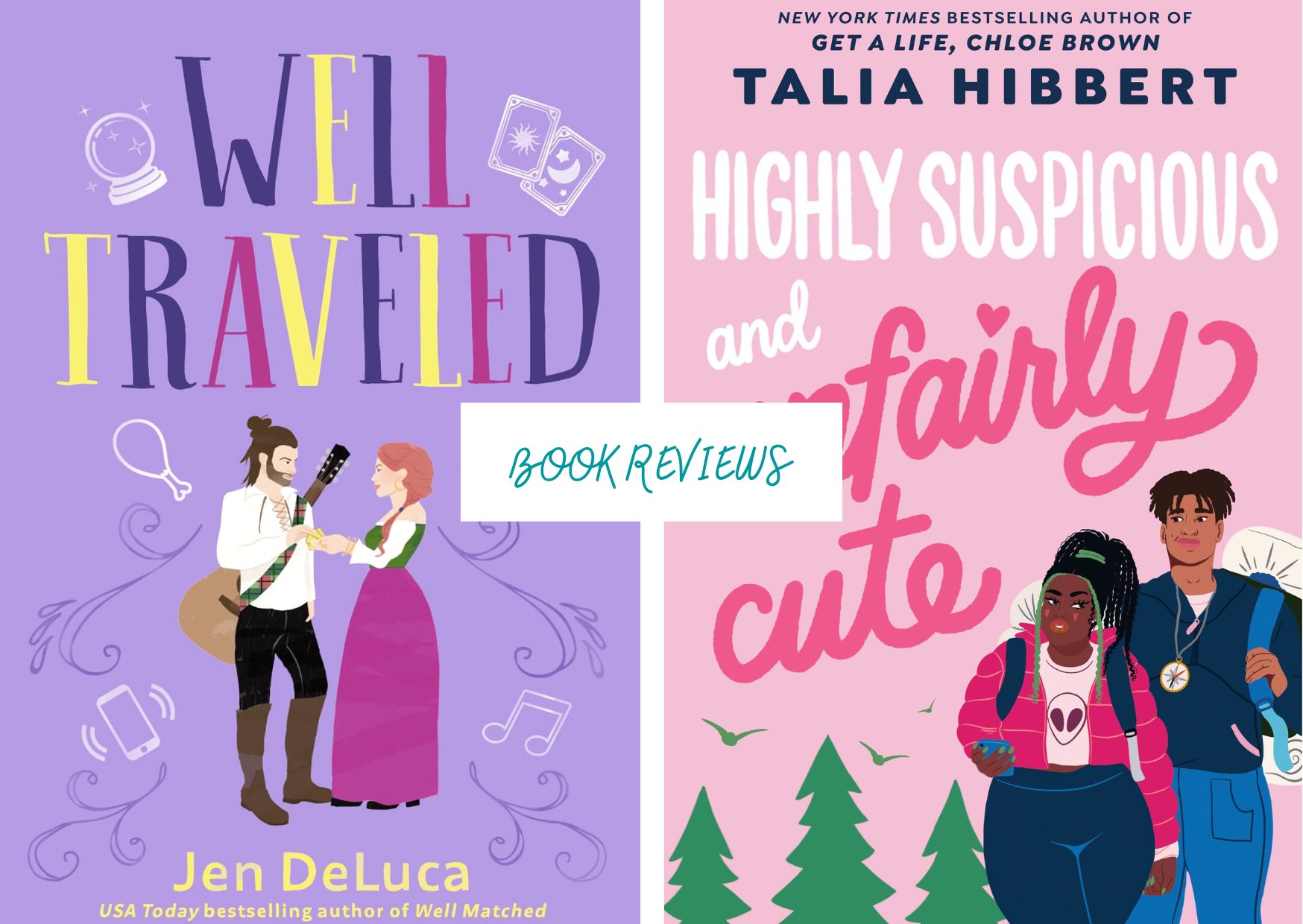 I don’t know how much folks will be around this week so I just wanted to take a quick moment now to wish everyone Happy Holidays! I don’t know how much I’ll be around either, but today I’m back to share reviews for my last ARC of 2022 and my first ARC of 2023.  One is the fourth installment of a series I love, while the other is the YA debut from an authors whose adult romances I adore. 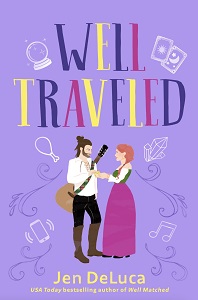 Well Traveled is the newest book in Jen Deluca’s Well Met series and in this latest installment, we meet Louisa Malone (Lulu to her friends and family), a successful attorney who, when we first meet her, is traveling for work, going the extra mile because she’s hoping to make Partner soon. When Lulu comes across a Ren Faire during her travels, she decides to attend during her downtime, having many fond memories of Ren Faires thanks to her cousin, Mitch, who fans of the series will surely remember from the earlier books. What Lulu doesn’t realize is that her little side trip to the Faire is about to change her life in every way.

While at the Faire, Lulu can’t even enjoy herself because everyone at work keeps calling her and making unreasonable demands.  It suddenly hits her that 1) she’s never going to be made Partner, and 2) she really hates her job, and so Lulu quits her job on the spot, flinging her cell phone into a nearby laundry tub. After an initial freak out, Lulu befriends Stacey, a Ren Faire employee who happens to know Mitch.  Stacey puts Lulu in touch with Mitch, who helps her come up with a game plan.  Lulu is going to go off grid for a while, traveling to various Ren Faires with Stacey and the band she works with. This will give her much needed time to relax and regroup, and then once she’s ready, time to come up with a new gameplan for her future.

I really adored Lulu. Her frustration at being completely taken advantage of at her job was so relatable and I found myself cheering her on every step of the way as she moved forward to redefine herself.  I admired her determination and her resilience and was actually a bit envious as she traveled from Faire to Faire. She really embraced her newfound situation, found ways to earn her keep, and become an important part of the Faire.  As always, the Faire employees are such gems, becoming the found family that Lulu needed to pick her up when she was down.  I especially enjoyed her friendship with Stacey, who was just so supportive and welcoming every step of the way.

The story isn’t just about Lulu though.  Dex is a sexy, kilt-wearing guitar player in the band Stacey travels with.  Dex has a bit of a bad boy, playboy reputation; his bandmates and other Faire employees like to tease that he jumps from one girl’s bed to the next.  Even though she is warned by several that Dex is bad news, Lulu finds herself drawn to him anyway and thanks to being forced to share a motorhome with him, Lulu gradually gets to know the real Dex, who is a total sweetheart that bears little resemblance to the reputation he has been saddled with.  While the banter between Lulu and Dex is often fun and flirty, and their chemistry is obvious, it was those heart-to-heart chats between them that really tugged at my heartstrings.  It turns out that Lulu isn’t the only one who is trying to carve a new path forward and I found myself fully invested in both of their journeys.

As I’m sure you’ve gathered by now, I thought Well Traveled was a charming and delightful tale.  I’m still thoroughly enamored by this Ren Faire romance series four books in and hope that there will be more books to come.  4 STARS 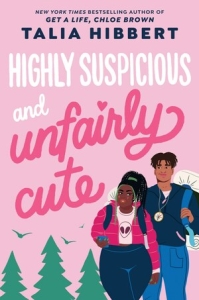 I’m a huge fan of Talia Hibbert’s adult romance series, The Brown Sisters, so when I heard she was writing her YA debut, Highly Suspicious and Unfairly Cute, I knew I had to read it.  I’ll admit I was a little nervous going in, just because I haven’t had great luck with YA books this year, but I’m happy to report that I needn’t have worried.  Talia Hibbert, as always, has delivered in every way. Highly Suspicious and Unfairly Cute is a funny, heartfelt and charming story that I devoured in less than a day.

Hibbert excels at creating complex, multilayered characters that will capture your heart, and Bradley and Celine in this book are no exception.  I adored them both from the moment we meet them.  Celine is smart, sassy, and academically driven.  She also loves a good conspiracy theory and has garnered herself over 30,000 followers on her popular conspiracy theory Tik Tok account.  Unfortunately, her internet popularity hasn’t translated to real world popularity. Celine has a few close friends, but that’s it.

Bradley is also smart and academically driven, but where Celine is sharp and sassy, Bradley is more of a soft cinnamon roll.  He has also been diagnosed as having OCD and works hard to keep that from holding him back.  Bradley also has a big secret.  Even though he says he’s going to study law in college, what he really wants to do is become an author.  He has a real passion for writing and has a secret stash of novels he has started writing but is struggling to finish.

I adored both Celine and Bradley separately and became fascinated with their story as soon as we first encounter them in a high school philosophy class and it becomes clear that they really do not get along, at all.  They both act like it’s physically painful to have to sit next to each other and that it’s actual torture when they are forced to partner for an assignment.  They are clearly academic rivals, but the tension between them clearly runs deeper than just academics and I was dying to know what had created such a sense of mutual loathing between them.

I have to admit that my heart broke for both Celine and Bradley when it’s revealed that they actually used to be childhood best friends before their big falling out.  I’m a sucker for a good enemies to lovers story though and Hibbert doesn’t disappoint here either. She throws in a fantastic academic competition that neither Celine nor Bradley can resist even though it forces them to work as a team.  I loved every aspect of the competition, especially how it forces both Celine and Bradley to not only confront their past issues with one another but it also forces them to reexamine their goals for the future and whether or not they are pursing them for the right reasons.  The competition also features a hilarious and adorably brainy group of friends that I couldn’t get enough of.

Highly Suspicious and Unfairly Cute is a delightful read that has a little something for everyone.  It’s both a fun enemies to lovers romance and a heartfelt coming of age story that touches on the importance of following your own dreams rather than someone else’s.  If you enjoy hilarious sarcastic banter, sassy heroines, and cinnamon roll heroes, you’ll want to check this one out!  4.5 STARS