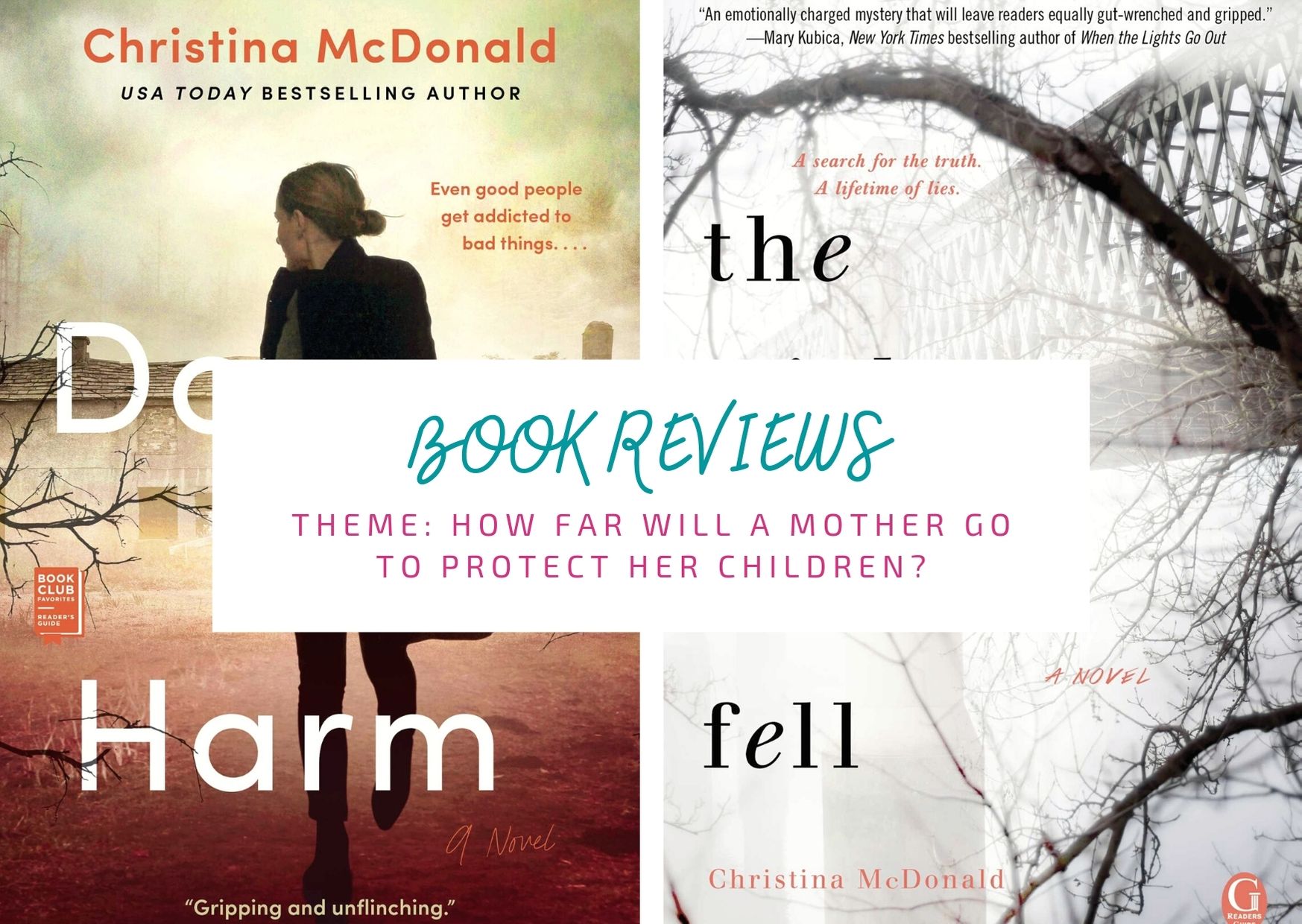 Another new week means it’s time for more reviews.  This weekend was so cold and miserable that all I really did was hibernate and read the entire time.  I got into a groove reading Christina McDonald’s domestic suspense novels and have a new release as well as one from her backlist to share today.  I’m still working on my goal of reading more of the books I already own, so I was kind of proud of myself for grabbing the older book rather than just reaching for the next ARC, haha.  Anyway, back to these books.  One thing that really intrigued me about them was that they share a basic theme: How far will a mother go for her children? 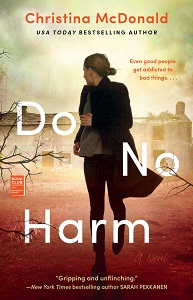 Do No Harm Goodreads

FTC Disclosure: I received a complimentary audio copy of this book from Netgalley.  All opinions are my own.

Do No Harm is Christina McDonald’s latest novel and if you’re into stories that ask big questions, like how far will a mother go to save her family, then Do No Harm will be a must-read for you.  As a mom, I was glued to this book from  cover to cover, but I don’t think you need to be a parent to relate to the impossible situation main character, Emma Sweeney, finds herself trapped in.

Emma seems to have it all.  She’s a well-respected physician, she’s happily married to the love of her life, and she has a beautiful son named Josh, who she loves with her whole heart.  Emma’s seemingly perfect life spins out of control, however, when Josh falls ill and is diagnosed with a rare and often fatal form of leukemia.  The only treatment that has thus far shown any signs of success is an experimental one that is only partially covered by insurance and is astronomical in cost.  Even on a doctor’s salary, Emma and her husband can’t afford it.   There’s no way Emma is just going to sit back and watch her baby die though.  She’s willing to risk everything to save him – her job, her marriage, even her own life — so she takes matters into her own hands and starts her own drug ring selling opioids to fund her son’s treatment.

I have to tell you guys that Do No Harm blew me away on so many levels.  I was so impressed that McDonald creates in Emma such a complex character that I alternated between wanting her to succeed and save her son and wanting her to be caught and arrested because what she was doing was so morally repugnant.  I had tremendous sympathy for Emma because she’s in an impossible situation and I don’t know what I would do if I was in her shoes.  I kept asking myself over and over:  how far is too far when it comes to saving your kids?  Much of the book is told from Emma’s perspective and she is wrestling with that same question and trying to justify it to herself by saying the ends are worth the means.  She is especially conflicted since as a doctor, she has taken an oath to do no harm and her actions are clearly violating that oath.

Aside from the moral and ethical issues involved, which added so much depth to the overall story, I was also just fascinated by how adeptly Emma puts together the whole drug ring.  Even though I was horrified by what she was doing, I still had to tip my hat to her because she’s a clever lady and she puts together a pretty impressive operation. I was especially impressed by her ability to elude the police, particularly since her own husband is the lead detective investigating opioid-related crimes in the area.  Talk about a tense and suspenseful game of cat and mouse when the cop and the criminal live under the same roof!

I don’t want to give away anything else so you’ll just have to pick up a copy of Do No Harm if you want to see how it turns out!  4.5 STARS

I loved Christina McDonald’s new novel, Do No Harm, so much that I went to my shelves to see if I had other books of hers I hadn’t read yet.  I discovered I had a copy of The Night Olivia Fell, dove in and immediately found myself captivated by the opening scene.  Abi Knight gets a late-night phone call informing her that her teenage daughter, Olivia, has been in a serious accident and has fallen off a bridge. Abi heads to the hospital right away and, upon her arrival, is given the devastating news that Olivia is brain dead and will not be waking up, but is also pregnant and because of state laws, must be kept on life support until the baby is born.  Abi is in utter shock and disbelief. 1) She can’t believe her baby is gone, and 2) she had no idea her baby was pregnant.  Upon viewing her daughter’s body, Abi sees angry bruises around Olivia’s wrists. When the police unexpectedly rules Olivia’s death an accident, Abi isn’t having it and sets out to figure out what really happened to Olivia and who’s responsible.

This was such a heartbreaking and emotional read for me.  The story is presented in alternating chapters from both Abi and Olivia’s points of view and you could just see how close mom and daughter were. I loved both characters so much and I felt so bad for Abi and couldn’t even imagine what she must be going through.  Losing a child that way would be hard enough but add to it the frustration of feeling like the police aren’t doing their jobs and it’s even worse.  McDonald really drew me into the story and had me fully invested in Abi’s quest for the truth. I also liked the balance between Abi’s emotional journey as she grieves for her daughter and her steely determination to play detective and do what the police won’t.

I was also a big fan of how the story was presented too.  The present-day chapters follow Abi from the moment she learns of Olivia’s death to the moment she finally discovers the truth about what happened that night. Abi’s chapters are alternated with Olivia’s, which start a few months prior to her death and gradually lead up to that night, revealing several potential suspects and motives, along with a number of deliciously dark secrets and lies, along the way.  I liked the way the two POVs mirrored each other and I also liked how the author slowly ramped up the suspense and kept me guessing about who was responsible for Olivia’s death all the way to the very end.

The Night Olivia Fell is both a riveting mystery and a tragic, heartbreaking story of loss and grief.  Highly recommended to anyone who enjoys a good story of domestic suspense.  4 STARS.