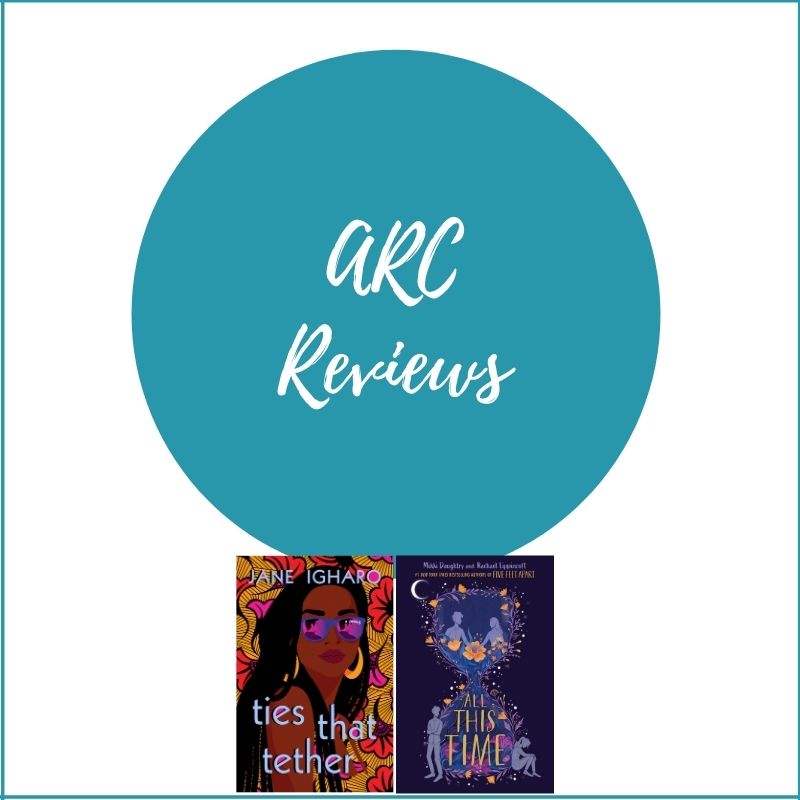 Today I’m sharing the last of my reviews for September book releases.  Both of these novels feature a bit of romance as well as characters who are struggling to figure out who they are supposed to be.  I enjoyed them both and I hope you will too.  Thanks for stopping by. 🙂

Jane Igharo’s debut novel Ties That Tether is a thought-provoking and heartfelt story about a young woman who finds herself caught between the man she loves and the expectations her family has for her.  Azere is originally from Nigeria but emigrated to Canada at the age of 12 when her father died.  Azere made a promise to her dad that when she grew up, she would do her best to preserve her Nigerian culture and therefore would only marry a Nigerian man.  Azere’s mother has held her to this promise and has gone so far as to play matchmaker every time she thinks she has found a suitable Nigerian suitor.  There’s just one problem – Azere’s mom is a terrible matchmaker and Azere has hated every man she has been set up with so far.  After a particularly disastrous setup, Azere finds herself drinking alone in a hotel bar and this is where she meets Rafael, a man she feels truly has the potential to be Mr. Right.  What starts off as a scorching hot one-night stand quickly evolves into a more serious relationship, but there’s one major catch – he’s not Nigerian, he’s white and he’s Spanish.  As much as Azere wants to pursue a relationship with Rafael, she knows to choose Rafael is to break her mother’s heart. The bulk of the story follows Azere as she is caught between what her heart wants and what her family wants.

I felt for Azere right away. What an impossible choice to have to make. Of course she doesn’t want to crush her mother, but she also doesn’t want to crush her own heart.  I was rooting for her so hard to find a way to get her mom to come around to seeing what a wonderful guy Rafael is and how great he treats Azere.  I could understand where Azere’s mom was coming from in terms of not wanting Azere to forget her roots, but she was just so frustrating and unyielding about it.  There were times I just wanted to yell at her to just let Azere be with someone who makes her happy and that it’s totally possible to marry someone from another culture without losing yourself.  Azere’s mom has Azere so conflicted that instead of achieving clarity on what to do, she is more torn than ever.  One of the things I really loved about this story is that it’s a journey of learning and growth for all of the major characters, Azere, Rafael, and yes, even stubborn mom.

Even though Ties That Tether is being promoted as a romance, I honestly think it’s so much more than that. The family expectations and the preservation of culture drive the story along, just as much if not more than the romance.  I loved the chemistry between Azere and Rafael, and I always devour books that feature family drama of any kind so all of the tension between Azere and her mother had me flying through the pages.  There were also lots of rom-com references that added a fun element to offset some of the more dramatic moments. I really enjoyed that aspect of the story as well.

If you’re looking for a moving story about following your heart versus following your family’s desires, be sure to check out Ties That Tether. I thoroughly enjoyed it and look forward to reading whatever Jane Igharo writes next! 4 STARS

All This Time Goodreads

All This Time by Mikki Daughtry and Rachael Lippincott is a unique and heart-wrenching story about family and friends, love and loss, and a story about guilt, healing and forgiveness.  All This Time follows Kyle Lafferty, a young man who is graduating from high school. He and his longtime girlfriend Kimberly have been making plans to attend UCLA together in the fall and he’s very excited for what the future holds.  That is, until the night of their graduation party when Kyle’s life is turned upside down.  At the party, Kimberly informs Kyle that she is not attending UCLA and then tells him she doesn’t want to be his girlfriend anymore.  They fight in the car on the way home and end up in a horrific car accident that leaves Kyle in the hospital with a brain injury and Kimberly dead.

Kyle is struggling to move on from the accident, both in terms of his physical recovery and because he is wracked with guilt about Kimberly’s death.  When he is at his lowest, Kyle meets a girl named Marley at the cemetery. She’s there mourning the death of her twin sister and, like Kyle, she feels guilty and responsible for the death of her loved one.  Slowly Kyle and Marley get to know each other as they open up about everything they’re feeling, especially the guilt.  They begin the healing process together, but Kyle is plagued by this nagging feeling that the happiness he is finally starting to feel is too good to be true and that something is going to happen to take it all away from him. Are his fears justified or is this just more guilt about Kimberly?

What a tearjerker of a book this was for me!  I actually lost track of how many times I cried while I was reading.  My heart just broke for Kyle from the moment we meet him.  It’s like no matter what he does, he just can’t catch a break.  The writing is so powerful and vivid too, especially with respect to Kyle’s emotions. His heartbreak, his confusion, his grief, and even his hope were just palpable as I was reading. As much as I adored Kyle though, I think it was Marley who really stole my heart. She’s just such a unique character and I was truly captivated by her.  Marley loves to write original fairytales, she has a small army of ducks that follow her at the park because she feeds them popcorn, and she also nurtures small creatures like snails, moving them off of foot paths so they won’t get stepped on.  Marley is almost too pure for this world, which made it all the more heartbreaking that she was carrying around so much grief and sadness for her dead sister.  I loved Marley and I loved the person Kyle started to become when he was around her.

My only real issue with All This Time is that there’s a major unexpected plot twist about two-thirds of the way through the book and it completely changes the direction the story is going in.  I’m always up for a good dramatic plot twist, but I just didn’t find this twist and subsequent events to be all that believable.  It didn’t hamper my overall enjoyment of the story very much; it just felt like one twist too many and that the story didn’t really need it. Even with that issue, however, I wouldn’t hesitate to recommend All This Time to anyone who enjoys heartfelt stories about love, grief, and healing. If you need a good cry, this is definitely your book!  3.5 STARS. 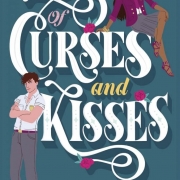 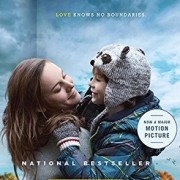 Reviews: DON’T LOOK FOR ME & WE ARE NOT FROM HERE