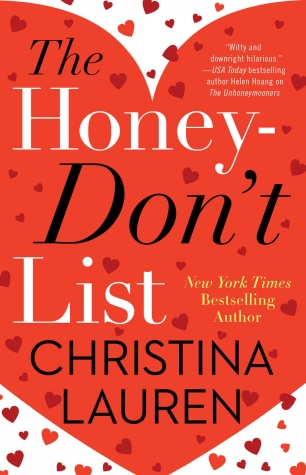 The Honey-Don't List by Christina Lauren
Also by this author: My Favorite Half-Night Stand, The Unhoneymooners

I admit that I was very late to jump on the Christina Lauren bandwagon, but ever since I read my first book by them, I’ve been hooked and their latest collaboration, The Honey Don’t List, has only made my love for their books continue to grow.

What a fun read this was!  Celebrity scandals have always fascinated me anyway, so I was drawn to this story as soon as I realized what it was about.  The fact that the story begins in a police station with the celebrity assistants being interviewed only served to whet my appetite all the more. Something dramatic and potentially scandalous has clearly happened and I was immediately flying through the pages wanting to know what had transpired.

Melly and Rusty Tripp are the celebrities in question.  Famous in the world of home décor and remodeling, Melly and Tripp have captured the hearts of their fans, not just because of their design talents but also because they have such a wonderful relationship.  They are America’s sweethearts and they’ve even written a book about their lives together and have a new Netflix series in the works. To cap off their success and promote their new book and show, the Tripps are going on a book tour together.  There’s just one problem: they actually despise each other.  Enter the real stars of The Honey Don’t List, the two personal assistants, Carey Douglas and James McCann, who have been tasked with the nearly impossible task of keeping the book tour from imploding by making sure Melly and Rusty don’t kill each other or otherwise expose that their marriage is basically a sham.

I adored both Carey and James from the start.  I was tremendously sympathetic to them both right away since my instinct would have been to resign.  Carey can’t resign though because 1) she desperately needs the health insurance, and 2) she has been with Melly since the beginning and feels obligated to be there for her. Even though she is high maintenance, Melly has been like a mom to Carey.  James is equally stuck in his position, primarily because his last job ended in disaster, with the firm he worked for wrapped up in some huge scandal.  James needs to rebuild his resume and a hugely successful organization like Melly and Rusty’s is just what he needs. I love a good underdog story and both of our protagonists are clearly cast in that role.

The book tour is of course a total train wreck with plenty of laugh out loud moments, which is exactly what I was hoping for from a Christina Lauren read.  What really had me captivated though was the growing relationship between Carey and James as they are forced to team up and try to save the day, so to speak.  Even though they initially don’t like each other very much, it’s clear they have off-the-charts chemistry.  I loved all of their moments together, whether they were scheming about how to do damage control with respect to Rusty and Melly or whether they were just truly opening up to one another and having meaningful conversations.  There are also plenty of flirty and sexy moments as the pair gets closer and closer, so yes, there’s lots of rom-com style goodness in The Honey Don’t List, also exactly what I’m looking and hoping for when I pick up a Christina Lauren book.

Hilarious and heartwarming, The Honey Don’t List is the perfect book to pick up if you’re looking to escape reality for a while. It’s sure to leave you with a smile on your face. 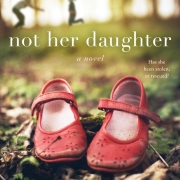 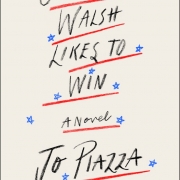 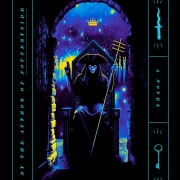