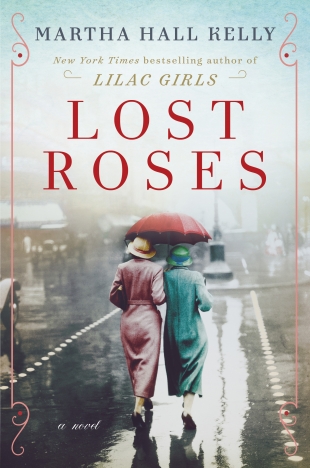 I was a huge fan of Martha Hall Kelly’s debut novel Lilac Girls, so I was thrilled to hear she has a new book, Lost Roses, coming out this year and that it actually ties in with Lilac Girls.  Where Lilac Girls featured American socialite Caroline Ferriday and was set during WWII, Lost Roses takes us back a generation and features Caroline’s mother Eliza and is set during WWI and the Russian Revolution.  While Caroline does make an appearance as a little girl in this latest novel, it is definitely Eliza’s story and can be read as a standalone.

As she did in Lilac Girls, Martha Hall Kelly chooses to focus the narrative of Lost Roses on three very different women and show not only how their lives are impacted by the harsh reality of war, but also how their lives become intertwined with one another. Eliza lives in America and is a socialite, while Sofya, who is Eliza’s best friend, is a Russian aristocrat who is related to the reigning Czar.  Varinka, the third character who is a central figure in the story, is also Russian, but she is lower class, living in poverty.

I loved the focus on these women and how the novel showcased how strong and resilient each of them could be in the face of adversity.  Eliza was especially easy to love because she’s such a loyal friend to Sofya and because she’s just so kind-hearted in general.  As she’s trying to get news about Sofya, whose letters from Russia have suddenly stopped coming, she also fully dedicates herself to helping all the Russian women who are arriving in New York.  These women have managed to escape war torn Russia, but they have nothing except the clothes on their backs.  She devotes herself to finding them shelter and employment.  I just adored her determination and her compassion.

Sofya is also easy to love because even though she’s an aristocrat, she’s clearly in an underdog role once the Revolution begins.  The aristocracy is under fire, and Sofya is just trying to survive and be the best mom she can to her young son, Max, something that’s hard to do when you fear for your life every moment of the day. I admired Sofya’s inner strength so much while reading her chapters.  As the Revolution presses on, she endures tragic losses that would have made many people give up, but instead of giving up, she manages to dig deep and find an inner strength that she didn’t think she had.  It was clear Sofya would do whatever she had to do to make sure Max was safe.

Varinka was the character I was probably the most conflicted about.  I sympathized with her so much in her earlier chapters because she is really living in dire straits.  Varinka’s life becomes entwined with Sofya and her family when they flee to their country estate, hoping they’ll be safer there, and decide they need a nanny for Max. Varinka manages to secure the job for herself, but in doing so, unknowingly brings danger right to Sofya’s doorstep.  My sympathy for Varinka wavered because she makes some very questionable decisions at times that bring harm to others, but ultimately, even though her actions frustrated me, I could understand why she made the choices she did, based on her circumstances, and because we get a very clear picture of what’s going through her head and the moral dilemmas she is facing.  Her struggles felt very authentic and human, so in the end, I still felt sympathy towards her.

In addition to these three characters and their moving stories, I was also impressed by how well-researched the story is.  It’s historical fiction based on the real-life Eliza Woolsey, and it’s clear that the author knows her subjects well. She brings Eliza to life beautifully, and she does a tremendous job of capturing the atmosphere of lawlessness and anarchy that came with the Russian Revolution. And finally, she does an equally brilliant job of showing how badly the aristocracy treated the poor, thus contributing to the onset of the Revolution in the first place.

My love for Martha Hall Kelly’s style of storytelling has only grown with my reading of Lost Roses.  The writing is exquisite, and I’m just constantly fascinated by the way she shows war from the perspective of women, which in most cases, is very different from what we’re used to seeing.  In addition to being about war, Lost Roses is also a well-crafted, moving story of strength, determination, and friendship. I’d highly recommend it to anyone who enjoyed Lilac Girls, enjoys historical fiction in general, and especially to anyone who would like to know more about the Russian Revolution and the beginnings of WWI.

It is 1914 and the world has been on the brink of war so many times, many New Yorker’s treat the subject with only passing interest. Eliza Ferriday is thrilled to be traveling to St. Petersburg with Sofya Streshnayva, a cousin of the Romanov’s. The two met years ago one summer in Paris and became close confidantes. Now Eliza embarks on the trip of a lifetime, home with Sofya to see the splendors of Russia. But when Austria declares war on Serbia and Russia’s Imperial dynasty begins to fall, Eliza escapes back to America, while Sofya and her family flee to their country estate. In need of domestic help, they hire the local fortuneteller’s daughter, Varinka, unknowingly bringing intense danger into their household. On the other side of the Atlantic, Eliza is doing her part to help the White Russian families find safety as they escape the revolution. But when Sofya’s letters suddenly stop coming she fears the worst for her best friend.

From the turbulent streets of St. Petersburg to the avenues of Paris and the society of fallen Russian emigre’s who live there, the lives of Eliza, Sofya, and Varinka will intersect in profound ways, taking readers on a breathtaking ride through a momentous time in history. 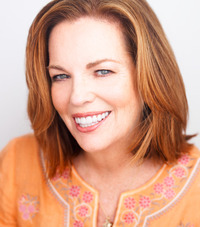 Martha grew up in Massachusetts and now splits her time between Connecticut, New York City and Martha’s Vineyard. She worked as an advertising copywriter for many years and raised three splendid children, while researching and writing Lilac Girls, her first novel. She is excited to share the prequel, Lost Roses, coming this April and is thrilled she doesn’t have to say good-bye to Caroline and Eliza. You’ll find more info about the incredible, true stories behind both books at her website: http://www.marthahallkelly.com and clues about the prequel Lost Roses on her ever-changing Pinterest page. 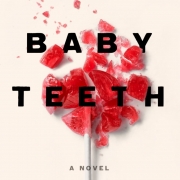