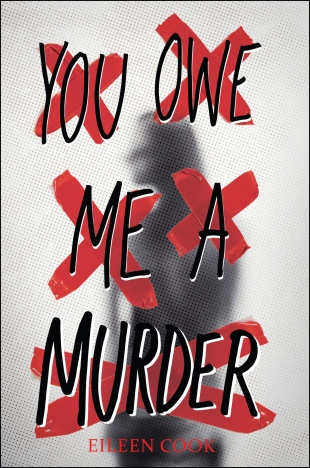 You Owe Me a Murder by Eileen Cook


YOU OWE ME A MURDER Review

Eileen Cook’s latest novel You Owe Me a Murder follows 17-year-old Kim, who is traveling to London for a class trip.  Kim initially agrees to go on this trip because her then-boyfriend had signed up to go as well. However, when he later dumps Kim, the trip is suddenly much less appealing to her, especially when she finds out his new girlfriend will also be going on the trip.  Unable to get out of it, Kim tries to make the best of a bad situation and when she strikes up a conversation with Nicki, a young woman from London who will be on their flight too, things suddenly start to look up for her.  Nicki listens sympathetically to Kim’s rants about her ex, and Kim reciprocates as Nicki rants about her mother.  Reminiscent of the book and film Strangers on a Train, Nicki then starts joking around about how they should swap murders, and because it’s keeping her entertained on their long flight, Kim plays along.

When the unexpected happens soon after they arrive in London, and Kim’s ex mysteriously dies, Kim realizes she may have bitten off more than she can handle, especially when she starts getting threatening messages from Nicki, reminding her that she’d better hold up her end of the deal.

Kim is such a great character.  She’s an interesting blend of resourcefulness and vulnerability, and I liked her right away.  Can you imagine anything more awkward than being a teenager stuck on a school trip with your ex-boyfriend and his new girlfriend?  It was impossible not to feel sympathetic towards her and hope that she could figure out a way to have a good time in spite of her ex.  It was also easy to see how Kim got in way over her head with Nicki.  Nicki played it off like she’s this cool chick who gets where Kim is coming from, but she’s really a predator who preys on Kim’s obvious misery and naivety and gets her to vent about what a jerk her ex is and how her life would be so much better if he wasn’t around.  When Kim gets off that plane, she feels so much better about her trip, thanks to Nicki, but is completely oblivious as to what she has unintentionally set into motion.

One of my favorite things about You Owe Me a Murder is how it’s presented from Kim’s perspective.  We get her raw emotions as she witnesses her ex-boyfriend dying unexpectedly, followed by the sudden realization as to who is responsible and what it means for her.  Then we get that firsthand look at just how far Nicki has gotten into Kim’s head as she runs through all her options trying to come up with a way out of her predicament.  Her fears are palpable, as is her growing concern that her only way out may actually be to commit a murder.  Kim’s mind racing like this had me racing through the pages and I don’t think the story would have been nearly as effective if it had come to us from any other point of view.

The pacing of You Owe Me a Murder was fantastic as well.  I read it in one day and every time I sat the book down, I couldn’t get back to it fast enough.  Cook does an incredible job of building up the suspense as Kim waits for Nicki’s next move and tries to figure out how to outsmart her.  There was plot twist after plot twist, none of them predictable, and I was on the edge of my seat waiting to see who would come out on top.

Finally, I also liked that the book left me with so much to think about.  It’s so easy to see how someone could be too trusting and end up being taken advantage of and manipulated like Kim was.  It’s an uneasy thought but one that really resonated with me.

The only issue I had was that I would have liked a little more development of the secondary characters.  Most of them fell flat in comparison to Kim and Nicki.

Eileen Cook’s You Owe Me a Murder is a riveting thriller that will keep you on the edge of your seat.  I’d highly recommend it to anyone who enjoys a good thriller, but especially to anyone who is a fan of either Patricia Highsmith’s Strangers on a Train or the Alfred Hitchcock film of the same name.

Seventeen-year-old Kim gets more than she bargained for when she is set up for murder. Perfect for fans of One of Us is Lying, E. Lockhart, and Gillian Flynn.

17-year-old Kim never expected to plot a murder. But that was before her boyfriend dumped her for another girl. Now, Kim’s stuck on a class trip to London with him and his new soulmate and she can’t help wishing he was a little bit dead, even if she’d never really do that.

But when Kim meets Nicki, a stranger on the plane who’s more than willing to listen to Kim’s woes, things start to look up. Nicki’s got a great sense of humor, and when she jokes about swapping murders, Kim plays along—that is, until Kim’s ex-boyfriend mysteriously dies.

Blackmailed by Nicki to fulfill her end of the deal, Kim will have to commit a murder or take the fall for one. 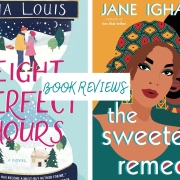 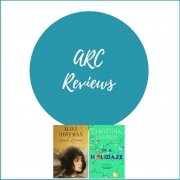 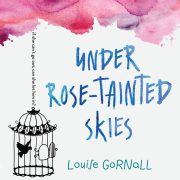 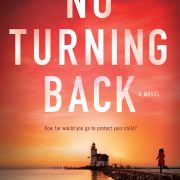 Book Review: No Turning Back
26 replies