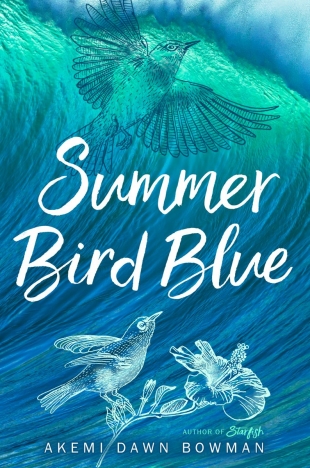 Summer Bird Blue by Akemi Dawn Bowman
Also by this author: Starfish, Harley in the Sky

Akemi Dawn Bowman’s Summer Bird Blue is a heartbreakingly beautiful story about grief and how to come to terms with the loss of a loved one, especially when that loved one is the person that you’re closest to in the whole world.  Rumi Seto and her younger sister Lea are like two peas in a pod.  They’re best friends and they both share a passion for music. They spend most of their time writing songs together and dream of making music together for a living when they’re older.  But then tragedy strikes and Lea dies in a car accident.

Rumi is overcome with grief and is struggling to cope.  Then things get even worse because without any warning or explanation, Rumi’s mother decides to send her away to stay with her aunt in Hawaii for the summer.  Rumi is hurt and confused – shouldn’t they be trying to work through their grief together?  All they have left is each other and now her own mother doesn’t want her around?   Rumi doesn’t know how she’s going to get through this on her own, or for that matter, if she will be able to get through this.    The sense of loss that she feels is so crushing that she can’t even bear to play music anymore because it just makes her heart ache so much.

Rumi arrives in Hawaii feeling so lost and angry that she immediately begins lashing out at everyone around her, especially her aunt and her aunt’s neighbors.  Everyone around her sees the pain that she is in and they want to help in any way they can, including a very persistent teenage surfer named Kai.  He is determined to break down the walls Rumi has built up around herself.  Will Rumi let him, or anyone else, in?

Summer Bird Blue has so many qualities that I love in a contemporary novel.    I could probably write about my LIKES for days, but I’ll try to restrain myself to a few highlights so I don’t accidentally spoil anything.

Rumi, of course, was a favorite from the beginning.  I loved seeing her interact with her sister, especially their song writing drill where they come up with three random words and then compose a song around those three words.  They were clearly about as close as two sisters could possibly be, so it was absolutely heartwrenching when the car accident took Lea away from Rumi.

I also thought Bowman did a beautiful job portraying all the emotions that Rumi was feeling after her sister’s death.  The grief, the frustration, the anger and the confusion – it’s all just so palpable.  Some may find Rumi somewhat abrasive and unlikable because of the way she lashes out at everyone around her, but she is so clearly being crushed by this suffocating grief that I didn’t hold her words or her actions against her.  It just all felt very real to me.  I’m very close to my sister too and know that I would probably react the exact same way if I lost her the way Rumi lost Lea.

Bowman’s use of flashbacks was also very effective.  She uses them to show memories that Rumi is reflecting on about her relationship with both her mother and her sister.  We begin to see that although Rumi loved her sister more than life, their relationship was pretty complex and a lot of what Rumi is feeling is also guilt because she wasn’t always the nicest to Lea.  There’s also an intricate dynamic between Rumi and her mom when it came to Lea that also sheds some light on why Rumi’s mom has seemingly abandoned her.

Summer Bird Blue also features a wonderful cast of secondary characters.  My favorite was Mr. Watanabe, the elderly man who turns his garden hose on Rumi when she lashes out at him and his dog.  After their initial contentious meeting, Mr. Watanabe becomes an unexpected source of emotional support for Rumi.  His home, along with the music he listens to, becomes somewhat of a sanctuary for Rumi.  Mr. Watanabe has also lost loved ones and so he understands that grieving is a process and that Rumi needs to work through it at her own pace.  The friendship that develops between them is just lovely.

In addition to Mr. Watanabe, surfer dude Kai was also a favorite of mine.  I loved his persistence, his sense of humor, and his free spirit.  Kai can be kind of an adorable dork at times, but when it comes down to it, he’s there for Rumi whether she wants him to be or not.

The last thing I want to talk about is how wonderfully diverse Summer Bird Blue is.  The entire cast of characters is multi-racial, and Bowman includes culture from every race that is represented.  She does an exceptional job of sharing Hawaiian culture, in particular, and had me wanting to pack my suitcase and fly there.

In addition to being racially and culturally diverse, however, Summer Bird Blue is also diverse in that while she is trying to work through her grief and figure out who she even is without Lea, Rumi is also questioning and exploring her sexuality.  She has never had any real interest in dating or in kissing anyone, and wonders why.  She’s not interested in boys or girls in any way beyond friendship and finally begins to understand and embrace the idea that she is both asexual and aromantic.

Summer Bird Blue is one of those books that I could just gush about for days.  Between it and Bowman’s earlier novel Starfish, she has become an auto buy author for me.  Her books are just always so heartfelt and are filled with such well-drawn characters.  Even when they make me cry, which both of these books did, they are a joy to read and I will never hesitant to recommend them to anyone who enjoys contemporary fiction.

Rumi Seto spends a lot of time worrying she doesn’t have the answers to everything. What to eat, where to go, whom to love. But there is one thing she is absolutely sure of—she wants to spend the rest of her life writing music with her younger sister, Lea.

Then Lea dies in a car accident, and her mother sends her away to live with her aunt in Hawaii while she deals with her own grief. Now thousands of miles from home, Rumi struggles to navigate the loss of her sister, being abandoned by her mother, and the absence of music in her life. With the help of the “boys next door”—a teenage surfer named Kai, who smiles too much and doesn’t take anything seriously, and an eighty-year-old named George Watanabe, who succumbed to his own grief years ago—Rumi attempts to find her way back to her music, to write the song she and Lea never had the chance to finish. 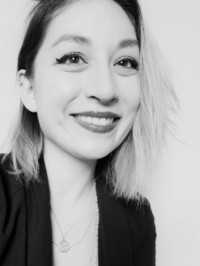 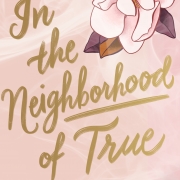 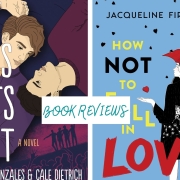 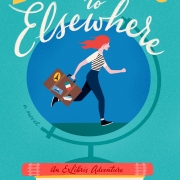 Backlist Briefs – Mini Reviews for THE KISS QUOTIENT & SOLD ON A...