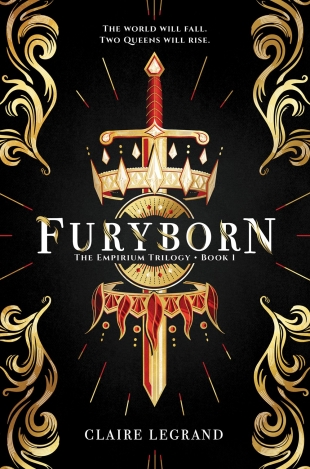 Novels that feature strong, independent female characters and dual timelines are nearly always guaranteed to grab my attention and such was the case with Claire Legrand’s YA fantasy novel, Furyborn.  Furyborn follows two incredibly independent women, Rielle Dardenne and Eliana Ferracora, who lived centuries apart but who both play a role in an ancient prophecy known to all in their lands.  The prophecy states that two magic-wielding Queens will rise to power, a Sun Queen and a Blood Queen, and one will have the power to save their kingdom, while the other will have the power to destroy them all.

Furyborn is an exciting adventure from start to finish as we follow these two fiercely independent women as they rush forward to meet their destinies.

One of the things that I really enjoyed about Furyborn was the way the dual timeline was used to allow each woman’s journey to unfold.  With Rielle, we are presented with not only her role in the prophecy, but also the way she meets her end, in the novel’s prologue.  Rielle’s journey in the book, therefore, is more of a rewind back to show how she got to the point where we find her as the book begins.  Eliana’s narrative, on the other hand, moves more straightforward in that we simply follow her to find out where she fits into the prophecy and to where her story ultimately intersects with Rielle’s.

Out of the two main characters, I’d have to say that Eliana was probably my favorite.  As I’ve already mentioned she’s incredibly independent and strong. What I found most interesting about her, however, is that she also falls into the morally gray category.  When the Empire came in and conquered her kingdom, Eliana began working for them as a bounty hunter.  She’ll slit a Rebel’s throat in a heartbeat if there’s money involved, thus earning herself the nickname “The Dread of Orline.”  Although many of her actions are morally questionable, her heart, however, is in the right place because she’s desperate to have enough money to take care of her mother and brother.  Eliana could be arrogant and obnoxious at times, but I still ultimately liked her because of that big heart of hers.

Even though I didn’t like her quite as much as I liked Eliana, Rielle was also a pretty likable character.  What I liked about Rielle was that she fit so well into that underdog category that I’m always such a big fan of.  Rielle lives in a time where most individuals possess some magic and wield control over one of the natural elements.  During a horse race, Rielle’s best friend finds himself in mortal danger and when Rielle jumps in to try to save him, she accidentally reveals that not only does she too possess magic, but she wields control over more than the usual one element.  In trying to save her friend, she has used her magic recklessly and wreaked so much havoc that everyone in the kingdom is terrified of her.  Whispers about the prophecy and that she might be one of the Queens immediately begin.  Rielle is brought before the King where he informs her that she must face seven potentially deadly elemental trials.  She will either successfully complete each of these trials, thus proving that she is one of the two prophesied Queens or else she will not succeed and she will die.  No pressure there, right?  I just really admired the way she faced each challenge head-on, almost defiant, at times.

I was also quite intrigued by the world building in Furyborn.  This fantasy world and its magical system were quite fascinating, especially the Empirum and how Rielle was able to manipulate it, but I still would have liked a little more detail about pretty much everything.  Some parts of it were a little confusing, especially the angels, who were apparently bad and banished.  I’m hoping a second book will shed more light on some of the fantasy elements in the series.

The main reason I didn’t rate this higher even though I quite enjoyed the story overall was that it honestly felt like two separate books where I was reading a chapter from one and then a chapter from the other.  I would have liked to see more connective threads between them throughout to remind me that the two stories would eventually interconnect.

A second issue I had, and this is probably one of those ‘It’s me, not the book’ scenarios, but Rielle’s storyline started to wear thin on me after a while.  Those trials, while initially exciting, started to feel somewhat tedious. I can, admittedly, have the attention span of a gnat, but after the first couple of trials, I kept hoping that something would happen so that we didn’t have to go through all seven of them or that the author would simply gloss over the details rather than give us a play-by-play of everything that happened.  I also thought too much emphasis was placed on her costumes, each of which were custom made to match the element of the trial she was about to engage in.  It reminded me of the scenes from The Hunger Games when Katniss was dressed up as the Girl on Fire.  Since I didn’t particularly care for those scenes in The Hunger Games, it was a little ugh going through similar scenes in Furyborn.

One other area that didn’t set well with me was a scene early on where Rielle, clearly not in control of her magic, cruelly kills an animal.  I understood what the author was trying to show in this scene, but it was just very graphic and upsetting.

While it’s not a perfect read, it’s still highly entertaining overall and I do think that Furyborn is a solid beginning to what is sure to be a great new fantasy series.

Follows two fiercely independent young women, centuries apart, who hold the power to save their world…or doom it.

When assassins ambush her best friend, the crown prince, Rielle Dardenne risks everything to save him, exposing her ability to perform all seven kinds of elemental magic. The only people who should possess this extraordinary power are a pair of prophesied queens: a queen of light and salvation and a queen of blood and destruction. To prove she is the Sun Queen, Rielle must endure seven trials to test her magic. If she fails, she will be executed…unless the trials kill her first.

A thousand years later, the legend of Queen Rielle is a mere fairy tale to bounty hunter Eliana Ferracora. When the Undying Empire conquered her kingdom, she embraced violence to keep her family alive. Now, she believes herself untouchable–until her mother vanishes without a trace, along with countless other women in their city. To find her, Eliana joins a rebel captain on a dangerous mission and discovers that the evil at the heart of the empire is more terrible than she ever imagined.

As Rielle and Eliana fight in a cosmic war that spans millennia, their stories intersect, and the shocking connections between them ultimately determine the fate of their world–and of each other. 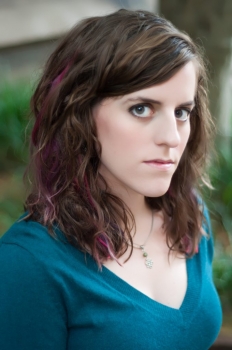 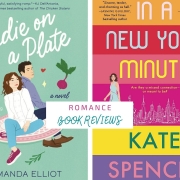