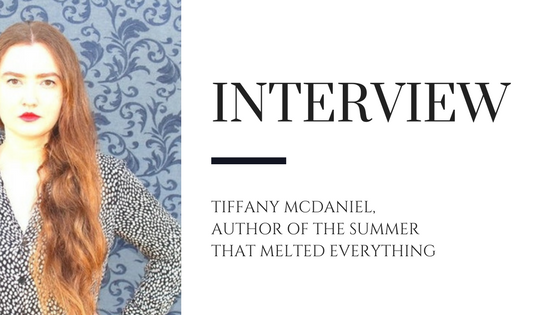 “Tiffany McDaniel is an Ohio native whose writing is inspired by the rolling hills and buckeye woods of the land she knows. Also a poet and artist, she is the winner of The Guardian’s 2016 “Not-the-Booker Prize” for her debut novel, The Summer that Melted Everything. The novel was also a Goodreads Choice Award double nominee in both fiction and debut categories, is a current nominee for the Lillian Smith Book Award, and has recently been announced as a finalist for the Ohioana Literary Award and the Women’s Fiction Writers Association Star Award for Outstanding Debut.”  (from www.tiffanymcdaniel.com)

The Summer That Melted Everything is being released on paperback today and to mark the occasion, I was fortunate enough to have the opportunity to ask Tiffany some questions about the novel, about her career as a writer, and about what she has in the works next.  Here’s what she had to say:

1. What made you decide you wanted to write for a living?

I’ve been writing since I was a kid. Writing is the first thing I remember  doing without being told to do so. I had that innate desire to write down what was in my head. I’ve always known I wanted to live with story. I think for most of us writers, we don’t decide to write. We *need* to write. We can only hope we are fortunate enough to be able to make a career out of it.

2. What has been one of your most rewarding experiences as an author so far?

I would say publication itself. Many of us authors don’t feel as if we’ve made it until we are published. For me, it was an eleven-year journey to publication, full of lots of rejection and perseverance, so it was an uphill battle. At the end of that battle, it was nice to see a book of mine finally on the shelf.

3.  Who are some of the authors that inspire you?

I came late to reading the authors who I consider to be among my favorites now. I’ve always written more than I’ve read. For some authors, they read more than they write. Some of my favorite authors are Ray Bradbury, Shirley Jackson, and Donna Tartt. There is also the poet James Wright, who is from my land of Ohio. I can’t say these authors have inspired me, because by the time I came upon them I already had a few novels written, but they are authors who I rank among my favorites thus far and authors I recommend everyone to check out.

4. What are some of the best books that you’ve read recently?

I’m making my way through Ruth Franklin’s bio of Shirley Jackson, A Rather Haunted Life. So far this bio has proved an interesting read about Jackson. One of my favorite novels of Jackson’s is, We Have Always Lived in the Castle. I think this bio and her novel really complement each other.

5. How did you come up with the idea for The Summer That Melted Everything?

The novel started first as a title. It was one of those hot Ohio summers that I felt like I was melting to the ground. Out of true heat, the title was born. I usually start writing a new novel with two things: the title and the first line. These two things lead the entire rest of the story.  Because I don’t outline or plan the story beforehand, the plot and characters evolve with each new word and page that I write.

6.  If The Summer That Melted Everything was being made into a major motion picture, who would you pick to star in it?

I do hope the novel is one day translated to the screen, and I hope to be the writer behind the adaptation. I have thought of the actors who would play the characters. For the younger characters, I think the actors will be newcomers to the scene. I’m still thinking of who would be nice to play the other older characters. I suppose no one can ever truly replace the way the characters are in one’s mind, but for older Fielding in particular, I think Anthony Hopkins would do a wonderful job taking on that role.

7.  What is the main message you hope readers take away from your book?

In this novel, we see the tragic consequences of hate, so I’d say one of the biggest messages of the novel is to just love each other a little more.

8. What do you do in your free time when you aren’t writing?

I love plants and nature, so I really enjoy gardening. Also, baking and spending time with all the animals in my life. I also love art and I dapple in everything from charcoal to watercolors. It’s important to always keep the creative wheel spinning. Art really lets me do that.

9. Are you currently working on a new novel?

I’ve returned to that very first novel I wrote when I was eighteen. It’s titled, The Chaos We’ve Come From.  I have eight completed novels, and just like in all of them, in The Chaos We’ve Come From, the fictional town of Breathed, Ohio will be the setting. Ohio is a land that has shaped me as an author. The Chaos We’ve Come From in particular is inspired by my mother’s coming-of-age in southern Ohio, in those foothills of the Appalachians, from the 1950s to the death of her father in the early 1970s. It feels like a good time to return to these characters and to this story.

Never give up. While The Summer that Melted Everything is my first published novel, it’s actually my fifth or sixth novel written. I wrote that first novel when I was eighteen, and wouldn’t get a publishing contract until I was twenty-nine for The Summer that Melted Everything. It was a long eleven-year journey to publication, full of rejection and perseverance. My writing is dark, and I was often told I was risky to publish. But if I had given up, I wouldn’t be where I am today with a book on the shelf. So to all the writers out there on the journey to publication, I say, don’t let rejection destroy you.  Let rejection empower you.

Thanks so much to Tiffany McDaniel for taking the time to answer all of my questions!  If you’re not familiar with The Summer That Melted Everything, here’s the synopsis from Goodreads:

Fielding Bliss has never forgotten the summer of 1984: the year a heat wave scorched Breathed, Ohio. The year he became friends with the devil.

Sal seems to appear out of nowhere – a bruised and tattered thirteen-year-old boy claiming to be the devil himself answering an invitation. Fielding Bliss, the son of a local prosecutor, brings him home where he’s welcomed into the Bliss family, assuming he’s a runaway from a nearby farm town.

When word spreads that the devil has come to Breathed, not everyone is happy to welcome this self-proclaimed fallen angel. Murmurs follow him and tensions rise, along with the temperature as an unbearable heat wave rolls into town right along with him. As strange accidents start to occur, riled by the feverish heat, some in the town start to believe that Sal is exactly who he claims to be. While the Bliss family wrestle with their own personal demons, a fanatic drives the town to the brink of a catastrophe that will change this sleepy Ohio backwater forever.

Sounds amazing, right?  So be sure to pick up a copy at your local bookstore! 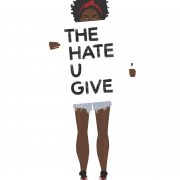 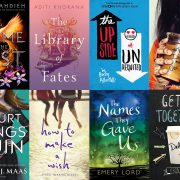 Blogiversary Giveaway #2: Enter to Win a 2017 YA New Release Preorder (8 titles to choose from) 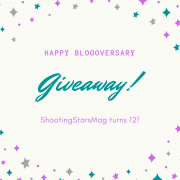 Giveaway: Help ShootingStarsMag Celebrate her 12th Blogoversary & Enter for your Chance to Win a Free Book!