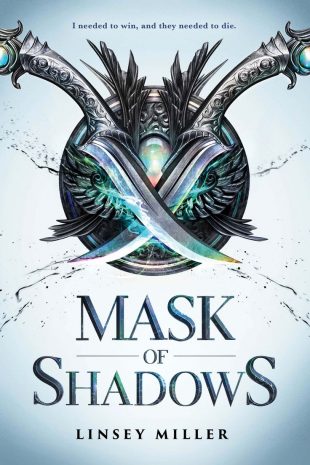 Mask of Shadows by Linsey Miller

Sallot Leon, the protagonist in Linsey Miller’s Mask of Shadows, is out for revenge.  Sal is the sole survivor of the territory of Nacea.  Nacea and all of its people were destroyed when the land of Erlend started a Civil War with the land of Alona.  Erlend was supposed to protect Nacea but when mysterious and deadly shadows were unleashed during the war, the Erlend lords chose to abandon Nacea and retreat to safety.  Completely alone and forced to live as a thief in order to survive, Sal is determined to make those Erlend lords pay for what they did to Nacea.

When Sal steals a poster advertising a contest to become Opal, one of the Queen’s group of elite assassins, it sounds like the perfect way to gain access to the lords and thus begin seeking revenge.  There’s just one catch – the competition to become Opal is basically a fight to the death, the last one alive wins.  So Sal’s plan is ultimately to get revenge or die trying.

I’d have to say that Sal is definitely my favorite part of the novel. They are charming, witty, and extremely resourceful.  Sal is also the classic underdog in this competition because the majority of the competitors are heavily trained in combat and other lethal skills, whereas Sal is used to getting by on their street smarts.

You’ll also notice my use of ‘they’ as I’m referring to Sal.  Sal is a gender fluid protagonist, and in most cases is referred to as they, although Sal indicates that what gender pronouns are used should be dictated by what type of clothing is being worn. If Sal is wearing a dress, for example, using ‘she’ is perfectly acceptable.  I had never read a book with a gender fluid character in it before so this made for a unique read.  I don’t know much at all about gender fluidity but I thought Miller did a very nice job portraying it here.  I also liked that it was incorporated smoothly into the overall story and didn’t overshadow other plot points.  A few characters inquired about it in terms of how to address Sal, but otherwise they accepted it without question and moved on. It wasn’t treated as an oddity.

Another aspect of Mask of Shadows I enjoyed was the competition itself.  Yes, it was reminiscent of The Hunger Games, but it was still an exciting, action-packed part of the book regardless.  The rules were basically to kill as many of your fellow competitors as possible, but do so without being caught.  Since the competition is to become one of the Queen’s assassins, stealth is one of the most important qualities needed.  Miller does a fantastic job of building plenty of tension and suspense as the reader follows Sal through the competition, playing this ultra-intense kill-or-be-killed game, never knowing when a potential assassin might be hiding around any corner, or up in any tree, looking for the perfect opportunity to take them out. One distinct difference between this competition and The Hunger Games was that all of the competitors were referred to by numbers and wore numbered masks over their faces at all times.  They were only referred to by their numbers, which added an almost-dehumanizing element to the competition. I had mixed feelings about the masks because there were a few competitors I would have liked to know more about, but it was hard to connect with any of them since they were just faceless numbers.

Also somewhat reminiscent of The Hunger Games, but in a good way (for me anyway) is that each competitor is assigned a servant to help them dress, bathe, ensure they have safe, non-poisoned food to eat each day.  Sal’s servant, Maud, was one of my favorite characters in the book.  She’s not allowed to give Sal any kind of advantage during the competition, but behind the scenes, she is hard core in Sal’s corner.  Why?  Because if Sal wins, Maud gets a reward and a huge promotion.  So she’s very excited each day that Sal doesn’t die.  She’s sassy too, so she adds a much-welcomed element of lightheartedness in the middle of what is otherwise just scene after scene of murders and attempted murders.

My biggest issues with Mask of Shadows had to do with pacing, which was slow at times, especially when the author was detailing Sal’s backstory and the reasons why they wanted to become one of the Queen’s assassins.  I lost interest a few times along the way and only came away with a vague notion of what the world of Mask of Shadows entailed so I would have loved more world building, but without it being in the form of info dumps.

I also had issues with the romance, which I found to be out of place and unfortunately distracting from the main storyline.  Although I thought Sal and Elise had a lot of chemistry when they first met (while Sal was robbing Elise), as the story went on and they are reunited as part of the competition, I preferred them  as teacher and student rather than romantic partners.

Overall, I think more action-packed competition scenes and little or no romance would have better served Mask of Shadows.

While I did have some issues with it, overall I still enjoyed reading Mask of Shadows.  While parts of the storyline are in some ways reminiscent of The Hunger Games, the similarities did not bother me because there are still enough differences to make it a unique and entertaining read.

Thanks so much to Netgalley, Linsey Miller, and Sourcebooks Fire for allowing me to preview this book.  This in no way shapes my opinion of the book being reviewed.

Sallot Leon is a thief, and a good one at that. But gender fluid Sal wants nothing more than to escape the drudgery of life as a highway robber and get closer to the upper-class and the nobles who destroyed their home.

When Sal Leon steals a poster announcing open auditions for the Left Hand, a powerful collection of the Queen’s personal assassins named for the rings she wears — Ruby, Emerald, Amethyst, and Opal — their world changes. They know it’s a chance for a new life.

Except the audition is a fight to the death filled with clever circus acrobats, lethal apothecaries, and vicious ex-soldiers. A childhood as a common criminal hardly prepared Sal for the trials. But Sal must survive to put their real reason for auditioning into play: revenge. 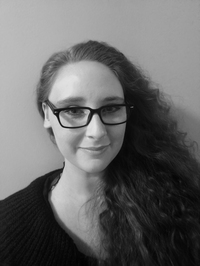