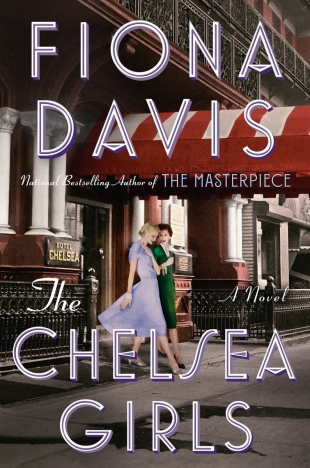 The Chelsea Girls by Fiona Davis

As a fan of historical fiction and a lover of all things New York City, I have had Fiona Davis’ novels on my must-read list for a while now. I had a feeling she would be a great fit for me, and I’m happy to say that my instinct was correct. Her latest novel, The Chelsea Girls, was everything I hoped it would be and more.  The story begins in Naples Italy during WWII and follows two young women, Hazel Ripley and Maxine Mead, who meet and become fast friends while serving on a USO tour together.  Once the war is over, Hazel and Maxine return to the states, specifically to New York City and the iconic Chelsea Hotel, where they are each looking to jumpstart their careers, Maxine as an actress and Hazel as a playwright.  The Chelsea Girls follows both Hazel and Maxine and focuses on how their lives and their friendship are impacted by the 1950s and specifically the McCarthy Era and the threat of Communism.

The historical aspect of The Chelsea Girls was a huge draw for me.  The 1950s is a period I’ve not encountered in many historical novels so, in many ways, it was a unique and refreshing read. Davis also does an incredible job of portraying just how destructive this period in history was for the entertainment industry.  Joseph McCarthy, the House Unamerican Activities Committee, and everyone else who bought into the hysteria and fear that Communists were infiltrating the U.S. were just relentless and ruthless in their pursuit and takedown of anyone they suspected of having Communist ties.  I was riveted by Davis’ exploration of the way they targeted the entertainment industry, and especially the way they got so many in the theater world blacklisted, destroying careers and lives, often without a shred of real evidence against their targets.

It wasn’t just the historical aspect of the novel that appealed to me though. I was also drawn to The Chelsea Girls because I knew a female friendship was at the heart of the story. And the friendship between Hazel and Maxine does not disappoint. Both characters are multi-layered and just oh so complex and their relationship follows suit.  I became completely invested in their friendship as soon as they met on the USO tour in Naples during WWII and continued to care very deeply for them as they experienced the inevitable ups and downs that come with a 20+ year friendship.  Their relationship is filled not only with love, friendship, support and successes, but also with failures, hurt, and betrayal.  Davis does a beautiful job of weaving together all those elements in such an organic way that it felt like I knew these women and was there watching their relationship evolve over the years.  I didn’t always love both characters, but I was still invested in them just the same.

A final element of Davis’ storytelling that I loved is that she makes the iconic Chelsea Hotel into a character of sorts.  This fascinated me, especially given the host of illustrious artistic types the landmark hotel housed in its day. If the Chelsea were actually a person, he or she would certainly have seen a lot!

As a side note, I also loved that as we follow Hazel’s career as a playwright, we get to follow the steps involved in staging a play on Broadway.  We see it from writing the actual script all the way through to opening night. I found it all so interesting and loved the extra layer that it added to an already multi-layered story.

The Chelsea Girls is an engaging and powerful historical read.  In addition to shedding a light on what a witch hunt the McCarthy Era really was, it’s also a moving story about female friendship and all its highs and lows.  These characters and their experiences are going to stick with me for a while and so I’d highly recommend it to any fan of historical fiction, theater, and female friendships.

Fiona Davis has me hooked now with her special brand of storytelling.  The Chelsea Girls was my first read from her, but it definitely will not be my last!

From Fiona Davis, the nationally bestselling author of The Dollhouse and The Address, the bright lights of the theater district, the glamour and danger of 1950s New York, and the wild scene at the iconic Chelsea Hotel come together in a dazzling new novel about the twenty-year friendship that will irrevocably change two women’s lives.

From the dramatic redbrick facade to the sweeping staircase dripping with art, the Chelsea Hotel has long been New York City’s creative oasis for the many artists, writers, musicians, actors, filmmakers, and poets who have called it home—a scene playwright Hazel Riley and actress Maxine Mead are determined to use to their advantage. Yet they soon discover that the greatest obstacle to putting up a show on Broadway has nothing to do with their art, and everything to do with politics. A Red scare is sweeping across America, and Senator Joseph McCarthy has started a witch hunt for Communists, with those in the entertainment industry in the crosshairs. As the pressure builds to name names, it is more than Hazel and Maxine’s Broadway dreams that may suffer as they grapple with the terrible consequences, but also their livelihood, their friendship, and even their freedom.

Spanning from the 1940s to the 1960s, The Chelsea Girls deftly pulls back the curtain on the desperate political pressures of McCarthyism, the complicated bonds of female friendship, and the siren call of the uninhibited Chelsea Hotel. 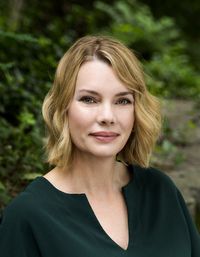