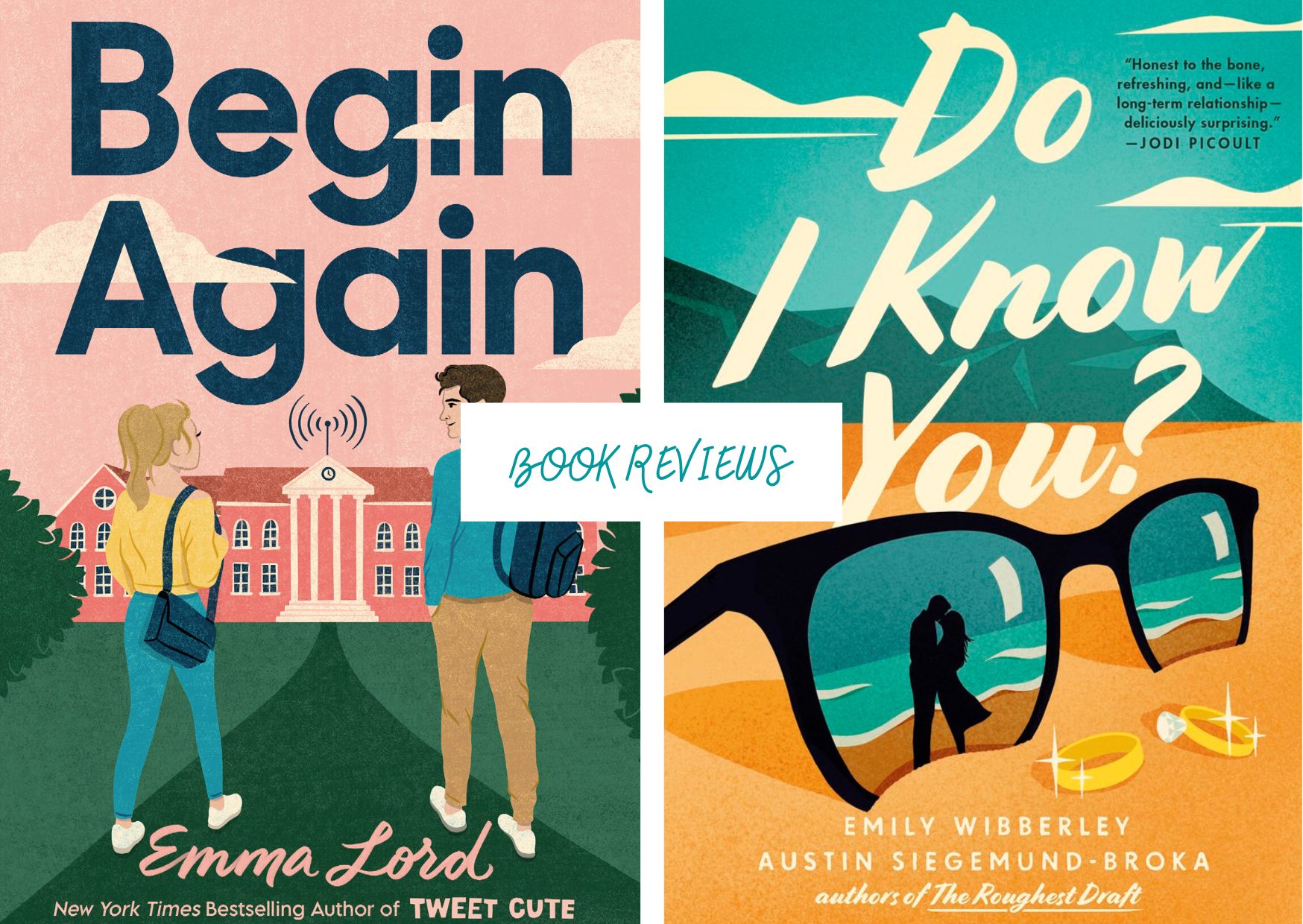 It’s another new week so it’s time for a fresh set of reviews for upcoming fiction releases.  Today I’m sharing my thoughts on two romance novels that will be hitting the shelves tomorrow, Begin Again from one of my favorite YA authors Emma Lord, and Do I Know You? from the wonderful writing duo, Emily Wibberley and Austin Siegemund-Broka.  Let me know in the comments if these sound like books you’ll be interested in reading. 🙂

I was a little nervous going into Begin Again by Emma Lord just because I haven’t had much luck with YA novels lately.  I should have known better though because Emma Lord has always delivered wonderful reads for me and Begin Again was no exception.

First of all, it’s set on a college campus, which has become one of my favorite YA settings.  I don’t know if it’s the nostalgia factor since I loved college so much or if it’s just that there aren’t that many YA books set on college campuses, but whatever the reason, the college setting put a smile on my face from the first page.  Second, I also liked that the protagonist was coming in off cycle as a second semester Freshman transfer student, also something I don’t often see in YA novels and a scenario that presents its own unique set of challenges for the protagonist.

Speaking of the protagonist, I found Andie to be a likeable character with a very relatable journey. She has finally arrived at the college of her dreams, after failing to get in the first time she applied, and immediately goes searching for her boyfriend who also goes there.  She’s hoping to surprise him because she didn’t tell him she had applied as a transfer student.  Andie’s the one who ends up surprised though because guess what? Her boyfriend wanted to surprise her too and has transferred to the community college Andie had been attending.

The rest of the story focuses on Andie figuring out who she is and what her place is without having her identity and all of her choices intertwined with her boyfriend’s.  I loved this journey for her and that she met so many wonderful friends along the way.  Her new roommate, Shay; her R.A and maybe crush, Milo; and her stats tutor, Valeria; become the found family Andie didn’t even know she needed and they help her navigate so many of the challenges she faces as a new college student.  I loved how they supported her and also got her out there having fun and truly embracing the college experience.

In addition to the coming of age/finding your path aspect of the story, there’s also a very moving subplot involving Andie’s connection to the college through her parents who both went there.  Andie’s mom died several years ago and she’s still processing that grief, as well as dealing with an estranged father who basically ran away after Andie’s mom died, leaving her to live with her grandmothers.  Attending this college allows Andie the opportunity to form an even deeper connection with her parents as she joins a secret society her mom and dad founded back when they were students.  It also opens the door to help heal the rift between Andie and her dad and there are some very moving scenes between those two that choked me up a bit.

With its college setting, found family, empowering coming of age journey for the protagonist, and a slow burn super cute friends to lovers romance, Begin Again has all of the ingredients for a delightful read that will leave you with a smile on your face.  4 STARS

Do I Know You? Goodreads

Emily Wibberley and Austin Siegemund-Broka have another winner on their hands with their latest novel, Do I Know You?  I always enjoy a good second chance romance, but I especially enjoyed this one because it features a couple who have become estranged but who are hoping to find their way back to each other.  I really enjoyed this fresh take on what sometimes happens after the happily ever after.

The story follows Eliza and Graham, who are on their way to spend a weeklong vacation at a romantic resort in Northern California.  A relative has treated them to this trip to celebrate their fifth wedding anniversary.  They feel obligated to go, but it’s obvious from the first chapter that neither of them is really excited about the trip.  They’re stiff and awkward and can barely make even the most basic small talk with one another.  There’s no hostility, but it’s clear that something is just off between them. They’re both secretly hoping that this trip will help reignite the spark between them, but neither knows where to even begin.  When a mix-up at the hotel leaves them staying in two separate rooms, they decide to embrace this as an opportunity for a second chance.  They begin a flirtatious game of role play where they pretend to be strangers meeting again for the first time.  At first, there’s skepticism but then both Graham and Eliza realize how freeing something about their newfound situation is and so they go for it.

As a married woman whose relationship has definitely had many ups and downs over the years, I related to Graham and Eliza’s situation so much.  I also especially loved that the story was presented from both of their perspectives so that even though they were struggling to communicate with one another, we get that inside look at what they’re each thinking and feeling, and what they wish they could say to one another.  It was equal parts heartening and frustrating because those inner thoughts reveal not only how madly in love with one another they really are, but also how tightly they have each bottled up their emotions.  Part of me wanted to yell at them to just have a big fight already and get all of those emotions out on the table.

I really enjoyed both characters though.  Eliza is a voice actress who narrates audio books so she really goes all out when she and Graham decide to engage in this flirty role play adventure.  I really enjoyed some of the schemes she comes up with along the way to win back the Graham she originally fell in love with.  I loved Graham too.  He’s a handsome successful guy who has somehow developed a major case of low self-esteem and feels completely unworthy of Eliza and her love.  His inner thoughts, especially early on in the book, really broke my heart, and I just wanted to give him a big hug so many times along the way.

While Do I Know You? definitely has a healthy dose of angst and raw emotion because it centers on a marriage in crisis, there’s also a nice balance of fun and flirty moments as Eliza and Graham begin dating anew and take part in some of the resort’s romantic activities.  They also meet some new friends while there that also adds to the entertainment factor.

Filled with smart, sexy dialogue, complex well drawn characters, and a very relatable and realistic relationship in crisis scenario, Do I Know You? has a little something for every romance fan.  4 STARS 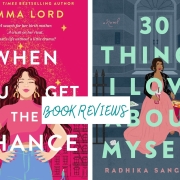 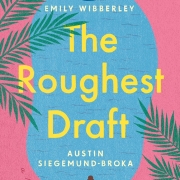 Can’t Wait Wednesday – ALL THE SINNERS BLEED by S.A. Cosby

Top Ten Tuesday: New-to-Me Authors I Read for the First Time in 2022
Scroll to top