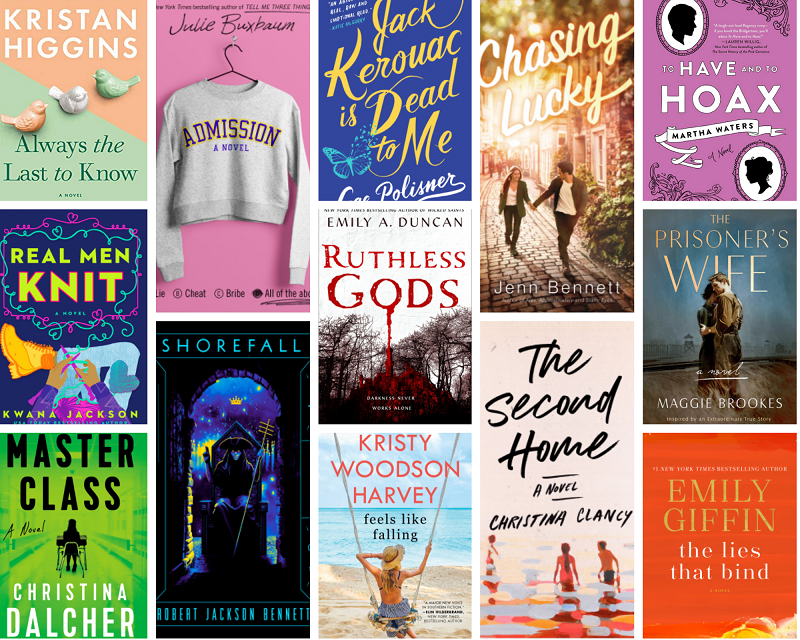 This week’s TTT topic is 2020 Spring TBR. This was a pretty easy topic for me since I, of course, have tons of books I’m hoping to get to this spring.  The hardest part was trying to narrow down to just ten to share and I failed on that so you get to see 13 books I’m planning to read.

ALWAYS THE LAST TO KNOW by Kristan Higgins

Sometimes you have to break a family to fix it.  From New York Times bestselling author Kristan Higgins, a new novel examining a family at the breaking point in all its messy, difficult, wonderful complexity.

The future of every child is determined by one standardized measurement: their quotient (Q). Score high enough, and they attend a top tier school with a golden future ahead of them. Score low, and they are sent to a federally run boarding school with limited prospects for future employment. The purpose? Education costs are cut, teachers focus on the best students, and parents are happy. Elena Fairchild is a teacher at one of the state’s elite schools. When her nine-year old daughter fails her next monthly test, her Q score drops to a disastrously low level and she is immediately forced to leave her top school for a federal school hundreds of miles away. As a teacher, Elena knows intimately the dangers of failure in their tiered educational system, but as a mother who just lost her child, all Elena wants is to be near her daughter again. And she will do the unthinkable to make it happen.

From the New York Times bestselling author of Tell Me Three Things comes an of-the-moment novel that peeks inside the private lives of the hypercompetitive and the hyperprivileged and takes on the college admissions bribery scandal that rocked the country.

Budding photographer Josie Saint-Martin has spent half her life with her single mother, moving from city to city. When they return to her historical New England hometown years later to run the family bookstore, Josie knows it’s not forever. Her dreams are on the opposite coast, and she has a plan to get there.  What she doesn’t plan for is a run-in with the town bad boy…

In the second installment of The Founders Trilogy, the upstart firm Foundryside is struggling to make it. Orso Igancio and his star employee, former thief Sancia Grado, are accomplishing brilliant things with scriving, the magical art of encoding sentience into everyday objects, but it’s not enough. The massive merchant houses of Tevanne won’t tolerate competition, and they’re willing to do anything to crush Foundryside.  But even the merchant houses of Tevanne might have met their match. An immensely powerful and deadly entity has been resurrected in the shadows of Tevanne, one that’s not interested in wealth or trade routes: a hierophant, one of the ancient practitioners of scriving. And he has a great fascination for Foundryside, and its employees – especially Sancia.

Now Sancia and the rest of Foundryside must race to combat this new menace, which means understanding the origins of scriving itself – before the hierophant burns Tevanne to the ground.

JACK KEROUAC IS DEAD TO ME by Gae Polisner

Fifteen-year-old JL Markham’s life used to be filled with carnival nights and hot summer days spent giggling with her forever best friend Aubrey about their families and boys. Together, they were unstoppable. But they aren’t the friends they once were.  With JL’s father gone on long term business, and her mother suffering from dissociative disorder, JL takes solace in the in the tropical butterflies she raises, and in her new, older boyfriend, Max Gordon. Max may be rough on the outside, but he has the soul of a poet (something Aubrey will never understand). Only, Max is about to graduate, and he’s going to hit the road – with or without JL.

JL can’t bear being left behind again. But what if devoting herself to Max not only means betraying her parents, but permanently losing the love of her best friend? What becomes of loyalty, when no one is loyal to you?

RUTHLESS GODS by Emily A. Duncan

Darkness never works alone…  Nadya doesn’t trust her magic anymore. Serefin is fighting off a voice in his head that doesn’t belong to him. Malachiasz is at war with who–and what–he’s become.  As their group is continually torn apart, the girl, the prince, and the monster find their fates irrevocably intertwined. They’re pieces on a board, being orchestrated by someone… or something. The voices that Serefin hears in the darkness, the ones that Nadya believes are her gods, the ones that Malachiasz is desperate to meet—those voices want a stake in the world, and they refuse to stay quiet any longer.  This is the second installment in the Something Dark and Holy series.

From “the next major voice in Southern fiction” (Elin Hilderbrand) and the bestselling author of the Peachtree Bluff series comes an odd-couple tale of friendship that asks just how much our past choices define our happiness.

THE SECOND HOME by Christina Clancy

A debut novel set on Cape Cod that centers on a beloved family home and the summer that changed the lives of three siblings forever, perfect for readers of J. Courtney Sullivan and Elin Hilderbrand.

TO HAVE AND TO HOAX by Martha Waters

In this fresh and hilarious historical rom-com, an estranged husband and wife in Regency England feign accidents and illness in an attempt to gain attentionand maybe just win each other back in the process.

THE PRISONER’S WIFE by Maggie Brookes

Inspired by the true story of a daring deception that plunges a courageous young woman deep into the horrors of a Nazi POW camp to be with the man she loves.

THE LIES THAT BIND by Emily Giffin

In the irresistible new novel from the #1 New York Times bestselling author of All We Ever Wanted and Something Borrowed, a young woman falls hard for an impossibly perfect man before he disappears without a trace . . . The Lies That Bind is a mesmerizing and emotionally resonant exploration of the never-ending search for love and truth–in our relationships, careers, and deep within our own hearts.

Do you plan to read any of these titles this Spring? 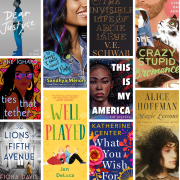