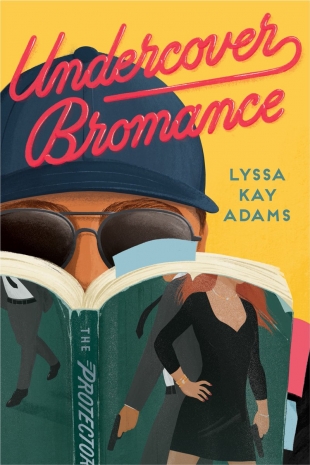 Lyssa Kay Adams’ hilarious and heartwarming novel The Bromance Book Club was one of my favorite reads of 2019.  I was beyond excited to hear she was actually writing an entire series of Bromance books and that the second book in the series, Undercover Bromance, was to focus on one of my favorite characters from the first book, Braden Mack, the sexy and charming nightclub owner who also happens to be the founder of the Bromance Book Club.  Needless to say, my anticipation for Undercover Bromance was high. I’m thrilled to share with you that not only did Undercover Bromance live up to my expectations, I actually loved this book even more than the first book in the series.

I really enjoyed getting to know more about Mack and seeing what makes him tick.  Mack was the charming ringleader in the first book so I was very interested in getting a deeper look into his life and especially his reasons for deciding to create this book club.  I was especially curious to learn about this since he is the only one who isn’t married and his fellow book club members love to place bets on how quickly he will dump his current girlfriend.  (For anyone unfamiliar with the first book, the Bromance Book Club is a book club for men where they read romance novels in hopes of better understanding women, thereby hopefully improving their relationships with their wives).  I don’t want to give anything away about what I learned so I’ll just say that it made me love Mack even more than I already did.

In addition to Mack, the story also focuses on another character who appeared in the first novel, Liv Papandreas, a talented pastry chef who, as this novel opens, gets fired from her dream job at an elite restaurant when she witnesses her boss sexually harassing another female employee.  I was a little nervous going into the story because of Liv; she wasn’t my favorite character in the first book and I worried that a story that focuses on her would put me off.  Thankfully I was dead wrong about that and the author made me fall in love with Liv as well as I got to know her better.  Liv is fierce, feisty, and she’s determined to take down this sexual predator.   She knows she can’t do it alone and reluctantly turns to Mack, who knows her boss, for assistance.

Mack and Liv teaming up to bring down this jerk is epic.  Liv doesn’t like Mack, which drives Mack insane because everyone likes Mack.  I loved watching their relationship develop from trading witty insults back and forth to finally starting to open up to one another.  Their chemistry is off the charts and it was just so much fun watching them interact as they got to know each other better and honestly as they realized some truths about themselves as well.

Where Lyssa Kay Adams truly excels in this book though is the wonderful balance she strikes between the very serious topic of sexual harassment and the trademark humor we have come to expect with the members of the Bromance Book Club.  Those guys are always there to keep things from getting too heavy and I lost track of how many times I laughed so hard I cried as they traded middle fingers, cashed in bets about Mack’s love life, and pummeled the Russian with fart jokes.   I swear this series needs to be made into a rom-com film or a sitcom because it is truly hilarious!  Adams has also gifted us with two more fabulous secondary characters in this book that I hope we haven’t seen the last of – Rosie, who is Liv’s landlord and a long-time, outspoken feminist, and Hop, a grumpy old fellow who clearly has it bad for Rosie but could really use some assistance from the Bromance Book Club.  I don’t want to give away anything about them, but they truly stole every scene they were in and I adored them both.

I guess it’s pretty obvious that I highly recommend Undercover Bromance to anyone who enjoyed the first book in this series.  It’s charming, heartwarming, and hilarious, with a lovable cast of characters.  And if you haven’t started this series yet, what are you waiting for?

Braden Mack thinks reading romance novels makes him an expert in love, but he’ll soon discover that real life is better than fiction.

Liv Papandreas has a dream job as a sous chef at Nashville’s hottest restaurant. Too bad the celebrity chef owner is less than charming behind kitchen doors. After she catches him harassing a young hostess, she confronts him and gets fired. Liv vows revenge, but she’ll need assistance to take on the powerful chef.

Unfortunately, that means turning to Braden Mack. When Liv’s blackballed from the restaurant scene, the charismatic nightclub entrepreneur offers to help expose her ex-boss, but she is suspicious of his motives. He’ll need to call in reinforcements: the Bromance Book Club.

Inspired by the romantic suspense novel they’re reading, the book club assists Liv in setting up a sting operation to take down the chef. But they’re just as eager to help Mack figure out the way to Liv’s heart… even though she’s determined to squelch the sparks between them before she gets burned. 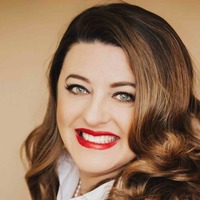 Lyssa Kay Adams is the pen name of an award-winning journalist who gave up the world of telling true stories to pen emotional romances. She’s also a diehard Detroit Tigers fan who will occasionally cheer for the Red Sox because her husband is from Boston.

Lyssa lives in Michigan with her family and an anxiety-ridden Maltese who steals food and buries it around the house and who will undoubtedly be a character in a future book.

Keep up with Lyssa on Twitter at @LyssaKayAdams. Please note: She mostly tweets about baseball pants and mashed potatoes. 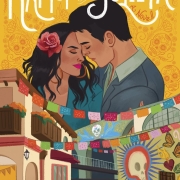