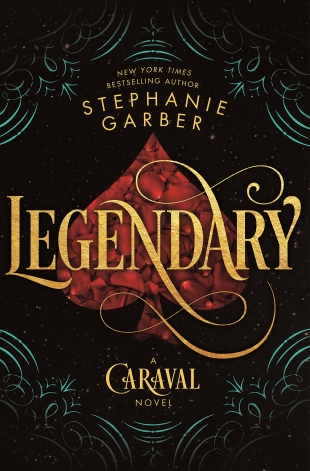 Stephanie Garber’s Caraval was one of my most anticipated reads for 2017. While, unfortunately, it did not quite live up to my very high expectations for it, I still found it an entertaining enough read that I wanted to continue the series, especially once I read the premise for the second book, Legendary, and saw that the story was being told from the perspective of my favorite character from Caraval, younger sister Donatella Dragna, or Tella as she is called. I didn’t feel like nearly enough attention was paid to Tella in the first book, so knowing that the second book is her story made Legendary a must-read for me.  I kept my expectations in check this time around and I’m thrilled to say that Legendary far exceeded all of my expectations and now has me eager to complete the series.

Reviewing middle books in a series is always so hard for me.  I want to gush about everything I loved, but it’s hard to do it without potentially spoiling the first book for anyone who hasn’t read it yet.  I’ve therefore decided to do this review a little differently than I normally do and just present you with all of the reasons why Legendary worked so much better for me than Caraval did.  Hopefully it’s not spoilery, and if it is, hopefully it’s only mildly so.

5 REASONS WHY I ENJOYED LEGENDARY MORE THAN CARAVAL

BONUS REASON (BECAUSE I JUST COULDN’T STOP AT 5!)

So there you have it.  I hope I’ve managed to convey my love of the second book without completely spoiling the first for those who haven’t started the series yet.  I’ll close by saying while I may have gotten off to a rough start with the Caraval series, I’m all in now and can’t wait to get my hands on the final book in this magical trilogy.

A heart to protect. A debt to repay. A game to win.

After being swept up in the magical world of Caraval, Donatella Dragna has finally escaped her father and saved her sister Scarlett from a disastrous arranged marriage. The girls should be celebrating, but Tella isn’t yet free. She made a desperate bargain with a mysterious criminal, and what Tella owes him no one has ever been able to deliver: Caraval Master Legend’s true name.

The only chance of uncovering Legend’s identity is to win Caraval, so Tella throws herself into the legendary competition once more—and into the path of the murderous heir to the throne, a doomed love story, and a web of secrets…including her sister’s. Caraval has always demanded bravery, cunning, and sacrifice. But now the game is asking for more. If Tella can’t fulfill her bargain and deliver Legend’s name, she’ll lose everything she cares about—maybe even her life. But if she wins, Legend and Caraval will be destroyed forever.

Welcome, welcome to Caraval…the games have only just begun. 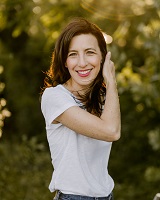 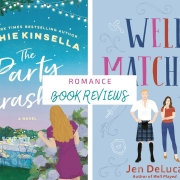 Can’t Wait Wednesday – Spotlight on WARRIOR OF THE WILD by Tricia...