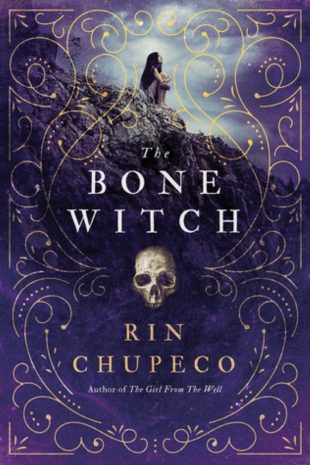 Goodreads Synopsis:  The beast raged; it punctured the air with its spite. But the girl was fiercer.

Tea is different from the other witches in her family. Her gift for necromancy makes her a bone witch, who are feared and ostracized in the kingdom. For theirs is a powerful, elemental magic that can reach beyond the boundaries of the living—and of the human.

Great power comes at a price, forcing Tea to leave her homeland to train under the guidance of an older, wiser bone witch. There, Tea puts all of her energy into becoming an asha, learning to control her elemental magic and those beasts who will submit by no other force. And Tea must be strong—stronger than she even believes possible. Because war is brewing in the eight kingdoms, war that will threaten the sovereignty of her homeland…and threaten the very survival of those she loves.

The Bone Witch follows the story of a young witch named Tea (pronounced Tay Uh).  Tea wants to train to become an asha.  There are several different kinds of asha, all of whom can weave spells to a certain degree using elemental magic, with the rarest of all ashas being the Dark Asha, or Bone Witches, who have the power to raise the dead.  When Tea accidentally raises her brother from the dead at his funeral, she realizes that she is one of those rare dark asha.  She is then removed from her home and sent to train with an older, more experienced dark asha because she must be trained how to wield the dark asha magic.

What I enjoyed the most about The Bone Witch was Chupeco’s writing and her world building.  – the way Chupeco describes these ashas with their elaborate costumes, their gorgeous jeweled hairpins, their graceful movements, and their painted faces had me envisioning magic-wielding geishas.  The descriptions were just so vivid and beautiful.

I was also really into the story early on because it had such a unique premise.  I loved the idea that there were so many different kinds of ashas, each with their own unique abilities, and I was also intrigued by the idea that the dark asha’s magic was often feared in the various kingdoms, which we witnessed throughout Tea’s training.  I loved the air of mystery it lent to the dark asha.

I was also especially into the story because Tea’s newly resurrected zombie brother now basically follows her around everywhere she goes and is considered her familiar.  It’s totally cute (in a creepy sort of way).

I think my favorite part about the story was how it was structured.  In between the chapters that take us with Tea through her early days of training to be a dark asha, we are given small teasers of Tea in the future.  In these teasers, what we see is that Tea has been exiled to a deserted island and is plotting revenge against those who sent her there.  As part of her revenge, she is also using her dark magic and skeletal remains that are on the island to build herself an army of undead beasts.  These teasers really help to build up the suspense as we’re left to wonder 1) what in the world Tea could have done that was bad enough to yield such a punishment for her and 2) wow, how powerful is her magic that she can build such a monstrous army to unleash on her enemies?  You just know as your reading those teasers that we’re in store for something huge as we continue reading about younger Tea’s training.

My biggest issue with The Bone Witch is that even though I loved the descriptive writing, overall there was just too much description and not enough action.  Once Tea found out she was a bone witch and left to begin her training, it just didn’t feel like much else happened. Tea spends what feels like forever working as some kind of indentured servant before she actually even starts training. Then once it is determined she can finally start training, more time is spent describing a shopping spree to buy her the proper robes (referred to as hua) and jeweled hairpins than is spent describing what she’s learning.

Then once the story does start to focus more on the training, we have long descriptions of dance moves she is learning and instruments she is learning to play and we just breeze through other elements of the training, like fighting, that probably would be more interesting.  As much as I loved the descriptive passages early on, I really started to get bored with the lengthy descriptions of the patterns on asha’s hua.  This continued to be an issue for me throughout the book.  Every outfit that each asha wore was described in such great detail, but in comparison, a terrifying attack that kills 20 soldiers is just a blip on the radar. It seemed like, in so many cases, the main action of the story really took a backseat to descriptions of items that didn’t seem nearly as important.

Who Would I Recommend The Bone Witch to?

I think I would recommend The Bone Witch to readers who don’t mind a very slow build to what could perhaps end up being a truly phenomenal series.  Those teasers that we get of Tea on the deserted island hint that big things are going to happen and those big things are going to be pretty darn exciting.  Even though I was disappointed with the lack of action in this first book, I definitely see myself continuing with the series because I feel like the second book has the potential to be a great read.

Thanks to Netgalley, the publisher, and Rin Chupeco for providing me with an e-galley of this book in exchange for my honest review. 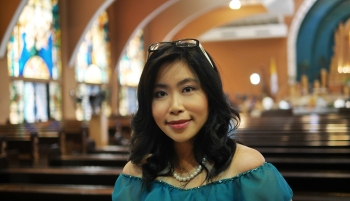 Despite an unsettling resemblance to Japanese revenants, Rin always maintains her sense of hummus. Born and raised in Manila, Philippines, she keeps four pets: a dog, two birds, and a husband. Dances like the neighbors are watching.  She is represented by Rebecca Podos of the Helen Rees Agency. 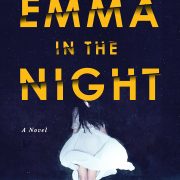 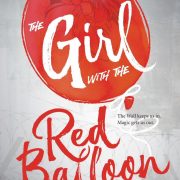 ARC Review: The Girl with the Red Balloon by Katherine Locke
14 replies

Waiting on Wednesday: Spotlight on A Court of Wings and Ruin