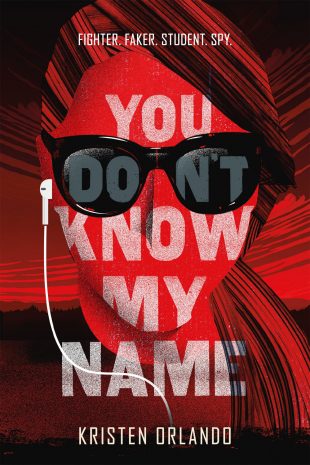 
Goodreads Synopsis:  Seventeen-year-old Reagan Elizabeth Hillis is used to changing identities overnight, lying to every friend she’s ever had, and pushing away anyone who gets too close. Trained in mortal combat and weaponry her entire life, Reagan is expected to follow in her parents’ footsteps and join the ranks of the most powerful top-secret agency in the world, the Black Angels. Falling in love with the boy next door was never part of the plan. Now Reagan must decide: Will she use her incredible talents and lead the dangerous life she was born into, or throw it all away to follow her heart and embrace the normal life she’s always wanted? And does she even have a choice?

Kristen Orlando’s You Don’t Know My Name follows the story of Reagan, 17 year old high school student who also happens to be actively training to become a member of the Black Angels, a top secret elite spy organization which both of her parents are also members of.  The Black Angels are such a top secret agency that Reagan has lived under assumed names all of her life and she and her family relocate every year or so if there is a fear that their identities have been discovered.  Reagan has been training to join the Black Angels for as long as she can remember – she’s already an expert marksman and is trained in mortal combat – and her parents fully expect her to follow in their footsteps to serve her country.  As the time gets closer for her to commit to the Black Angels, however, the more conflicted Reagan becomes. Is this really the life she wants for herself?  A lonely life filled with constant danger, panic rooms, secret identities, never staying in one place for any amount of time, etc. What about love, friends, college, a normal job, a family of her own someday?

Reagan was, by far, my favorite part of this story.  I love that on the one hand, she’s this total badass spy-in-training, but on the other hand, she still comes across as quite vulnerable because she’s so conflicted about her future.  Her doubts are also completely understandable so it’s easy to relate to what she is feeling and to sympathize with her.  I can’t even begin to imagine living the way that she does, having a panic room built into her basement in case someone discovers who her parents really are.  Any time a mission goes wrong and identities are potentially compromised, her life gets turned upside down and she has to start all over again.  It’s very easy to understand why the idea of saying no and making her own way in the world would be so appealing.  In that sense, You Don’t Know My Name is as much a coming of age story as it is a spy novel.

There’s even a bit of romance thrown in for good measure.  Luke is a super hot ROTC cadet who lives across the street from Reagan at her home of the moment. Reagan and her family have actually stayed at this location for a little over a year now and so Reagan and Luke have gotten to know each other.  They’re in the “friends on the way to maybe becoming more than friends stage” when we meet them and I really enjoyed their chemistry.  In many ways, Luke is the impetus for many of Reagan’s conflicted feelings.  She really likes him and wonders what it would be like to have a future with him and it kills her to think she’ll never have that kind of experience if she follows in her parent’s footsteps.  She also worries about getting too close to Luke because what happens the next time she and her parents have to abruptly relocate? She wouldn’t even get to tell Luke goodbye. She would just disappear, never to be heard from again.  I don’t want to give any major plot details away, but I totally fell head over heels for Luke when something happens later in the story and he ends up finding out about Reagan’s family and the Black Angels.  As much of a badass as Reagan is, Luke scores pretty high on the badass meter himself.

Speaking of badass, the action and suspense in this story is off the charts.  From the first pages of the novel when we witness Reagan and her family abandon their house in the middle of the night to escape from a threat all the way through to what can only be described as a heartbreaking, life-changing event when one of her parent’s mission goes terribly wrong, this is a book you won’t be able to put down once you get started.

Only one dislike comes to mind as I’m thinking back on this book and that’s a conversation between Reagan and her mother.  Reagan is slated to visit a college she’s interested in possibly attending.  In Reagan’s parents’ minds, this is just part of Reagan’s cover story since she clearly won’t be going to college.  Even though they were supposed to go with her to visit the college, they back out at the last minute because of something work related.  Upset by this, Reagan breaks down and confesses to her mother everything that she has been feeling so conflicted about. She tells her mom she doesn’t know if the Black Angels is for her, that she might just want to live a normal life and be happy and safe.  What got to me was her mother’s response to what Reagan says.  Her mom basically says that some people are born to be happy but that Reagan isn’t one of them. Reagan was born to serve her country, end of story.  I just found that very off-putting and couldn’t imagine any parent saying something like that to their child. Thankfully her mom reconsiders those words and apologizes later, but boy was she on my bad list for a while there.

This is my first time reading a YA spy novel so I don’t have anything to compare You Don’t Know My Name to, but that said, what a fantastic read this was for me. I truly loved pretty much everything about it.  The story grabbed my attention from the first few paragraphs and I was glued to the book until I reached the last page, which has left me dying to get my hands on the next book in the series. I highly recommend this book! 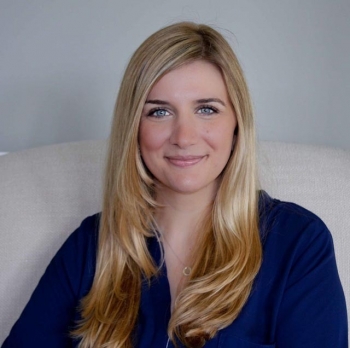 “Writing is one of the great loves of my life (with bacon mac and cheese, Netflix binges and PJs also in the mix). My childhood in Columbus, Ohio was spent reading every single Baby-Sitter’s Club book ever written and acting out imaginary tragedies in my room (complete with costumes and props) until a really embarrassing age. I started writing plays for my younger cousins as soon as they were all old enough to act (The Spoiled Princess may be a personal favorite) and haven’t stopped writing since. After graduating from Kenyon College with a B.A. in English Literature, I’ve been lucky enough to make writing my career; first as a television producer, then as a marketer and now as a novelist.” (Kristen Orlando, in her own words, taken from kristenorlando.com)