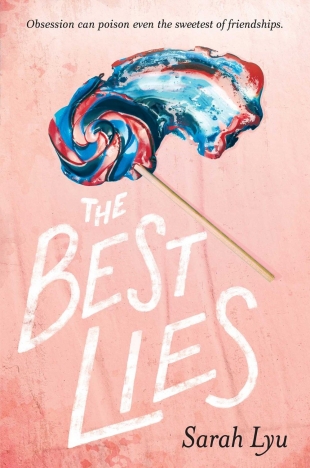 The Best Lies by Sarah Lyu

Sarah Lyu’s exciting debut The Best Lies opens with a death and a police interrogation.  Remy Tsai’s boyfriend Jack has been shot dead, and the police are trying to get to the bottom of what happened.  All they know when the story opens is that the shooting took place at night in Remy’s best friend Elise’s home, Remy may or may not have been present, and it was Elise who pulled the trigger and ended Jack’s life.  Was it murder? Was it self-defense?

This is one of those books where I can’t say much at all without spoiling it, but I will say that I loved the opening.  The tension of the interrogation scene, coupled with finding out that such an awful thing had happened, immediately drew me in and had me wanting to know more.

I found Remy to be a tremendously sympathetic character.  She’s an emotional wreck when the story opens, trying to wrap her head around the fact that the boy she loves is gone and that her best friend is the one who took him away from her.  I can’t even imagine being in that kind of situation and the author does a wonderful job of showing us just how emotionally spent Remy is from the ordeal. Remy also comes from a home where her parents scream, fight, and threaten divorce constantly, so for Remy, it hurts all the more to have lost Jack, who was the one bright spot in her life.  Her emotional state makes her a somewhat unreliable narrator, which adds yet another layer to the story.  Can we trust anything she is saying about that night?

I didn’t like Elise as much as I liked Remy, but I still thought she was an interesting character. I had sympathy for her because she comes from an abusive home, but at the same time, I found some of the things she does to be somewhat juvenile and I sometimes wondered what Remy saw in her.  She does have what I’d consider to be a magnetic personality though so I’m thinking that was part of the allure.

The author also drew me in with the way she lets the story unfold.  The story is presented to us in two timelines, one in the present and one in the past.  In the present timeline, we are following Remy in the aftermath of the shooting as both she and the police try to make sense of what happened that night.  In the past timeline, we get to see how Remy meets both Elise and then Jack, and how their relationships evolve over time and how we end up where we are in the opening scene of the book. Lyu seamlessly weaves together these timelines into a complex and intricate story that is not just a crime thriller but that also explores what happens when friendships take a dark turn.

The Best Lies held my attention from start to finish as I waited with bated breath to find out the truth about what happened that night.  The story is both suspenseful and heartbreaking and I’d highly recommend it to anyone who enjoys mysteries and to anyone who gravitates to stories that deal with grief.  It’s a dark read but, at the same time, an emotional one.

Remy Tsai used to know how her story would turn out. But now, she doesn’t even know what tomorrow will look like.

She was happy once. Remy had her boyfriend Jack, and Elise, her best friend—her soulmate—who understood her better than anyone else in the world.

But now Jack is dead, shot through the chest—

And it was Elise who pulled the trigger.

Was it self-defense? Or something deeper, darker than anything Remy could have imagined? As the police investigate, Remy does the same, sifting through her own memories, looking for a scrap of truth that could save the friendship that means everything to her.

Told in alternating timelines, Thelma and Louise meets Gone Girl in this twisted psychological thriller about the dark side of obsessive friendship. 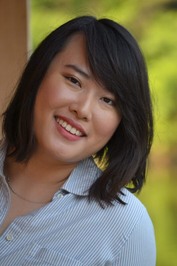