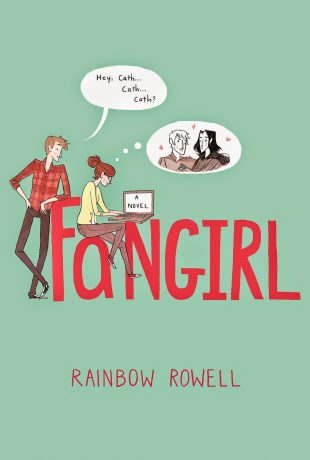 
Synopsis from Goodreads: Cath and Wren are identical twins, and until recently they did absolutely everything together. Now they’re off to university and Wren’s decided she doesn’t want to be one half of a pair any more – she wants to dance, meet boys, go to parties and let loose. It’s not so easy for Cath. She’s horribly shy and has always buried herself in the fan fiction she writes, where she always knows exactly what to say and can write a romance far more intense than anything she’s experienced in real life.

Now Cath has to decide whether she’s ready to open her heart to new people and new experiences, and she’s realizing that there’s more to learn about love than she ever thought possible …A tale of fanfiction, family, and first love.

I have to say I LOVED Fangirl. I think it’s one of those books that is going to resonate with a lot of readers because of how ‘real’ the story and its characters are. Going off to college is one of those major milestones in life that most of us can relate to and so college makes the perfect backdrop for a coming of age story, which is basically what Fangirl is.

One of the things I enjoyed most about Fangirl is how perfectly Rainbow Rowell captures the entire college freshman year experience. Even though it has been more years than I care to think about since I graduated from college, she transported me right back in time to my first day as a freshman – to the awkwardness of meeting my roommate for the first time as well as the terrifying knowledge that I was completely on my own as soon as my family drove away from the campus.

In addition to her ability to transport me back to my own college days, Rowell also creates such relatable characters that it’s just so easy to see yourself and maybe even your friends in them. I don’t know that I have ever identified with a fictional character as much as I identified with Cather Avery (or Cath as she calls herself). I felt an immediate kinship to Cath as soon as I realized that, like me, she is both a writer and an introvert. Cath’s awkwardness was a bit more extreme than mine, but I could still see myself in her utter cluelessness when it comes to making friends and interacting with boys that she likes, as well as in her reluctance to engage in any and all social activities. Aside from the actual fanfiction thing, which, to my knowledge, didn’t exist when I was in college, the whole time I was reading I kept thinking that this could have easily been a story about me! From the moment I felt that connection, I just had to know how things were going to turn out for her. Pulled out of her comfort zone, would she be able to discover her own true identity? Not fanfiction-famous writer ‘Magicath’ and not one half of the Cather-Wren twins, but just Cath?

Cath is not the only awesomely relatable character that Rowell creates. There’s also Reagan, who is Cath’s roommate, and Levi, who went to high school with Reagan and so is always hanging around their room. I think EVERY introvert needs a friend like Reagan. For the most part, Reagan just lets Cath be Cath, but occasionally she does step in and stage a much-needed intervention to make Cath look up from her fanfiction and interact with the world outside. Cath and Reagan actually first bond when Reagan realizes that Cath has been living off nothing but protein bars for days and days. When she asks Cath why and Caths’s response is that she doesn’t know where the cafeteria is, Reagan just shakes her head and drags Cath down to the cafeteria where they eat together and eventually become friends.

And then there’s Levi. He’s blonde, cute, lovable, loyal, goes out of his way to be friendly with anyone and everyone, and will do anything to please those he loves. Ha, when you put it that way, he kind of sounds like a golden retriever! I love Levi not just because he reminds me of a golden retriever, but because of the way he accepts Cath’s fanfiction addiction. He sense that it gives her comfort in a world where she is otherwise completely ill at ease and so, being the nice guy that he is, he doesn’t belittle her and make her feel deviant for it. In fact, he even encourages her and has her read her chapters to him. Just like every introvert needs a Reagan, I think every introvert could use a Levi as well.

Although the overall tone of the novel is fairly light and often humorous, Rowell also weaves in just enough drama to make Fangirl a page-turner. There are strained family relationships as Wren pulls away from Cath, and again when the mother who had abandoned them when they were small children randomly tries to re-enter their lives. There is also concern for Cath and Wren’s father who suffers from a mental illness. Although he is usually fine and able to control his symptoms, it is still a concern for the girls since they have moved out and left him on his own. Again, although these elements are designed to add drama to the story, family relationships and their complications are something that we can all relate to. It’s almost a universal truth – if you have family, at some point there will be drama that you have to deal with.
END_OF_DOCUMENT_TOKEN_TO_BE_REPLACED 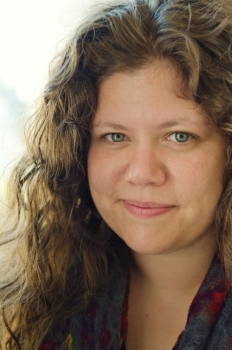