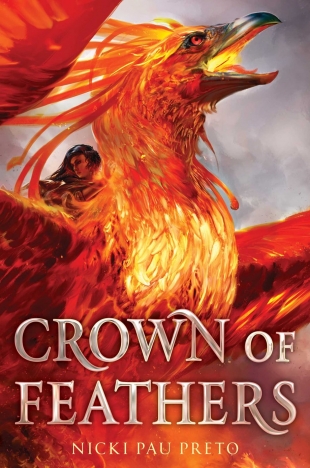 Nicki Pau Preto’s Crown of Feathers is an epic fantasy that centers on a world that has been torn apart by a war between two warrior queens who also happen to be sisters.  The legendary Phoenix Riders were the heroes of that world until the war between the sisters destroyed everything.  Years later, many are still struggling to make ends meet and keep food on the table, including main character Veronyka, who is an orphan because of the war.  Veronyka is also an animage, which means she can communicate with animals. Animages are considered dangerous by the new empire, so Veronyka lives in hiding.  As an animage, however, Veronyka’s biggest dream is to find and join the Phoenix Riders.  She knows they’re still out there somewhere and is willing to do whatever it takes to become one of them, especially if it will get her away from her psychologically abusive sister, Val.

When Val betrays Veronyka in a most heinous and cruel way, Veronyka abandons her and sets out on her own, determined that she will either find the Phoenix Riders or die trying.  She finally locates a compound where apprentices are being trained to become Phoenix Riders. It’s everything she hoped it would be, except there’s a catch.  They aren’t taking new apprentices because they don’t have anymore available phoenixes and even if they were, they only train boys.  To join their ranks, Veronyka disguises herself as a boy, Nyk, and signs on as a stable hand.  She makes friends with Tristan, the son of the Phoenix Riders’ commander, who promises to sponsor Nyk as an apprentice Phoenix Rider the next time they’re taking on new apprentices.

Can Veronyka keep her true identity hidden?  Where’s Val during all of this?  Are the Phoenix Riders safe from the new empire?  What will happen if they’re discovered?

My favorite character, by far, in Crown of Feathers was Veronyka.  The author had me in her corner from the first moment we meet her and see how poorly her sister Val treats her.  And as much as I hated it when Val betrays Veronyka, I loved the growth we get to see in Veronyka when she sets out on her own.  She’s determined, she’s fierce, and just a real force to be reckoned with, especially the closer she gets to making her dream come true.  She had my sympathy right away but eventually she earned my respect and admiration as well.

I also really liked the other two main characters, Tristan and Sev, and thought they also had interesting journeys in this book.  As I mentioned earlier, Tristan is the son of the Phoenix Riders’ commander.  He is under tremendous pressure to live up to his father’s high expectations so that he might lead the Riders someday. In addition to watching his relationship with Nyk/Veronyka grow, much of Tristan’s journey focuses on him desperately trying to overcome his fears and make his father proud.  Sev, like Veronyka, is an animage in hiding.  Unlike Veronyka, however, Sev is hiding in plain sight, working as a soldier in the empire’s army.  His life takes an interesting and even more dangerous turn when he is approached by someone who knows what he is and is tasked with spying on the enemy from within.

Having the story unfold from these three unique perspectives added so many complex layers and interesting relationship dynamics. I really enjoyed watching all three of these characters grow and mature.

Aside from the characters, I also loved the whole concept of the Phoenix Riders.  The visual of these fierce warriors riding on fiery phoenixes gave me chills, and I also loved the way the author describes the unbreakable bond that forms between a phoenix and his or her rider of choice.  Everything about this was just so well thought out and well written. The author made it very easy to see why becoming a Phoenix Rider was Veronyka’s dream.

The ending was actually my absolute favorite part of Crown of Feathers.  If you’re into epic battle scenes, this book is for you.  I don’t want to spoil anything but think along the lines of the battle in Harry Potter and the Deathly Hallows or even the battles to protect the wall in Game of Thrones.  It was so intense and had me flying through the pages to see who would come out on top.  Regardless of my overall rating, I’d give the last 100 or so pages 5 stars.

My biggest issue with A Crown of Feathers centered on the worldbuilding.  As I mentioned, I thought the world itself was fantastic, especially the Phoenixes and the whole idea of the Phoenix Riders.  I just had a hard time with the way all of the background information was inserted in large clumps throughout the story.  It’s probably just me but getting the information that way really slowed the pacing of the story for me at times and just felt in the way of the action.

I also wanted more interaction between Val and Veronyka.  I have a thing for complicated sibling dynamics and was so excited by the way this story started off with Val betraying Veronyka in such a big way.  Then she just disappeared for hundreds of pages.  I spent much of the book wondering when she was going to make an appearance and either redeem herself or make things even worse between herself and Veronyka.

Even though I struggled with the pacing in the first half of the book, I still think Crown of Feathers is a very solid series opener and a stellar debut effort.  The way this first book ended has me very excited to find out where the story is going next. I’d highly recommend it to anyone who enjoys epic fantasy, fierce female protagonists, and of course, those beautiful fiery phoenixes.

I had a sister, once…

In a world ruled by fierce warrior queens, a grand empire was built upon the backs of Phoenix Riders—legendary heroes who soared through the sky on wings of fire—until a war between two sisters ripped it all apart.

I promised her the throne would not come between us.

Sixteen years later, Veronyka is a war orphan who dreams of becoming a Phoenix Rider from the stories of old. After a shocking betrayal from her controlling sister, Veronyka strikes out alone to find the Riders—even if that means disguising herself as a boy to join their ranks.

But it is a fact of life that one must kill or be killed. Rule or be ruled.

Just as Veronyka finally feels like she belongs, her sister turns up and reveals a tangled web of lies between them that will change everything. And meanwhile, the new empire has learned of the Riders’ return and intends to destroy them once and for all.

Sometimes the title of queen is given. Sometimes it must be taken. 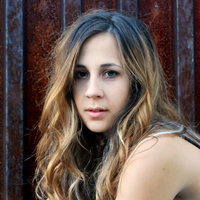