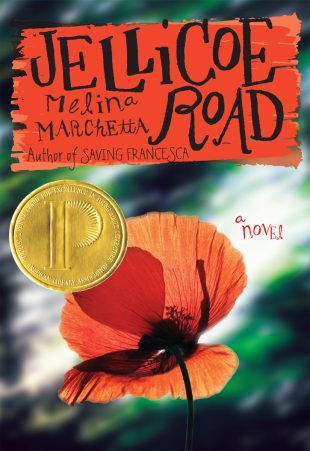 Taylor is leader of the boarders at the Jellicoe School. She has to keep the upper hand in the territory wars and deal with Jonah Griggs – the enigmatic leader of the cadets, and someone she thought she would never see again.

And now Hannah, the person Taylor had come to rely on, has disappeared. Taylor’s only clue is a manuscript about five kids who lived in Jellicoe eighteen years ago. She needs to find out more, but this means confronting her own story, making sense of her strange, recurring dream, and finding her mother – who abandoned her on the Jellicoe Road.

The moving, joyous and brilliantly compelling new novel from the best-selling, multi-award-winning author of Looking for Alibrandi and Saving Francesca.

I think I’m probably the last person on the planet to read Melinas Marchetta’s Jellicoe Road.  I’ve always heard wonderful things about it and actually know a couple of people who say it’s one of their favorite books. But yet, there it still sat on my TBR pile, getting buried deeper in the pile by newer books as the years went by.  Well, finally, thanks to the BeatTheBacklist challenge, I can finally say that I’ve read this beautiful book as well.

Jellicoe Road is not an easy book to read, by any means. It starts off very confusingly, tossing out a lot of seemingly random information that doesn’t appear to fit together in any meaningful way.  There are territory wars taking place between townies, military cadets, and the students at a boarding school, which is located on the Jellicoe Road.  Add to that dreams of a boy sitting in a tree, flashbacks to a car accident that appears to have decimated a family, throw in a hermit who kills himself, and a mysterious, somewhat creepy brigadier.   Top all of that off with a protagonist who was abandoned at a nearby convenience store at the age of 11 and who ends up living at the boarding school on Jellicoe Road and a caretaker who mysteriously goes missing, a manuscript about a group of kids who lived at the Jellicoe Road school decades ago and you have the ingredients that make up this wonderful puzzle of a story.

The beauty of the book lies in the way that Marchetta is able to take all of these seemingly random elements and weave them together into one of the most heartbreaking and poignant stories I think I’ve ever read.  Taylor Markham is definitely the glue that holds the story together and it is through her eyes that we finally break through all of that initial confusion and start to make sense of the various elements that have been thrown at us.   Marchetta makes Taylor such an interesting and sympathetic character that I found myself instantly wanting to know more about her – how could her mom just leave her like that, why is she having these odd dreams about the boy in the tree, why are her classmates opposed to her being a leader in the territory wars? Because many of my questions mirror Taylor’s own questions about her life, it made me very willing to wade into the chaos looking for answers.

At its heart, Jellicoe Road is a book about relationships – family, friendships, even in some cases, an absence of relationships. I don’t want to give away too many details because I think this book is best enjoyed if you follow along Taylor’s journey and discover the connections as she discovers them, but I will say that Taylor’s journey is a very personal one and often a heart-wrenching one.  She knows next to nothing about her own life.  There is no real mention of her father, and aside from the fact that her mother left her at a Seven Eleven and that she has been living at the Jellicoe Road School ever since, she has no real sense of self.  Taylor is desperate to know who she is, why she was left behind, and even tried to run away from the school when she was 14 in hopes of getting some answers.

The closest thing to family Taylor has ever known is Hannah, a caretaker who lives on the school grounds.  Hannah is the one who found Taylor at the Seven Eleven and brought her back to the school to live.  When Hannah up and disappears one day without a word, Taylor is beside herself because now, in her mind, she has no one left to care about her.  She desperately searches for clues as to Hannah’s whereabouts and in doing so, starts to unravel the mystery of not only Hannah’s past, but her own as well.  Both of their pasts are filled with pain and plenty of angst, seemingly too much at times, but yet still completely realistic.  I think what I loved most about the story was that even though there is so much pain and angst revealed throughout, Jellicoe Road still ends on what I would consider to be a very hopeful note.

I did find all of the confusion at the beginning of the novel to be a little off putting.  If I hadn’t liked Taylor so much right from the start, I think I probably would have just given up on the book.  It was a pretty fascinating way to start a story though as I imagined all of those same elements swirling around in Taylor’s head just like they were swirling in mine. Both of us sitting there like WTF is going on, haha!

One other issue I had was why all of the secrecy. At the time the story takes place, Taylor is about 17 years old. She’s more than mature enough to handle the truth about her past, so why torture her by hiding it from her for all of these years?  I know the people involved had their reasons, but I think all of the secrets probably just made things a lot more complicated than they needed to be.

I would definitely recommend Jellicoe Road to anyone who likes a good mystery.  Although the story focuses on relationships and angsty family history, much time is also spent following the clues and connecting the dots.  Jellicoe Road is a beautifully complex read that will just keep tugging at your heartstrings from start to finish. 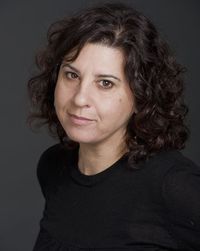