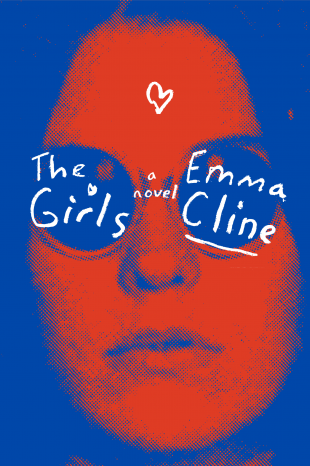 The Girls by Emma Cline

Goodreads Synopsis: Girls—their vulnerability, strength, and passion to belong—are at the heart of this stunning first novel for readers of Jeffrey Eugenides’ The Virgin Suicides and Jennifer Egan’s A Visit from the Goon Squad Northern California, during the violent end of the 1960s. At the start of summer, a lonely and thoughtful teenager, Evie Boyd, sees a group of girls in the park, and is immediately caught by their freedom, their careless dress, their dangerous aura of abandon. Soon, Evie is in thrall to Suzanne, a mesmerizing older girl, and is drawn into the circle of a soon-to-be infamous cult and the man who is its charismatic leader. Hidden in the hills, their sprawling ranch is eerie and run down, but to Evie, it is exotic, thrilling, charged—a place where she feels desperate to be accepted. As she spends more time away from her mother and the rhythms of her daily life, and as her obsession with Suzanne intensifies, Evie does not realize she is coming closer and closer to unthinkable violence, and to that moment in a girl’s life when everything can go horribly wrong.   Emma Cline’s remarkable debut novel is gorgeously written and spellbinding, with razor-sharp precision and startling psychological insight. The Girls is a brilliant work of fiction—and an indelible portrait of girls, and of the women they become.

Set in California during the late 1960s, Emma Cline’s debut novel The Girls tells the story of fourteen year old Evie Boyd, an average, ordinary teenager who has become disenchanted with her life. Her parents are recently divorced – her dad has moved on and is now living with a new girlfriend, while her mom is desperately searching for love again and is constantly bringing men home. The revolving door of men starts to create friction between Evie and her mom, and so Evie starts spending less and less time at home. In addition to her troubles at home, Evie also has a falling out with her longtime best friend, Connie, and is left feeling very much lost and on her own.

Lonely and desperately wanting to connect with someone, Evie meets and is immediately infatuated with an ultra cool and attractive older girl named Suzanne. Suzanne tells Evie all about how she and a group of others live on a ranch together outside of town and about a man named Russell, who loves and takes care of them all. Seduced both by Suzanne and by the idea of this wonderful ‘hippie-esque’ family Suzanne describes to her, Evie jumps at the opportunity to hang out at the ranch and meet Russell.

This begins a journey that takes Evie down a dark and potentially dangerous path because that happy, hippie family is actually a cult and Russell is its Charles Manson. Yes, Russell takes care of his girls, but he also frequently has them do his bidding. The acts committed are fairly harmless at first: the girls dumpster dive for food because they don’t have enough money to feed themselves and they also occasionally break into homes. Once she is part of the group, Evie is persuaded to start stealing cash from her mom whenever the opportunity arises and bring it to Russell. But then as with Manson, that bidding eventually takes a violent and deadly turn. Russell is a singer-songwriter wannabe and has been angling for a record deal with this guy named Mitch. When the record deal never materializes, Russell is furious and sends his girls over to Mitch’s house to send him a message that neither he nor anyone else in their community will ever forget.

What I loved about The Girls:

One of the things that fascinated me most about this novel is that even though it contains a mass murdering Manson-like cult, Cline crafts her story in such a way that the murders committed are really just a footnote. The primary focus of the novel is, as the title suggests, the girls.

Cline deftly uses two narrative perspectives to tell Evie’s story. The first, and main one, is fourteen year old Evie describing how she meets Suzanne and gets seduced into joining Russell’s group. This allows us to see the events as they unfold, to watch Evie’s obsession with Suzanne grow and see the lengths she will go to in order to please Suzanne, and, most importantly, it allows us to understand Evie’s motivations as these events are taking place. In her portrayal of young Evie, Cline perfectly captures all of the nuances of being a teenage girl – the volatile emotions, the vulnerability, the intense need to belong to a group and just fit in. Cline is so spot on with her writing that I felt like I could have been reading the diary of a fourteen year old. Heck, it could have been my own diary when I was a teenager (minus the murderous cult, of course!).

The second perspective Cline uses to tell the story is much more reflective and really helps to round out Evie’s story. Evie is still the narrator, but now she is much older and is looking back on herself when she was fourteen and thinking about what happened, what could have happened, why everything happened, etc. Again, Cline perfectly captures the inner workings of older Evie’s mind down to the almost giddiness that she still seems to feel at being associated, however loosely, with the now infamous cult. Even as an adult, Evie still feels their hold over her, Suzanne’s in particular.
END_OF_DOCUMENT_TOKEN_TO_BE_REPLACED 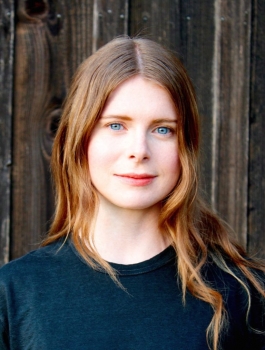