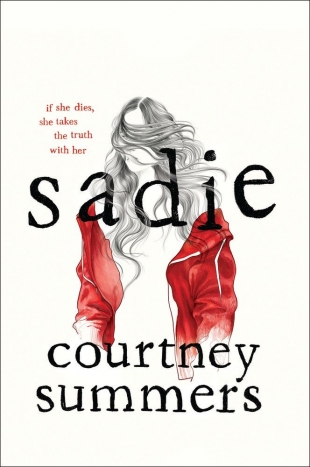 
Sadie by Courtney Summers is, by far, one of the most heart-wrenching and unforgettable books I’ve read this year.  Nineteen-year-old Sadie and her younger sister Mattie were abandoned by their mother.  Sadie therefore has spent much of her young life acting as both mother and big sister to Mattie, even quitting school so that she could work to keep food on the table and a roof over their heads.  Mattie is Sadie’s whole world, so when Mattie is found dead, Sadie’s world comes crashing down around her.

Sadie is convinced she knows who killed Mattie and sets out after him, determined to bring Mattie’s killer to justice.  When her neighbors realize Sadie has gone missing, in addition to contacting local law enforcement, they also begin talking to West McCray, a radio personality, in hopes that he will use his connections to help them find Sadie before something happens to her.  While at first reluctant to get involved, West McCray soon becomes obsessed with tracking down the missing girl.

And so we follow Sadie as she tracks a killer, and we follow McCray as he tracks Sadie.  And wow, what a journey this is.  Sadie is dark, gritty, emotionally raw, and just downright brutal.  I don’t want to give away any plot details so I’ll just say that Sadie is a powerful story that is going to stick with me for a long time and then I’m going to share some reasons why I think you should give Sadie a try as well.

4 REASONS WHY SADIE SHOULD BE ON YOUR READING LIST:

But when Mattie is found dead, Sadie’s entire world crumbles. After a somewhat botched police investigation, Sadie is determined to bring her sister’s killer to justice and hits the road following a few meagre clues to find him. 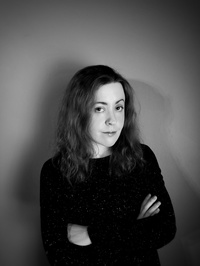