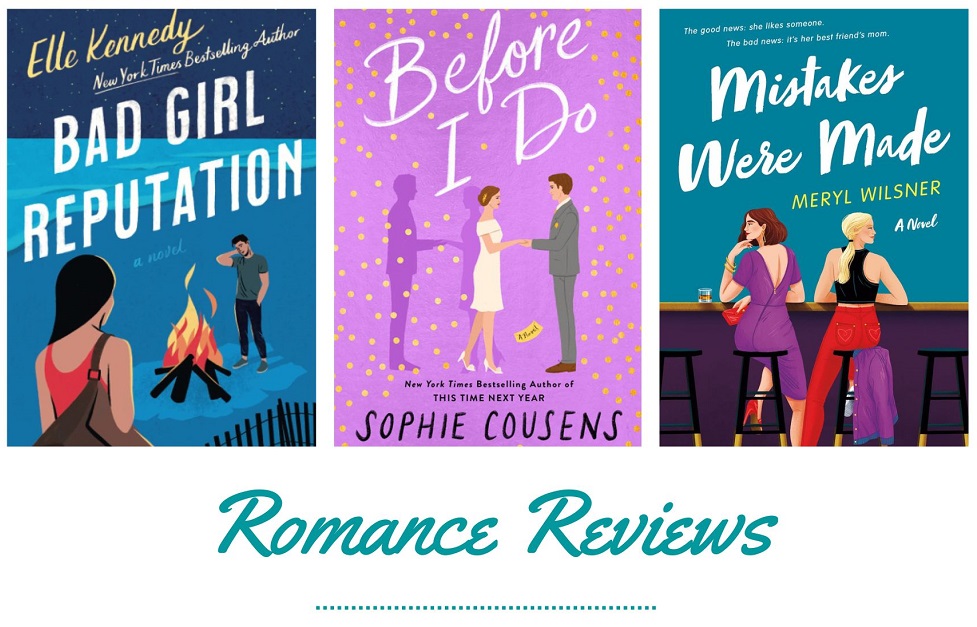 Another week, another assortment of books to share my thoughts on with you.  I know we’re in the midst of spooky season but most of my ARCs for this month ended up being romances and oddly enough, Christmas books.  I’m holding off on the Christmas books at the moment because my inner mood reader just isn’t quite ready for them, but I imagine I’ll start sharing those reviews either later this week or early next week.  Anyway, on to today’s reviews! 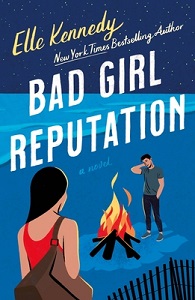 Bad Girl Reputation, the second book in Elle Kennedy’s Avalon Bay series, introduces us to Genevieve West and Evan Hartley, two long-time residents of the town.  Genevieve, or Gen, is known for being a wild child, while Evan is the town party boy.  Their reputation together as a couple also precedes them, as they’ve been into one another forever and their passion and chemistry are both off the charts.  After a particularly embarrassing moment involving another woman’s husband, Gen decides it’s time to grow up and she abruptly leaves town and cuts off contact with Evan.  One year later, when her mother dies and her dad asks her to come home and help settle her mom’s affairs, Gen comes face to face with Evan.  The attraction is still there of course but can she possibly rekindle her relationship with Evan without spiraling right back into her bad girl habits?

I really enjoyed everything about this story.  The growth of Gen throughout the book is just tremendous, and I felt so proud of her, especially since she had practically the whole town watching her and expecting the worst of her.  I also loved her chemistry with Evan.  They have not only an intense physical connection, but a strong emotional connection as well.  All Evan wants is Gen and he’s willing to do anything to make her understand that.  When he understands just how important it is to Gen to continue her journey of growth and maturity, he’s 100% on board with it and sets out to make similar changes in his own life.  I just adored the idea of the bad boy and the bad girl both growing up together and was cheering them on every step of the way.

With its charming coastal smalltown setting, its fabulous cast of characters, and a wonderful second chance romance, Bad Girl Reputation is an entertaining read that is sure to please romance fans.  4 STARS 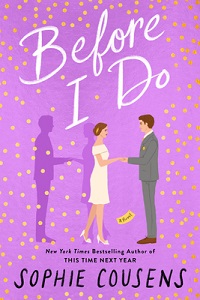 Before I Do Goodreads

Before I Do by Sophie Cousens is a moving romance that follows one woman’s journey of what happens when “the one who got away” unexpectedly turns up the night before she is set to marry another man. I loved the premise of the story and was immediately hooked as soon as I started reading because the story starts out with a bang and then takes us through the events that led up to the explosive opening scene.

Audrey and Fred meet in the most unexpected and adorable of ways, and after their initial meet cute, they end up spending a truly magical day together. They make plans to go on a real date, but then Fred doesn’t show.  Audrey, convinced that she and Fred were destined to be together, is devastated.  She moves on with her life though, meeting Josh, who is a sweetheart, and six years later, Audrey finds herself about to be married.  A series of bad omens start to plague Audrey right before the wedding, including dead bats in the church and of course Fred suddenly appearing at the rehearsal dinner.  These omens really start to create doubt in Audrey’s mind as to who she is meant to spend the rest of her life with.

Using a dual timeline approach, Before I Do takes us through Audrey’s past, starting with when she and Fred meet, moving on to when she and Josh connect, and then of course, to the present day where the wedding events are unfolding and the pressure is on Audrey to decide what to do.  I really loved how Cousens used the dual timeline here since we got to know Audrey, Fred, and Josh really well and got to see how each of those relationships developed.  I also loved that the way the characters are developed, both Fred and Josh come across as very likeable so it’s not easy to choose one to root for, especially once we learn why Fred was a no show for their date.  It’s easy to see why Audrey is so muddled about what to do.  She really does love Josh, but what if Fred really was her soulmate and this is destiny’s way of giving her a second chance?

Cousens also does a wonderful job exploring the troubled relationship between Audrey and her mom and the impact it has had on her own approach to other relationships.  I loved the added depth this angle added to Audrey’s story since it shed so much light on her own motivations and thought processes when it came to relationships and made me that much more invested in her journey.

I don’t want to give away what Audrey chooses to do, so I’m going to stop now, but I highly recommend Before I Do to anyone who enjoys a multi-layered and unpredictable romance with a cast of well-developed, unforgettable characters that will tug at your heartstrings. 4 STARS 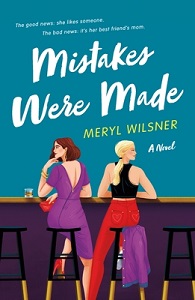 Mistakes Were Made Goodreads

I really enjoyed Meryl Wilsner’s debut romance Something to Talk About so I was eager to get my hands on a copy of her latest book, Mistakes Were Made.  I was a little nervous that the plot, which centers on a college senior accidentally hooking up with her best friend’s mom, wouldn’t come across as believable, but I needn’t have worried. Wilsner does a phenomenal job of not only making it seem like a plausible romance, but it became one that I wholeheartedly found myself cheering on.

The story follows Cassie Klein, a college senior who goes to an off-campus bar in hopes of escaping her school’s Family Weekend activities since her family decided not to attend.  Cassie isn’t looking to hook up with anyone, but when she sees a sexy older woman sitting at the bar, she can’t resist buying her a drink and see what, if anything, develops between them.  What develops is a super steamy one-night stand that leaves both women satisfied, and Cassie ready to return to campus and face the rest of Family Weekend.  Imagine her shock and horror then, when invited by her best friend Parker to come to breakfast and meet her mom, Cassie comes face to face with her one-night stand, who just happens to be Parker’s mother, Erin, who is of course equally horrified.

I really loved how the author developed this relationship and had her characters navigate the many obstacles that face them, the number one obstacle being not wanting to hurt Parker.  Wilsner does a wonderful job portraying the awkwardness and the inner turmoil both Cassie and Erin experience because as much as they both try to hide it and deny it, they are clearly attracted to one another and have wonderful chemistry.  I was right there with them alternating between “No, you absolutely cannot be together. Think about Parker!” to “But you’re so happy together. Maybe Parker would be okay with it?”  As the title implies, mistakes were made and I really appreciated that aspect of it.  It’s definitely a messy situation these women find themselves in, and I don’t think the relationship would have felt realistic if there weren’t mistakes made along the way.

If you’re in the mood for a sexy, steamy forbidden romance with a bit of family drama thrown into the mix, you’ll want to check out Mistakes Were Made.  4 STARS.

Reviews: WHEN IN ROME and WHERE WE END & BEGIN