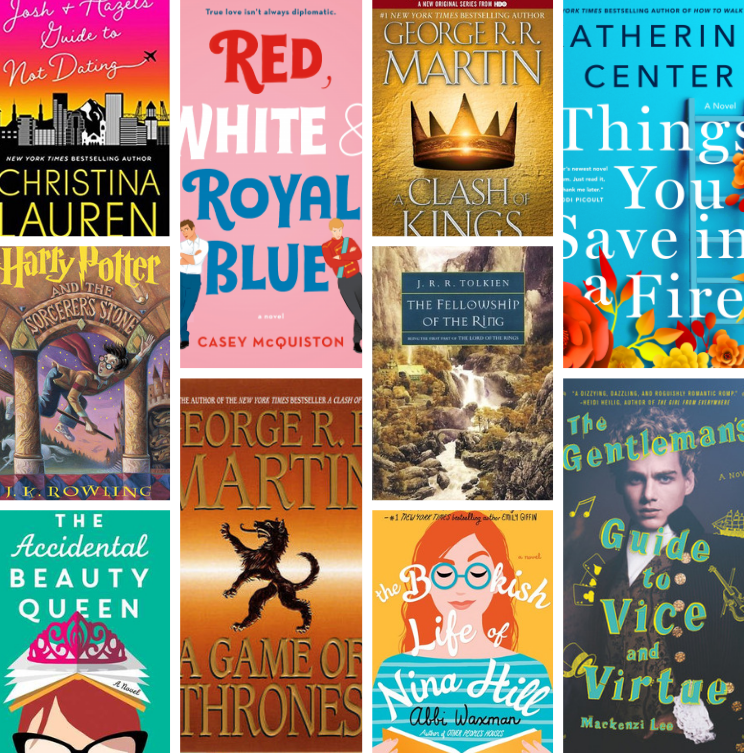 This week’s TTT topic is a Book Characters I’d Love to Be Besties With.  When I think of my real life friends and the qualities I love about each of them, a few common denominators carry across all of them. I love their humor and specifically their ability to bring some levity to a stressful situation, I love their loyalty and that I can always count on them for whatever I need, whether it’s a sound word of advice, a shoulder to cry on, a stiff drink, whatever.  They just have my back no matter what.  I also think my friends are very interesting and I love the unique perspective they can bring to any conversation.  And of course, we share many similar interests.

The list of fictional characters I’ve come up with embody many of these same traits so I think they would make great additions to my circle of friends.

Hermione for her wisdom and general badassery; the Weasley twins for their wicked sense of humor.

2. PERCY, MONTY, & FELICITY from The Gentleman’s Guide to Vice & Virtue

Similar to above, Felicity for her wisdom and because she’s a woman ahead of her time;

Monty & Percy because they’re hilarious and hold the promise of great adventures.

3. HAZEL from Josh & Hazel’s Guide to Not Dating

Hazel for her whimsical sense of humor. There would never be a dull moment with Hazel as your friend.

4. SAMWISE from Lord of the Rings

Could there possibly be a more loyal friend than Samwise?

5. BRIENNE OF TARTH from the A Song of Ice and Fire series

Although I’d put Brienne of Tarth as a close second to Samwise in the loyalty department.

6. TYRION LANNISTER from the A Song of Ice and Fire series

Tyrion is such a wonderful mix of wit, humor, drunken fun, but at the same time,

he is also someone you would want in your corner when it comes down to it.

No social circle of mine would be complete without a few socially awkward book nerds. Enter Charlotte Gorman.

8. NINA HILL from The Bookish Life of Nina Hill

And Nina Hill for the same reason. Us book nerds have to stick together.

9. CASSIE HANWELL from Things You Save in a Fire

I actually just finished this book over the weekend and found myself wishing I was friends with Cassie.

I admired her strength and tenacity, and the fact that she’s a female firefighter just made her really someone I’d like to have in my corner.

Although technically only secondary characters in this book, June and Nora were just all kinds of awesome

and I’d love to have them on my squad.  They’re fun, loyal, and very creative.

Who are some book characters you’d like to have in your circle of friends? 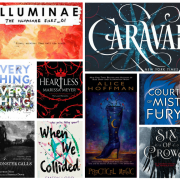