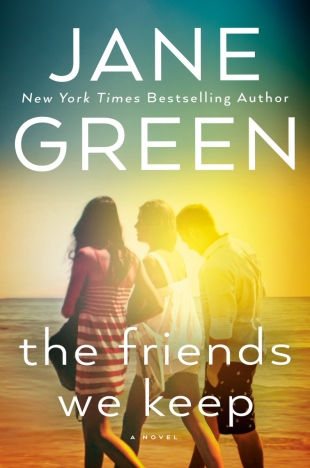 The Friends We Keep by Jane Green
Also by this author: The Sunshine Sisters


THE FRIENDS WE KEEP Review

Jane Green’s latest novel The Friends We Keep is a beautiful and moving story about the ups and downs as we move through life and the friends we make while on the journey.  It follows Evvie, Maggie, and Topher, who met during their first year of college and became fast friends.  The story tracks each of them through life, from those carefree college years where the three of them lived together like one big happy family to those years after college when life just got in the way and they drifted apart.  The Friends We Keep really resonated with me because of its central themes about friendship – first, the idea that no matter how far friends drift apart, they always find their way back to each other, and second, a true friend will always find a way to forgive you, even if you make a seemingly unforgiveable mistake.

All three of the main characters drew me in right away because their lives were just so messy and complicated.  While their career paths (Evvie becomes a model and Topher becomes an actor) aren’t necessarily all that easy to relate to, the highs and lows they experience, the bad choices they sometimes make along the way, and the regrets that follow are all too relatable.  Green writes each of their stories with an authenticity that I think will resonate with many readers, especially those with similar lifelong friendships. As I was reading about Evvie, Topher, and Maggie, I was also constantly thinking about my own best friends and how much I treasure them.

I don’t want to give away anything about the overall plot of the story or the character’s individual journeys – you can read the synopsis for more details – but I did want to talk about one final theme that resonated with me.  Even though The Friends We Keep is a beautiful story about friendship, it does have its share of dark moments as the characters experience some of life’s lows and disappointments.  The message Jane Green so wonderfully conveys though is that it’s never too late for a second chance at happiness or to follow a new dream if your original dream doesn’t pan out.  Maybe it’s because of my age and where I am in life, but that message really hit home for me as I was reading.

I just started reading Jane Green’s novels last year but she is fast becoming a favorite of mine because her stories about family and friendships are so heartfelt and relatable.  If you’re in the mood for a story about life and the true meaning of friendship, give The Friends We Keep a try.

The Friends We Keep is the warm and wise new novel from Jane Green, New York Times bestselling author of The Sunshine Sisters and The Beach House.

Evvie, Maggie, and Topher have known each other since university. Their friendship was something they swore would last forever. Now years have passed, the friends have drifted apart, and none of them ever found the lives they wanted – the lives they dreamed of when they were young and everything seemed possible.

Evvie starved herself to become a supermodel but derailed her career by sleeping with a married man.

Maggie married Ben, the boy she fell in love with at university, never imagining the heartbreak his drinking would cause.

Topher became a successful actor but the shame of a childhood secret shut him off from real intimacy.

By their thirtieth reunion, these old friends have lost touch with each other and with the people they dreamed of becoming. Together again, they have a second chance at happiness… until a dark secret is revealed that changes everything.

The Friends We Keep is about how despite disappointments we’ve had or mistakes we’ve made, it’s never too late to find a place to call home. 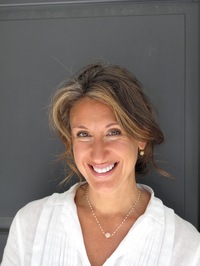 Jane Green is the author of eighteen novels, of which seventeen are New York Times Bestsellers, including her latest, Falling Previous novels have included The Beach House, Second Chance, Jemima J, and Tempting Fate.  She will be debuting her cookbook, Good Taste, on October 4th.

She is published in over 25 languages, and has over ten million books in print worldwide. She joined the ABC News team to write their first enhanced digital book— about the history of Royal marriages, then joined ABC News as a live correspondent covering Prince William’s wedding to Kate Middleton.  A former journalist in the UK, she has had her own radio show on BBC Radio London, and is a regular contributor on radio and TV, including as well as regularly appearing on television shows including Good Morning America, The Martha Stewart show, and The Today Show.

Together with writing books and blogs, she contributes to various publications, both online and print, including anthologies and novellas, and features for The Huffington Post, The Sunday Times, Cosmopolitan and Self. She has taught at writers conferences, and does regular keynote speaking, and has a weekly column in The Lady magazine, England’s longest running weekly magazine.

A graduate of the French Culinary Institute in New York, Green filled two of her books, Saving Grace and Promises to Keep, with recipes culled from her own collection. She says she only cooks food that is “incredibly easy, but has to look as if you have slaved over a hot stove for hours.” This is because she has five children, and has realised that “when you have five children, nobody ever invites you anywhere.”

She lives in Westport, Connecticut with her husband and their blended family. When she is not writing, cooking, gardening, filling her house with friends and herding chickens, she is usually thanking the Lord for caffeine-filled energy drinks. A cancer survivor – she has overcome Malignant Melanoma, she also lives with Chronic Lyme Disease, and believes gratitude and focusing on the good in life is the secret to happiness. 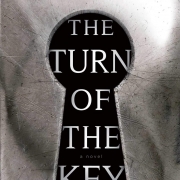 Review: THE TURN OF THE KEY by Ruth Ware 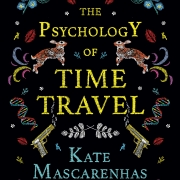 Review: MRS. EVERYTHING by Jennifer Weiner
Scroll to top