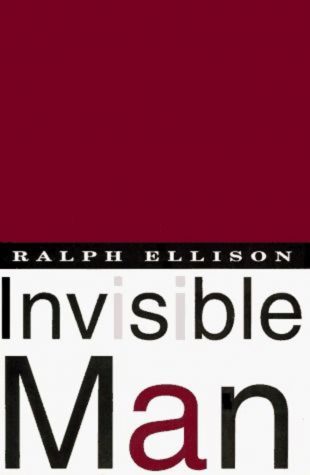 First published in 1952 and immediately hailed as a masterpiece, Invisible Man is one of those rare novels that have changed the shape of American literature. For not only does Ralph Ellison’s nightmare journey across the racial divide tell unparalleled truths about the nature of bigotry and its effects on the minds of both victims and perpetrators, it gives us an entirely new model of what a novel can be.

As he journeys from the Deep South to the streets and basements of Harlem, from a horrifying “battle royal” where black men are reduced to fighting animals, to a Communist rally where they are elevated to the status of trophies, Ralph Ellison’s nameless protagonist ushers readers into a parallel universe that throws our own into harsh and even hilarious relief. Suspenseful and sardonic, narrated in a voice that takes in the symphonic range of the American language, black and white, Invisible Man is one of the most audacious and dazzling novels of our century.

I chose to re-read Ralph Ellison’s Invisible Man as my January entry for the ReReadIt Challenge hosted by Ashley at Inside My Minds.  I wanted to re-read this literary classic because I originally read it when I was a teenager and I don’t think I fully appreciated it on that first reading and so wanted to give it a second look.  I was also curious to see how relevant its themes still are today.  I’m glad I did choose to revisit Invisible Man because it truly stands the test of time as a literary classic and I actually believe its themes are more relevant than ever.

At its heart, Invisible Man is a powerful coming of age story.  An anonymous black man tells the story of his journey to adulthood as he tries to discover who he is and what his place is in an American society that makes no attempt to even hide its racist tendencies.  What kind of identity and sense of self-worth can he have in a society that refuses to see him and acknowledge that he does in fact, have any worth at all?

What I think makes Invisible Man such a powerful read is that the story is told in first person by the Invisible Man himself.  Seeing firsthand what he sees and experiences as he tries to make his own way in a society that is often hostile, at best confusing, and quite often filled with betrayal, really drives home the message of how dehumanizing life can be if those around you refuse to acknowledge that you are a human being and that you matter just as much as they do.

One vivid example that sticks out in my mind is when our unnamed narrator is a senior in high school and is chosen to give an important speech. Word gets out into the community about his oratory skills and about what a stellar student he is, and so he is invited to give his speech in front of an important group of white men in the community.  When he arrives, he is blindfolded and thrust into a ring with many other similarly blindfolded men where they are forced to fight each other like animals until the last one is standing.  This is of course pure sport for those white men who have organized this “entertainment” for themselves and completely humiliating and degrading for our young narrator.  It is especially heartbreaking seeing it from his perspective because he naively has no idea what they have in store for him, has come to the event all dressed up, and is diligently practicing his speech in his head right up until the moment he’s blindfolded and tossed into the fighting ring.  Afterwards, the white men excuse away their behavior by then allowing the narrator give his speech and then awarding him with a scholarship to an all black college.  What a painful and confusing message to give a young man!  “Here, we recognize that you are one of the best and brightest, but we we’re still going to go out of our way to put you in your place.”

We follow the narrator from his hometown and his university in the Deep South until he gets expelled from university.  His crime?  He was tasked with driving one of the school’s white trustees around while they were visiting the campus.  One of the places the trustee asked to visit turned out to be an unsavory part of town that sits right on the outskirts of the university.  According to the headmaster, our narrator irreparably damaged the school’s reputation and therefore had to leave.  The headmaster decides not to be completely heartless though and sends the narrator up north to Harlem, armed with a handful of sealed recommendation letters, to secure a job with someone connected to the university.  The narrator arrives in Harlem and starts dutifully dropping off the recommendation letters, determined to find a job as soon as possible because he is hoping to make the most of this opportunity for a fresh start since he can’t return to school.  The narrator’s bubble is quickly burst, however, when it is ultimately revealed to him that the letters he is handing out are not, in fact, recommendation letters at all, but instead, they are letters condemning him so as to sabotage his job searching efforts.

The rest of the novel tracks him as he continues to try to make his way in the world.  Every step of the way he encounters either hatred and bigotry or else people like the self-serving “Brotherhood” who recognize his oratory gift and want to use him to make speeches that advance their own causes. They promise they’re going to turn him into the next Frederick Douglass or W.E.B. DuBois, but then proceed to change the rules at every turn and use him as a scapegoat each time things don’t go according to plan.  Each experience only serves to strip away a little more of his innocence and his self-worth until he ultimately flees and turns to life underground, off the grid, which is where we find him when the story begins.

Invisible Man is not an easy read, by any stretch.  I won’t even classify it as entertaining because there’s nothing entertaining about racism and bigotry. I will classify this as an incredibly important read though because it gives a voice to those in society who have no voice. This is echoed in the final lines of the novel:  “Who knows but that, on the lower frequencies, I speak to you?”  The idea of giving voice to those who have no voice is just as relevant today as it was when Ellison wrote the book, especially when considered in light of the immigrant ban in the U.S.  It seems like more groups than ever are being made to feel invisible.

Note:  If you do read Invisible Man, I highly recommend reading it with the audible narration by Joe Morton from TV’s Scandal. I listened to this narration while I read and thought it really added a lot to the overall story.  Morton delivers a powerful reading that really highlights the nuances that might otherwise be missed – the initial innocence followed by increasing sarcasm and biting humor that develops as the narrator becomes further disillusioned with life. 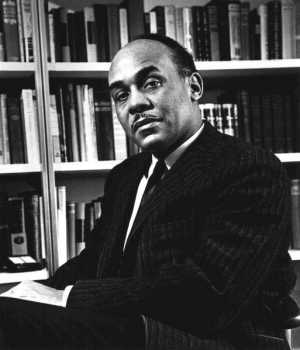 Ralph Ellison was a scholar and writer. He was born Ralph Waldo Ellison in Oklahoma City, Oklahoma, named by his father after Ralph Waldo Emerson. Ellison was best known for his novel Invisible Man, which won the National Book Award in 1953. He also wrote Shadow and Act (1964), a collection of political, social and critical essays, and Going to the Territory (1986). For The New York Times , the best of these essays in addition to the novel put him “among the gods of America’s literary Parnassus.” A posthumous novel, Juneteenth, was published after being assembled from voluminous notes he left after his death.

Ellison died of Pancreatic Cancer on April 16, 1994. He was eighty-one years old.

Waiting on Wednesday – Spotlight on Lincoln in the Bardo by George Sa...