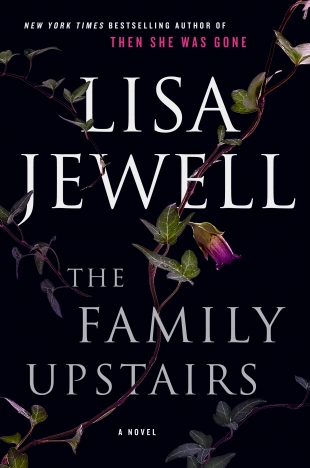 The Family Upstairs by Lisa Jewell
Also by this author: Watching You

The Family Upstairs by Lisa Jewell is one of the most riveting thrillers I’ve read so far this year.  What I love about Jewell’s novels is that she does such a tremendous job of creating tension, building suspense, and weaving in enough twists and turns to keep me guessing all the way to the big reveal.  What especially drew me to The Family Upstairs was the promise of a domestic drama filled with dark family secrets and Jewell does not disappoint.

I was immediately immersed in the seemingly unrelated lives of her three main characters and couldn’t wait to see how Jewell ultimately brought them all together and had their lives intertwine.  Twenty-five year old Libby Jones is one of the three main characters.  When the novel opens, Libby has just unexpectedly inherited a mansion worth millions from her birth parents, who died when she was an infant.  When Libby learns some of the mysterious circumstances surrounding her parents’ deaths and what had been going on in the house prior to their deaths, including whisperings about a cult and about some missing children, she becomes determined to learn the truth about her parents and thus begins to investigate.  Libby is a sweet, likable character and I completely understood why she wanted to know the truth about what happened to her parents.  It has been a huge hole in her family history for 25 years now that needs to be filled.

In addition to Libby, the story also unfolds from the perspective of two other characters, Lucy and Henry, who on the surface, appear to have no connection whatsoever to Libby.  When we meet Lucy, she is living on the streets with her two children.  As we follow her, we start to learn more about her past and about how she has ended up in the desperate spot she finds herself in.  When we meet Henry, he seems a little off, like he might be struggling with some sort of mental health issue.  He spends much of his time dwelling on his own past and the fact that his parents fell victim to scammers and lost their (and by extension, his) fortune.  As with Libby, I found myself completely invested in these character’s lives and desperately wanting to know how Libby, Lucy, and Henry would fit together by the end of the book.

I loved how Jewell kept me guessing throughout the story. Every time I thought I had established a connection or figured out an identity, she would throw a monkey wrench into my hypothesis and I’d have to rethink things.  I also loved having the creepy house where people died and all of its surrounding mystery in the background as well. There was plenty of suspense and atmosphere and, at times, the story read as part psychological thriller, part domestic drama, with a side of horror thrown in.

If creepy houses, mysterious deaths and disappearances, and dark family secrets pique your curiosity, Lisa Jewell’s The Family Upstairs is a must-read for you.

From the New York Times bestselling author of Then She Was Gone and Watching You comes another page-turning look inside one family’s past as buried secrets threaten to come to light.

Be careful who you let in.

Soon after her twenty-fifth birthday, Libby Jones returns home from work to find the letter she’s been waiting for her entire life. She rips it open with one driving thought: I am finally going to know who I am.

She soon learns not only the identity of her birth parents, but also that she is the sole inheritor of their abandoned mansion on the banks of the Thames in London’s fashionable Chelsea neighborhood, worth millions. Everything in Libby’s life is about to change. But what she can’t possibly know is that others have been waiting for this day as well—and she is on a collision course to meet them.

Twenty-five years ago, police were called to 16 Cheyne Walk with reports of a baby crying. When they arrived, they found a healthy ten-month-old happily cooing in her crib in the bedroom. Downstairs in the kitchen lay three dead bodies, all dressed in black, next to a hastily scrawled note. And the four other children reported to live at Cheyne Walk were gone.

In The Family Upstairs, the master of “bone-chilling suspense” (People) brings us the can’t-look-away story of three entangled families living in a house with the darkest of secrets. 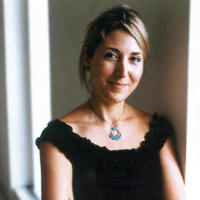