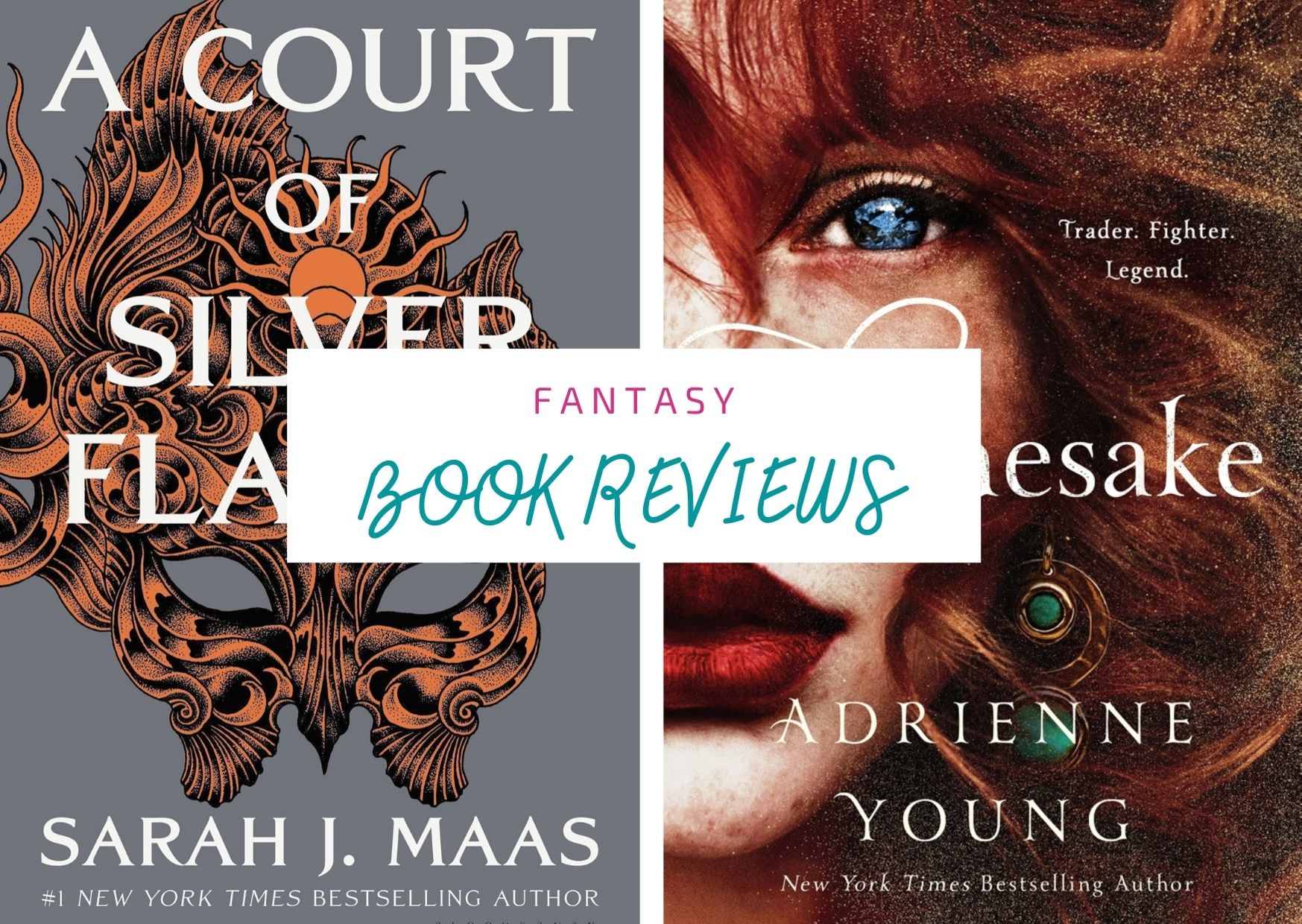 Happy Monday all!  I hope everyone had a great weekend.  We had wonderful weather to usher in the first day of Spring so I definitely won’t complain.  I was also finally able to get my first dose of a COVID vaccine this weekend, which has really got me hoping this is the start of good things to come.  Anyway, back to blog stuff…  I’m sure you guys are used to mainly seeing rom-com reviews from me these days, but I actually did veer away from the rom-coms long enough to read a couple of new fantasy novels this month and wanted to share my thoughts on them with you.

A ​Court of Silver Flames (A Court of Thorns and Roses, #4) Goodreads

I’m going to confess right now that I went into Sarah J. Maas’ new novel A Court of Silver Flames with somewhat low expectations.  For me, A Court of Mist and Fury set the bar so high that the rest of the books in the series have paled in comparison.  Nesta Archeron was also one of my least favorite characters in the series, so I was not overly excited to have an entire book that focused on her.  All of that said, I was very pleasantly surprised with this book.

Maas does a beautiful job of taking us inside of Nesta’s thoughts so that it’s so much easier to understand how much pain she is in and why she lashes out at everyone the way she does.  From losing her father to having to live with the guilt of how she treated him while he was alive, and of course, having to deal with the fact that she was forced to become High Fae against her will, Nesta’s life has been turned upside down in every way.  When the story opens, she is not taking any of these things well and has pretty much turned her back on everyone who cares about her.  I don’t want to give away any spoilers about Nesta’s journey in this book, so I’ll just leave it at there’s definitely plenty of the badass Nesta we already knew, but now we’re allowed to see a whole new vulnerable side that makes it much easier to have empathy for her.

In addition to Nesta’s journey, I was also a big fan of the further exploration of Nesta’s relationship with Cassian.  It’s no secret that the two of them are attracted to one another, but this book takes that attraction to a whole new level, both sexually and emotionally, as Cassian is the one who is there for her no matter how hard she tries to push everyone away.  I loved that he was so supportive of her and that he also wasn’t afraid to show her tough love if he thought that’s what would best serve her.  And of course, don’t even get me started on the sex scenes. The sexual tension between Nesta and Cassian makes Rhys and Feyre’s scenes seem tame by comparison.  Holy hotness!

Aside from getting to know Nesta and Cassian better, I also just loved being back in this world again and seeing some of my old favorites, like Rhys, Feyre, Mor, and Az, but I also loved that some great new characters were introduced.  Gwyn and Emerie, two women Nesta meets while she’s avoiding everyone else, are such great additions to this cast of characters.  I don’t want to give away too much about them but they are the friends Nesta doesn’t even realize she so desperately needs and they provide her with a sense of sisterhood that she is unable to achieve with her own biological sisters right now.  I loved their bond and really hope that they will make appearances later in the series.

Bottom line:  I was not expecting to come out of A Court of Silver Flames adoring Nesta and wanting to see more of her, but here we are. Well done, Sarah J. Maas!  4 STARS 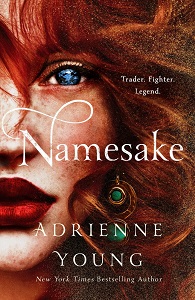 Namesake is the second book in an exciting YA fantasy duology by Adrienne Young.  I loved the first book, Fable, because it featured a badass heroine and of course pirates, so I couldn’t wait to dive into the finale.

Namesake picks up right where the first book leaves off so you definitely need to have read the first book to have any idea as to what is going on.  The crux of the story is that even though all Fable wants to do is sail away with the Marigold ship and its crew, free from the influence of her estranged father, Saint, Fable instead finds herself being used as a pawn in what turns out to be a very complicated scheme, the ultimate goal of which is to eliminate Fable’s father as a force in the shipping trade.  Even though she’s estranged from Saint, she doesn’t want to see him ruined and so Fable must come up with a plan of her own, to save her father and to get back the crew (and the man) she loves.

Fable and her relationship with her father has definitely been one of the major draws for me of this series, so I was pleased to see it at the forefront of the finale.  I was excited by the depth of the family drama that we delve into, not only with Saint, but also with Fable’s mother, who apparently took some pretty big secrets to the grave with her when she died.  Where the first book in the series was all about gem trading and Fable trying to make her way in the world, Namesake is all about secrets, betrayal, deception, and the idea that no one Fable has known throughout her life is entirely as they seem.  I don’t want to give anything away, so I’ll just say here that I never would have expected going into this duology that Saint would end up being one of my favorite characters, but that’s exactly what happened.

While I enjoyed the family aspect of Namesake immensely, especially the unexpected addition of another member of Fable’s extended family who isn’t what she seems, I didn’t enjoy this book quite as much as I enjoyed the first book in the duology.  There were some places along the way where the pacing felt a little slow for me, particularly each time they went back into the water looking for gems. I think it was such a novelty in the first book that it fascinated me, but by the second book, I just really wanted to get back to the family drama stuff with Fable and didn’t care as much about how skilled she was at finding gems.  I also wasn’t as into the romance in the second book as I was in the first.  I’m honestly not even sure why.  I think maybe it was, again, due to the fact that I was most interested in the family drama and everything else just felt in the way.

Even with those couple of issues though, I still found Namesake to be a satisfying conclusion to the series overall.  I even teared up a bit at some of the final family moments.  I would definitely recommend this series to anyone who enjoy YA fantasy, pirate adventures, and stories that feature complicated father-daughter relationships.  3.5 STARS