My “Waiting On” Wednesday selection for this week is Lincoln in the Bardo by George Saunders. I am not at all familiar with this author, but Abraham Lincoln has always interested me as a historical figure so this book got my attention as soon as I read the synopsis.  I think it sounds fascinating and so unique, although I will admit I’m a little leery because it is on a lot of ‘Most Anticipated’ book lists already.  I had a bad run last year reading books that appeared on those kinds of lists, so fingers crossed that my experience will be much better in 2017!

Lincoln in the Bardo 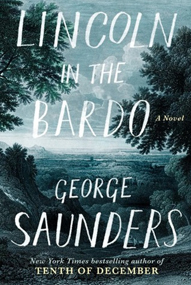 The long-awaited first novel from the author of Tenth of December: a moving and original father-son story featuring none other than Abraham Lincoln, as well as an unforgettable cast of supporting characters, living and dead, historical and invented.

February 1862. The Civil War is less than one year old. The fighting has begun in earnest, and the nation has begun to realize it is in for a long, bloody struggle. Meanwhile, President Lincoln’s beloved eleven-year-old son, Willie, lies upstairs in the White House, gravely ill. In a matter of days, despite predictions of a recovery, Willie dies and is laid to rest in a Georgetown cemetery. “My poor boy, he was too good for this earth,” the president says at the time. “God has called him home.” Newspapers report that a grief-stricken Lincoln returns, alone, to the crypt several times to hold his boy’s body.

From that seed of historical truth, George Saunders spins an unforgettable story of familial love and loss that breaks free of its realistic, historical framework into a supernatural realm both hilarious and terrifying. Willie Lincoln finds himself in a strange purgatory where ghosts mingle, gripe, commiserate, quarrel, and enact bizarre acts of penance. Within this transitional state—called, in the Tibetan tradition, the bardo—a monumental struggle erupts over young Willie’s soul.

Lincoln in the Bardo is an astonishing feat of imagination and a bold step forward from one of the most important and influential writers of his generation. Formally daring, generous in spirit, deeply concerned with matters of the heart, it is a testament to fiction’s ability to speak honestly and powerfully to the things that really matter to us. Saunders has invented a thrilling new form that deploys a kaleidoscopic, theatrical panorama of voices to ask a timeless, profound question: How do we live and love when we know that everything we love must end?

“No one writes more powerfully than George Saunders about the lost, the unlucky, the disenfranchised.”—Michiko Kakutani, The New York Times

“Saunders makes you feel as though you are reading fiction for the first time.”—Khaled Hosseini

“George Saunders is a complete original. There is no one better, no one more essential to our national sense of self and sanity.”—Dave Eggers

“Not since Twain has America produced a satirist this funny.”—Zadie Smith

“There is no one like him. He is an original—but everyone knows that.”—Lorrie Moore

“An astoundingly tuned voice—graceful, dark, authentic, and funny—telling just the kinds of stories we need to get us through these times.”—Thomas Pynchon