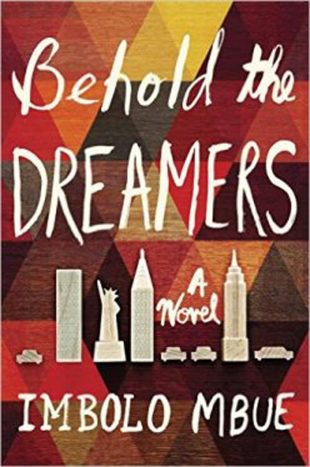 Named one of BuzzFeed’s “Incredible New Books You Need to Read This Summer”.

Behold the Dreamers is a powerful and moving read that follows the struggles of an immigrant family trying their hardest to achieve the American Dream and create the best life they can for themselves and for their children. Aside from the gorgeous writing of the author Imbolo Mbue, the power of this novel lies in the fact that it is so very relevant right now, especially when you consider this year’s U.S. Presidential race and the two candidates’ very different views about immigrants.

I fell in love with Mbue’s protagonist, Jende Jonga, right away.  Jende is a kind man, a wonderful husband and father, and he firmly believes that the American Dream is within his family’s reach if they work hard and play by the rules. In the opening chapters, Jende is attempting to secure a job as a chauffeur for a big Wall Street executive at Lehman Brothers, a job that would be a huge step up for him as he had previously been driving taxi cabs for much less money.  I admired his persistence and determination, especially since his future in the U.S. is tentative at best until he secures a green card, and so I immediately became invested in wanting him to succeed.

Jende’s wife, Neni, is equally likeable.  She is in the U.S. on a student visa and is studying with the intention of eventually becoming a pharmacist.  Like Jende, Neni works as hard as she can and is very disciplined, her sole focus on doing whatever needs to be done to achieve her family’s dream of becoming American citizens.  In the early chapters, we see Neni pulling all nighters to make sure she gets top marks in all of her classes and she works all sorts of jobs on the side in order to bring in extra money for the family.

What I liked most about Mbue’s portrayal of Jende and Neni, however, is that she doesn’t over-romanticize the couple.  They sometimes make bad decisions, lose their tempers, can sometimes be too gullible or naïve, and therefore come across as somewhat flawed and very relatable.

Another aspect of the novel that appealed to me was the subtle building of suspense throughout the novel.  Is Jende going to get his green card? Is Neni going to be able to stay in school?  What is going on in the financial world at Lehman Brothers and is it going to affect Jende’s job security and therefore his family’s chance to achieve the American Dream? The momentum that these questions generated kept pulling me quickly through the story because I was so worried about whether or not Jende and Neni were going to make it.  I was especially tuned in to what the Lehman Brothers fall out might mean for them because I lost my own job back in 2008 because of it and ended up draining my 401k and savings to stay afloat until the economy righted itself.  As crushing as it was for me as an American citizen, I couldn’t imagine how hard it would be for someone in Jende and Neni’s shoes.  Mbue did a fantastic job of conveying all of the uncertainty and unease of that time in our recent history.

Aside from the character development and the suspense, overall I think what makes Behold the Dreamers such a poignant and moving read is the message that there are people out there fighting so hard to secure the best lives possible for their family – to have even a fraction of what most of us take for granted every day.  The story puts the reader in the shoes of every immigrant that has come here in search of the American Dream and hopefully creates a sense of empathy as the reader sees firsthand exactly what they have to go through on the uncertain path to citizenship.

Behold the Dreamers is definitely a book that I would recommend to pretty much anyone who enjoys a moving story about family, dreams, obstacles, and perseverance.  Imbolo Mbue is a gifted writer and I really look forward to reading more from her.

Thanks so much to Random House, Netgalley, and of course Imbolo Mbue for allowing me the opportunity to read and review Behold the Dreamers. 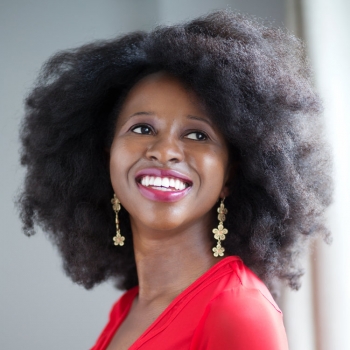 Imbolo Mbue is a native of Limbe, Cameroon. She holds a B.S. from Rutgers University and an M.A. from Columbia University. A resident of the United States for over a decade, she lives in New York City.

Behold the Dreamers is her first novel.