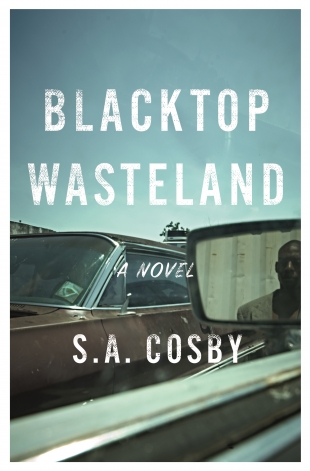 I don’t normally read a lot of crime novels but I was drawn to S.A. Cosby’s Blacktop Wasteland because it’s set in my home state of Virginia.  Whatever my reasons for initially picking it up though, I’m so glad I did because Blacktop Wasteland really blew me away.  It is both an action-packed thrill ride that features a high stakes heist and an emotional journey about a man who is caught between the sins of his past and what he desperately wants for his future.

Blacktop Wasteland hooked me from the very first chapter when we meet the protagonist, Beauregard “Bug” Montage.  If you like complicated characters, you’re going to love Bug.  When we first meet him, Bug is drag racing for cash and it becomes immediately clear that Bug’s driving skills are unmatched.  Think “The Fast and the Furious” and you’re on the right track.   For years, Bug was the go-to wheelman for anyone out there who was trying to pull off a heist.  He’s now trying to leave that life of crime behind though.  Bug has a wonderful wife, great kids, and he owns his own auto body shop.  He loves his life as a family man and business owner, living on the up and up, and wants to do right by his family no matter what.  Bug is also haunted by memories of his father, who led a similar criminal lifestyle but ultimately abandoned his family rather than stick around and take care of them.  Bug is determined not to be like his father.

Life gets complicated for Bug, however, when for reasons beyond his control (unexpected expenses, new competition from a rival shop, etc.), he starts struggling to make ends meet and fears he won’t be able to provide for his family.  As he exhausts all of his non-criminal options, his old way of life starts calling to him and when a former associate approaches him about a can’t miss heist, Bug agrees to take part, rationalizing in his mind that he’s doing this one last time and that it’s all for his family.  Things unfortunately don’t go according to plan as Bug and his associates realize they’ve stolen from the wrong person and that things are about to go from bad to worse for them.

There’s so much tension and suspense building as Bug finds himself in an increasingly impossible situation. When the heist goes wrong, Bug’s life spirals down a dark and dangerous path that leaves him and his family more vulnerable than ever before and he has to figure out a way to fix it once and for all. And what made Bug such an especially compelling character for me is that no matter how deep he found himself in trouble, he never loses sight of his family.  He truly is willing to do absolutely anything to protect them and secure their future, even if it means possibly sacrificing himself.   S. A. Cosby does such an incredible job with painting Bug as both morally gray and completely sympathetic that I actually found myself rooting for Bug to do whatever he had to do to take out all threats to his family, even if it involved violence.  I was just that invested in Bug and his family.

S. A. Cosby’s writing in Blacktop Wasteland is phenomenal as well.  Whether he’s describing the back roads of rural Virginia, muscle cars and action-packed driving scenes that would easily fit into a Fast and Furious script, exploring the landscape of poverty and racism that is ever-present in our society, or laying out an emotional discussion between a husband and wife about the challenges that are facing their family, Cosby’s characters are both authentic and unforgettable, and his imagery is vibrant, powerful, and sure to resonate.  This is my first time reading one of S. A. Cosby’s novels and I very much look forward to reading more from him. If you’re in the mood for a fast-paced crime thriller that is raw, gritty and will leave you on the edge of your seat, Blacktop Wasteland is a must-read. 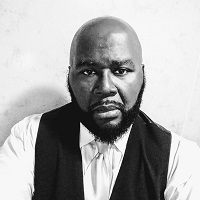