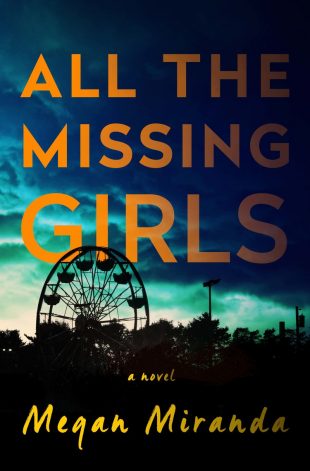 All the Missing Girls by Megan Miranda


Like the spellbinding psychological suspense in The Girl on the Train and Luckiest Girl Alive, Megan Miranda’s novel is a nail-biting, breathtaking story about the disappearances of two young women—a decade apart—told in reverse.

It’s been ten years since Nicolette Farrell left her rural hometown after her best friend, Corinne, disappeared from Cooley Ridge without a trace. Back again to tie up loose ends and care for her ailing father, Nic is soon plunged into a shocking drama that reawakens Corinne’s case and breaks open old wounds long since stitched.

The decade-old investigation focused on Nic, her brother Daniel, boyfriend Tyler, and Corinne’s boyfriend Jackson. Since then, only Nic has left Cooley Ridge. Daniel and his wife, Laura, are expecting a baby; Jackson works at the town bar; and Tyler is dating Annaleise Carter, Nic’s younger neighbor and the group’s alibi the night Corinne disappeared. Then, within days of Nic’s return, Annaleise goes missing.

Told backwards—Day 15 to Day 1—from the time Annaleise goes missing, Nic works to unravel the truth about her younger neighbor’s disappearance, revealing shocking truths about her friends, her family, and what really happened to Corinne that night ten years ago.

Like nothing you’ve ever read before, All the Missing Girls delivers in all the right ways. With twists and turns that lead down dark alleys and dead ends, you may think you’re walking a familiar path, but then Megan Miranda turns it all upside down and inside out and leaves us wondering just how far we would be willing to go to protect those we love.

My Thoughts on All the Missing Girls:

What first attracted me to Megan Miranda’s All the Missing Girls was hearing that it’s a psychological where the story is told mostly in reverse. I just couldn’t imagine how that was going to work – if it was going to work – but I had to further investigate. I’m therefore very grateful to Netgalley and Simon & Schuster for giving me the opportunity to read and review the book. Since it’s a mystery and I don’t want to give any details that would spoil the reveal at the end, my review will be somewhat general.

I very much enjoyed the story as a whole, especially the fact that it’s packed full of twists and turns that truly kept me guessing all the way to the end. Every time I thought I had it figured out, another clue would surface and I would realize how completely wrong I was. Major props to Megan Miranda for creating such a suspenseful and unpredictable storyline.
The unreliable narration added an extra level of complexity to the mystery as well because – really, how can you fully trust the story you’re being fed if the narrator says she is trying to find out what happened to the missing girls, but who all the while is also actively hiding and/or destroying potential evidence that could really lead to the truth. Was her goal really to find the truth or was it to bury the truth? Even once I got to the end of the book, I still wasn’t 100% convinced that I had all of the facts about what had happened and who was really behind it.

When it comes to the reverse story telling, I have somewhat mixed feelings, which is ironic since that’s the element that initially drew me to All the Missing Girls. Starting 15 days out and backtracking toward the moment of Annaliese’s disappearance is definitely an inventive way to present the facts of the missing persons case and I liked how with each day that we passed back through, some new information would be revealed that would suddenly add new meaning to the chapter that preceded it. It took some getting used to and was a little confusing at first, which frustrated me because it slowed down my reading, but once I acclimated to it, I enjoyed the unique perspective.

The one downside for me was the sparse character development. Some of the characters, even Nic to an extent, didn’t feel fleshed out for me. Aside from the fact that they all obviously had ties to the missing girls, they all grew up in this same small town, and none of them were especially likable, I never felt like I had much of a connection to them. In that sense, the book reminded me a lot of a procedural crime drama, like a CSI or Law and Order, where it’s all about following the evidence and solving the mystery and not so much about the actual characters. Maybe that’s the point, but I would have loved to know a little more about each of the characters involved. That would have made it a 4-star read for me for sure.

Would I Recommend All the Missing Girls?

Oh yes, definitely! Even with the couple of issues I had with it, I still thought it was a very entertaining read. I’d strongly recommend this to anyone who enjoys suspenseful reads with lots of plot twists like Gone Girl or The Girl on the Train. I’m sure those comparisons have probably been overdone already but they really are the best ones I can think of that offer a similar style of mystery. 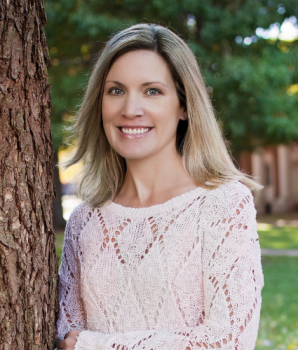