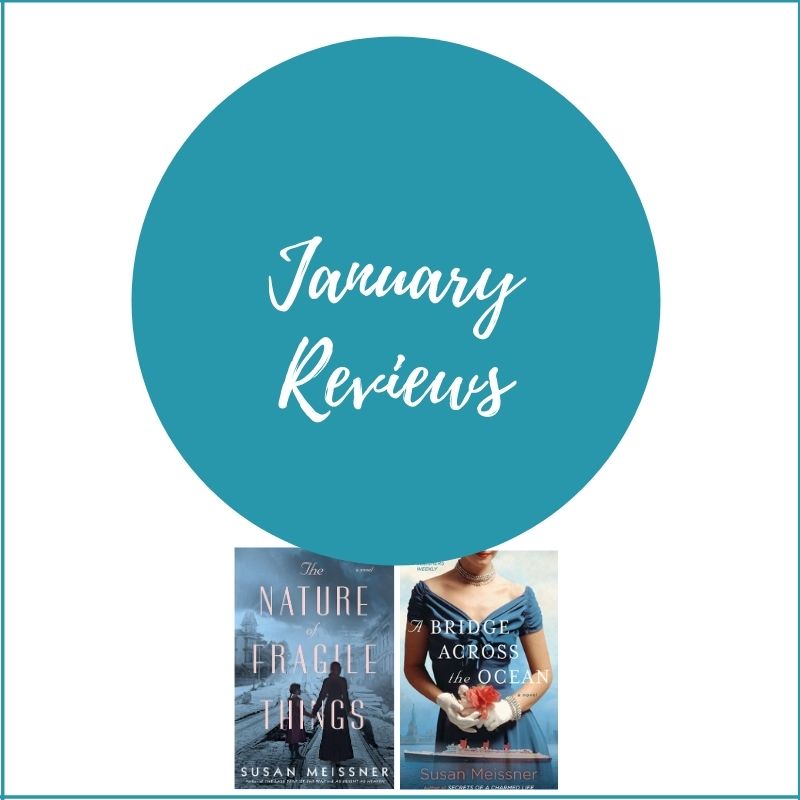 I’m going to start off by saying the reason you’re getting two Susan Meissner reviews today is that I loved her latest, The Nature of Fragile Things, so much that I immediately ran to my shelf to see what other books of hers I owned but hadn’t read yet and found A Bridge Across the Ocean. 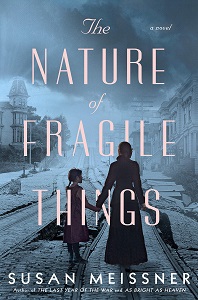 The Nature of Fragile Things Goodreads

The Nature of Fragile Things is set primarily in San Francisco around the time of the Great Earthquake of 1906.  It follows a young Irish immigrant named Sophie Whalen who has come to America looking for a better life.  Instead of a better life, however, she has found herself living in a dirty, overcrowded slum in New York.   Desperately searching for something better, Sophie answers a newspaper ad posted by a widow who is looking for a woman to marry him and help care for his 5-year-old daughter and run his household.  The two of them come to an agreement and Sophie travels to San Francisco to get married and begin her new life.

Married life isn’t quite what she expects it to be, however.  Her husband, Martin, is aloof and secretive, takes minimal interest in Sophie or his daughter, and stays away, supposedly for his job, for days at a time.  When another woman shows up on their doorstep claiming ties to Martin, it becomes clear that Martin has been keeping secrets from Sophie.  While Sophie is in the midst of confronting Martin about his deception, their lives literally and figuratively crumble around them when a devastating earthquake strikes the city. Will they make it out alive?  If so, where do they go from here now that trust has been broken?

I absolutely fell in love with Sophie as I was reading this book.  She’s just such a complex and well-drawn character. She’s definitely not without flaws and has a few secrets of her own, but I really admired her determination to keep pushing for the kind of life she’s looking for.  I also adored the relationship she cultivates with Martin’s young daughter.  She truly became a mom for that little girl and it was just so touching to watch the two of them together.  Where I loved Sophie though, I totally loathed her husband.   At first I just thought he was a little odd, but the more I saw of him, the more I grew to think of him as a monster who has lied his way through life.

In addition to crafting these incredibly vivid characters who made me feel so much, both good and bad, Meissner also does a wonderful job making me feel like I really was in San Francisco and that I was actually there when the earthquake struck.  Her descriptions are so vivid and terrifying that my heart felt like it was in my throat the entire time I was reading those scenes.

If you enjoy historical fiction that tells a story of deception, betrayal, and heartbreak but also of sisterhood, found families, hope and second chances, The Nature of Fragile Things is a must-read for you. 5 STARS 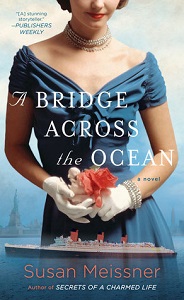 A Bridge Across the Ocean Goodreads

As anyone who has followed my blog for a while knows, I’m a huge fan of WWII historical fiction.  I’ve actually not read much about war brides though so I was intrigued to see that Susan Meissner’s novel, A Bridge Across the Ocean, focuses on them.

A Bridge Across the Ocean also features one of my favorite elements in historical fiction, a dual timeline, one in present day and the other in 1946 right after WWII.  The present timeline follows Brette Caslake, a young woman who can see and communicate with ghosts.  It can be overwhelming at times because the spirits tend to follow her around once they realize she can see and speak to them, but when Brette visits the RMS Queen Mary, a famous haunted ship that once transported war brides from England to the U.S., she meets a spirit with a tale she cannot ignore.  It sets her on a course to try and solve a 70-year old mystery surrounding a passenger who somehow fell overboard and drowned while the ship was crossing the Atlantic.  Brette knows if she can find out the truth about what happened, she can give this spirit the closure it so desperately desires.

The second timeline takes us back 70 years to follow the journey of two women who end up aboard the RMS Queen Mary on that fateful trip. Simone Deveraux is a young French woman whose father and brother, part of the French Resistance, were murdered by Nazis right in front of her. Desperate and alone, Simone runs for her life and ends up hiding in a basement for months waiting for France to be liberated. Annaliese Lange is a German ballerina who catches the eye of a Nazi officer and is soon married off to him, at her parents’ insistence because they thought it would keep her safe.  Unfortunately, that was not the case and Annaliese suffers greatly at the hands of this horrible man. After the war, Simone and Annaliese end up as roommates on the RMS Queen Mary headed to America for a fresh start.  When their ship docks in New York, however, only one of them disembarks and she is the only one who knows what happened to the other woman. Thus, the mystery that Brette is trying to solve.

I found the war brides’ timeline to be the more compelling of the two.  I was so invested in both Simone and Annaliese surviving the awful circumstances they found themselves in and was really rooting for them both to get that fresh start they so richly deserved.  Even though I wasn’t quite as invested in the present day timeline with the ghost, I still loved the way Meissner pulled all of the intricate threads of both timelines together as Brette followed the clues and found her way to the truth about what really happened on that ship.

A Bridge Across the Ocean is a captivating story of tragedy and heartbreak, love and loss, and of survival and resilience.  If you’re in the mood for a haunting mystery, you can’t go wrong with this book. 4 STARS