Top Ten Tuesday is a fun weekly meme hosted by The Broke and the Bookish. This week’s topic is Top Ten Rewind, which is an opportunity to go back and complete a Top 10 topic that I had previously missed or a topic that I really want to revisit.

I’m feeling nostalgic this week so I decided to take a stroll down memory lane and revisit some of my favorite books from when I was a kid. I even found the covers from the exact editions that I read when I was little, which made me even more nostalgic and of course totally showed my age, haha!

Books were such a big part of my childhood that I probably could have easily done a top 50 or even a top 100 favorites list.  I vividly remember that all of the books on my list either made me laugh or made me cry, brought magic into my life, or perhaps they encouraged my love of animals.  And of course, they all helped to instill in me a lifelong love of books and reading.  In fact, just thinking of many of these stories brings back wonderful memories of reading with my parents when I was a very small child.  Those memories are some of my most cherished times with my parents, which is another reason why I make it a point to read to my own son every night.  I want him to have those same kinds of memories of his time spent reading with me. 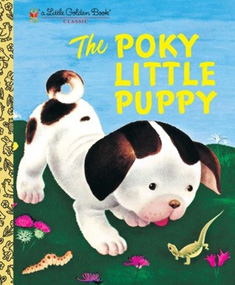 Goodreads Synopsis: One of the original 12 Little Golden Books, The Poky Little Puppy has sold nearly 15 million copies since 1942, making it one of the most popular children’s books of all time. Now this curious little puppy is ready to win the hearts and minds of a new generation of kids. (Read more…) 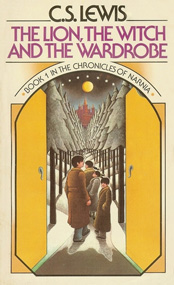 Goodreads Synopsis: ‘They say Aslan is on the move. Perhaps he has already landed,’ whispered the Beaver. Edmund felt a sensation of mysterious horror. Peter felt brave and adventurous. Susan felt as if some delightful strain of music had just floated by. And Lucy got that feeling when you realize it’s the beginning of summer. So, deep in the bewitched land of Narnia, the adventure begins. (Read more…)

3. Charlie and the Chocolate Factory by Roald Dahl 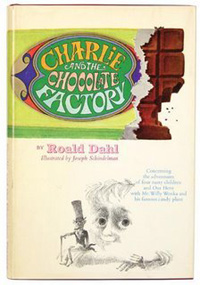 Goodreads Synopsis: Willy Wonka’s famous chocolate factory is opening at last! But only five lucky children will be allowed inside. And the winners are: Augustus Gloop, an enormously fat boy whose hobby is eating; Veruca Salt, a spoiled-rotten brat whose parents are wrapped around her little finger; Violet Beauregarde, a dim-witted gum-chewer with the fastest jaws around; Mike Teavee, a toy pistol-toting gangster-in-training who is obsessed with television; and Charlie Bucket, Our Hero, a boy who is honest and kind, brave and true, and good and ready for the wildest time of his life! (Read more…)

4. Tales of a Fourth Grade Nothing by Judy Blume 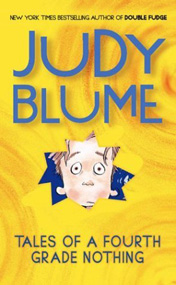 Goodreads Synopsis: Life with his little brother, Fudge, makes Peter Hatcher feel like a fourth grade nothing. Whether Fudge is throwing a temper tantrum in a shoe store, smearing mashed potatoes on the walls at Hamburger Heaven, or trying to fly, he’s never far from trouble. He’s an almost three-year-old terror who gets away with everything, and Peter’s had it up to here! When Fudge walks off with Dribble, Peter’s pet turtle, it’s the last straw. Peter has put up with Fudge for too long. Way too long! How can he get his parents to pay attention to him for a change? (Read more…) 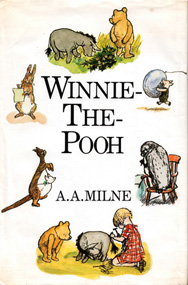 Goodreads Synopsis: A.A. Milne’s Pooh stories need no introduction; they have been loved by generations of children and their parents ever since they were first published in 1926.

In his autobiography, Milne wrote: ‘The animals in the stories came for the most part from the nursery. My collaborator [his wife] had already given them individual voices, their owner by constant affection had given them the twist in their features which denotes character, and Shepard drew them, as one might say, from the living model.’ (Read more…)

6. Beezus and Ramona by Beverly Cleary 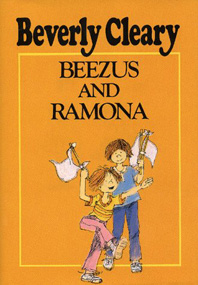 Goodreads Synopsis: Ramona Quimby is the youngest of all the famous characters in Mrs. Cleary’s wonderful Henry Huggins stories. She is also far and away the most deadly. Readers of the earlier books will remember that Ramona has always been a menace to Beezus, her older sister, to Henry, and to his dog Ribsy. It is not that Ramona deliberately sets out to make trouble for other people. She simply has more imagination than is healthy for any one person. (Read more…) 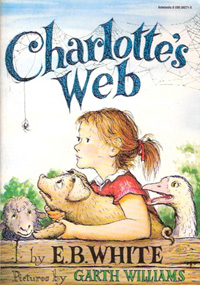 Goodreads Synopsis: Wilbur was lovingly raised by a girl named Fern. But now he’s a barn pig. He’s bored and lonely – until he meets Charlotte, the beautiful grey spider who also lives in the barn.

Charlotte thinks of a wonderful way to save Wilbur from a pig’s unhappy fate. Her clever plan will delight you, in this famous story. (Read more…) 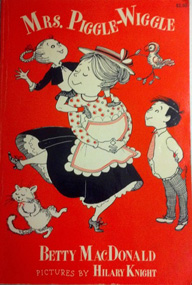 Goodreads Synopsis: Mrs. Piggle-Wiggle lives in an upside-down house and smells like cookies. She was even married to a pirate once. Most of all, she knows everything about children. She can cure them of any ailment. Patsy hates baths. Hubert never puts anything away. Allen eats v-e-r-y slowly. Mrs Piggle-Wiggle has a treatment for all of them.

The incomparable Mrs. Piggle-Wiggle loves children good or bad and never scolds but has positive cures for Answer-Backers, Never-Want-to-Go-to-Bedders, and other boys and girls with strange habits. (Read more…)

9. Little House on the Prairie by Laura Ingalls Wilder 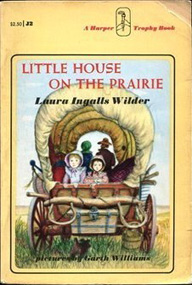 Goodreads Synopsis: Meet Laura Ingalls . . . the little girl who would grow up to write the Little House books. Pa Ingalls decides to sell the little log house, and the family sets out for Indian country! They travel from Wisconsin to Kansas and there, finally, Pa builds their little house on the prairie. Sometimes farm life is difficult, even dangerous, but Laura and the family are kept busy and are happy with the promise of their new life on the prairie.
Laura and her family journey west by covered wagon, only to find they are in Indian territory and must move on. (Read more…)

10. Bunnicula by James and Deborah Howe 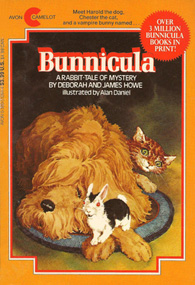 Goodreads Synopsis: It looked like an ordinary bunny to Harold. But Harold was a dog by profession, so his judgement wasn’t reliable-as he was the first to admit. But Chester, Harold’s good friend and house-mate, was a very well-read cat and he knew there was something strange about Bunnicula. For one thing, he seemed to have fangs. And the odd markings on his back looked a little like a cape. But when Chester started finding white vegetables drained dry, with two fang marks in them, he was sure Bunnicula was a vampire bunny.

So it was up to Chester-with Harold’s help- to alert the members of their household before another carrot was lost. Because as Chester warned, “Today vegetables, tomorrow the world!” (Read more…) 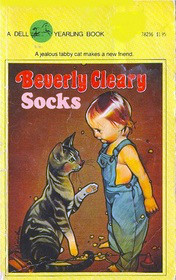 Goodreads Synopsis: Socks is the name of the newest character to be created by Beverly Cleary. He is a young tabby cat with four white paws, and he lives happily with a young married couple, Marilyn and Bill Bricker. The center of the Bricker household, Socks rules it affectionately but firmly.

Into this loving home, however, comes another pet. This creature has a small, wrinkled, furless face, and Mr. and Mrs. Bricker spend an inordinate amount of time trying to burp it. Its arrival fills Socks with jealousy and a terrible anxiety. How the rivalry between Socks and Charles William, the Bricker baby, turns into an alliance makes a domestic drama both touching and funny.

Although her story is about a cat and faithful to his point of view in every detail, Mrs. Cleary demonstrates with it the emotional upheaval experienced by a child who must learn to share his parents. As young readers come to understand Socks and his problems, they will gain a new understanding of themselves. But, most of all, they will laugh. (Read more…)

So, were any of these books favorites of yours as well?  I’d love to hear from you 🙂