This week’s TTT topic is Favorite Tropes. Now there are plenty of tropes that I wish would just disappear – instalove, love triangles, and damsels in distress would feature prominently on that list.  That said, however, it was still pretty easy to come up with 10 bookish tropes that I love seeing in the books I read. I’ve shared them below, along with a couple of my favorite books from each.

10 of My Favorite Bookish Tropes

5. MAN IN DISTRESS WHO IS SAVED BY THE DAMSEL – The Hunger Games (Suzanne Collins), Beasts of the Frozen Sun (Jill Criswell)

6. MONSTERS WHO AREN’T MONSTERS AFTER ALL – This Savage Song (Victoria Schwab), Beasts of the Frozen Sun (Jill Criswell)

Who are some of your favorite bookish tropes?  Do we share any favorites?

Top Ten Books That Will Make You Read the Day Away 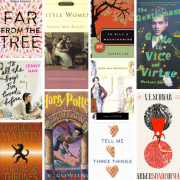 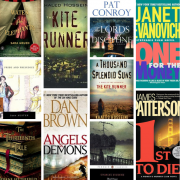 Can’t Wait Wednesday – SISTERS OF SHADOW AND LIGHT by Sara B. L...
Scroll to top