My selection for this week is THE RAGING ONES by Krista and Becca Ritchie.  I’m always on the lookout for new science fiction series and this one recently caught my eye, especially the idea that everyone knows the exact day they will die and that the three characters in this book somehow manage to dodge their deathdays.  I was recently approved for an ARC of this book and am quite excited to start it.

THE RAGING ONES by Krista & Becca Ritchie 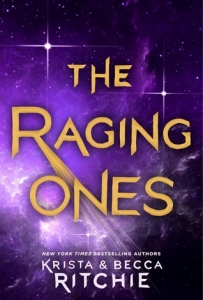 In a freezing world, where everyone knows the day they will die, three teens break all odds.

Franny Bluecastle, a tough city teen, dreams of dying in opulence, to see wealth she’s never known. Like the entire world, she believes it’s impossible to dodge a deathday.

Until the day she does.

Court Icecastle knows wealth. He also knows pain. Spending five years in Vorkter Prison, a fortress of ice and suffering, he dreams of life beyond the people that haunt him and the world that imprisoned him.

Mykal Kickfall fights for those he loves. The rugged Hinterlander shares a frustrating yet unbreakable connection with Court—which only grows more lawless and chaotic as their senses and emotions connect with Franny.

With the threat of people learning they’ve dodged their deathdays, they must flee their planet to survive. But to do so, all three will have to hide their shared bond as they vie for a highly sought after spot in the newest mission to space. Against thousands of people far smarter, who’ll live longer, and never fear death the way that they do.

Can't Wait Wednesday - ALL WE COULD HAVE BEEN by T.E. Carter

Can't Wait Wednesday - CALL IT WHAT YOU WANT by Brigid Kemmerer 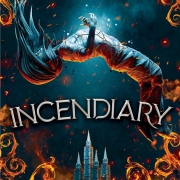 Can't Wait Wednesday - Spotlight on THE POINT by John Dixon 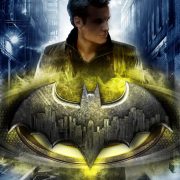 DISCUSSION: Challenge Fatigue – Can One Have Too Many Reading Challenges...
Scroll to top